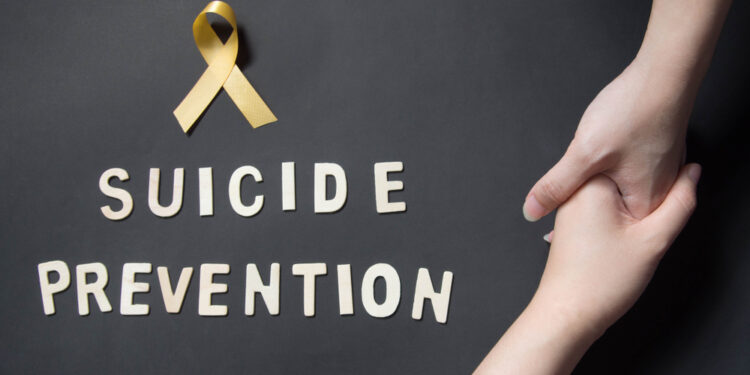 Observed annually on the 10th of September, the World Suicide Day aims to raise awareness about suicide prevention with many initiatives around the globe.

Every few seconds, someone loses their life to suicide. The figures are alarming since according to the World Health Organization, more than 700,000 people die by suicide each year. Suicides and suicide attempts have a ripple effect that impacts on families, friends, colleagues, communities and societies.

Work that is interesting and fulfilling is good for mental health, but a negative working environment or work-related stressors can lead to physical and mental health problems. However, much can be done to prevent suicide at individual, community and national levels. It is important for employers and others in positions of responsibility in the workplace to put in place measures to promote the good mental health of their employees, and to have a plan for supporting employees and colleagues with mental health conditions or who may be at risk of suicide.

Suicides at sea: Where we stand

Seafarers are amongst occupational groups with the highest risk of stress. While stress and anxiety affect a lot of people, their impacts could be more severe to seafarers due to the nature of their work. In the shipping world, mental health issues relate to the nature of seafarers’ job which is characterized not only by intensive work hours, but also by isolation, being away from family for too long, fatigue, and many others.

Recently, a research showed an increase in suicide attempts among seafarers since the beginning of 2020, in a time when COVID-19 pandemic left thousands of seafarers stranded onboard for prolonged periods away from family, adding to the already emerging issue of crew mental health. What is more, last year ISWAN noted that reports of seafarers stranded on cruise ships taking their own lives have highlighted the dearth of reliable information about suicides at sea.

According to a 2019 study by ITF Seafarer’s Trust and Yale University, positive correlations for depression, anxiety, and suicidal ideation in seafarers are:

As such, the shipping industry has increased its focus on seafarers’ mental health in the last years, referring to the major human and financial risks that could arise in case a seafarer had a mental health crisis while on duty.

Key statistics on suicide among seafarers:

Signs to look out for

• Expressing thoughts or feelings about wanting to end their life, or talking about feeling hopeless or having no reason to live;

• Talking about feelings of loneliness, withdrawal from others or social isolation, being a burden to others, or in unbearable pain;

• Agitation, violence, distress, or difficulty communicating (observed during a consultation or mentioned as problems);

• A change in eating or sleeping habits;

• Signs of cutting or self-harm;

• Arranging end-of-life personal affairs, such as writing a will; and/or

• Absence of supportive family members or other psychosocial support.

4 Effective Interventions that can prevent suicide

The guide focuses on the following interventions as effective ways to prevent suicides:

What you can do to prevent suicide

#1 Stigma and taboo
Stigma, particularly surrounding mental disorders and suicide, means many people thinking of taking their own life or who have attempted suicide are not seeking help and are therefore not getting the help they need. Raising community awareness and breaking down the taboo is important for countries to make progress in preventing suicide. In this context, the International Association for Suicide Prevention has recently lauched the report, Decriminalising Suicide: Saving Lives, Reducing Stigma, examining the civil laws which criminalise suicide and the implications they have around the world.

Research has shown that many people who die by suicide have seen a health worker in the previous month. Therefore, all health workers have an important role to play in recognizing, assessing and supporting people who are at risk of suicide.

Also, WHO highlights that media reports have the potential to either strengthen or damage suicide prevention efforts. Responsible reporting about suicide can help educate the public about suicide and its prevention, offer hope to people at risk, reduce stigma and inspire an open and positive dialogue.