World Mental Health Day: Making mental health a priority in shipping and beyond

by The Editorial Team
in Maritime Health, Mental 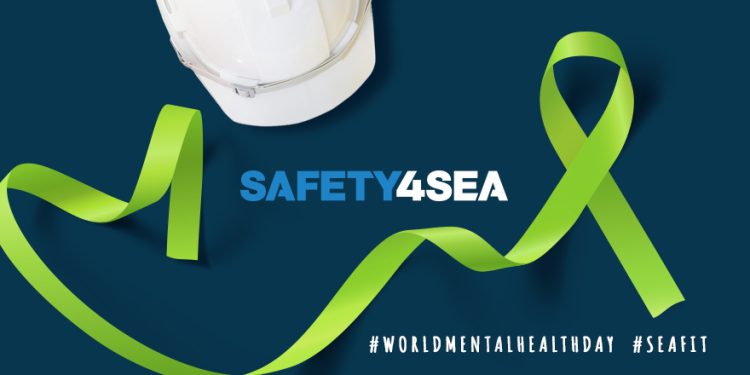 As the topic of mental health is becoming increasingly relevant in the business sector and every aspect of life, with current data showing that at least one in eight people globally is affected by mental health issues, the global community is rejoining its forces on World Mental Health Day to “Make Mental Health & Well-Being for All a Global Priority”.

Exacerbating geopolitical tensions, growing social and economic inequalities, conflicts, violence, and public health emergencies are currently affecting a great part of the world’s population, threatening progress toward improved well-being. This makes awareness of mental health an imminent need worldwide. In the shipping sector, the nature of seafaring is characterized by separation from family and loved ones, isolation and increased workload, which has made the industry long ago to put mental health high on its agenda of urgent issues to be addressed.

Mental health and seafarers: Where we stand

The often-high pressure and demanding nature of work can create more high-stress conditions for seafarers compared to workers in other sectors. Several factors put seafarers amongst the occupational groups with the highest risk of stress. Latest research on the topic indicated more risk factors associated with poor mental health among seafarers, such as:

Working in business? How psychotherapy can be a life-changing experience

Needless to say, the recent crew change crisis as a result of the COVID-19 pandemic, which left thousands of crews trapped onboard beyond contract limits, increased reports of deteriorated mental health among seafarers. Dedicated helplines from ISWAN and MHSS saw an increase in the number of calls from seafarers asking for psychological support in the months following the start of the pandemic.

Mental health of seafarers: Why is it critical?

Seafarers’ mental health is not only an essential human right, but also a critical factor for safety, a recent report by Lloyd’s Register and Lloyd’s Register Foundation showed. As explained, seafarers’ work is wide-ranging, often highly technical and labour intensive, including safety-critical operations carried out in the engine room, navigating from the bridge or performing cargo operations at ports.

As such, crew need to be alert, engaged and ready to perform. In such a dynamic environment, maintaining the mental wellbeing of these individuals is critical to safety,

Studies have shown that fatigue and perceived lack of support whilst working at sea both have adverse effects on mental and emotional wellbeing. Commonly reported psychological issues among seafarers include anxiety, depression, sleep deprivation and increasing experiences of isolation.

These issues affect the quality of life for an individual when at work as well as their social circle during their leisure time, meaning that it becomes a social burden.

WHO will work with partners to launch a campaign around the theme of Making Mental Health & Well-Being for All a Global Priority. This will be an opportunity for people with mental health conditions, advocates, governments, employers, employees, and other stakeholders to come together to recognize progress in this field and to be vocal about what we need to do to ensure Mental Health & Well-Being becomes a Global Priority for all.

According to WHO, this increase in the prevalence of mental health problems has coincided with severe disruptions to mental health services, leaving huge gaps in care for those who need it most. In addition, despite progress in some countries, people with mental health conditions often experience severe human rights violations, discrimination, and stigma. The United Nations’ ‘Good Health and Well-being Sustainable Development Goal’ calls for 80% of nations to integrate mental health into primary healthcare by 2030. However, WHO data published in 2021 showed only 25% of nations had a system in place to do so.

We must deepen the value and commitment we give to mental health as individuals, communities and governments and match that value with more commitment, engagement and investment by all stakeholders, across all sectors.

For the maritime sector, which is particularly challenged by the topic of mental health, a recent study showed there are numerous steps that maritime managers could take to improve the wellbeing of their crews, including increased monitoring of the potential for poor mental health, increasing crew numbers and provision of education and support. In addition, the recent LR study highlighted the following pathways for shipping companies to boost mental health among crews: