World AIDS Day: How aware are you against STIs onboard?

by The Editorial Team
in Maritime Health, Maritime Knowledge 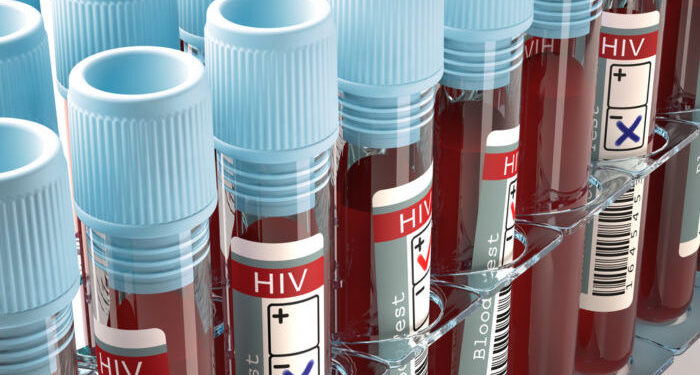 On 1st December each year, the World AIDS Day aims to spread awareness on a disease which caused an estimated 770,000 deaths worldwide in 2018 only. This is an issue concerning all people and those working onboard ships as well. Due to the nature of their work, seafarers bear a great risk since the constant traveling increases probabilities of sexual activity with casual partners all over the world.

As such, this day is a great opportunity to focus on the issue of Sexually Transmitted Infections (STI), as the presence of an untreated STI can increase the risk of becoming infected with HIV among others, the virus causing AIDS.

It is estimated that nearly a million people get a Sexually Transmitted Infection (STIs) every day!

But lets us take things from the beginning.

The human immunodeficiency virus (HIV) targets the immune system and weakens people’s defence systems against infections and some types of cancer. The most advanced stage of HIV infection is acquired immunodeficiency syndrome (AIDS), which can take from 2 to 15 years to develop if not treated, depending on the individual.

Anyone can get HIV; it can happen to both men and women. The HIV virus is transmitted in blood and body fluids and so infection mostly arises from:

HIV cannot be transmitted by normal social contact, via insects, via normal skin contact or via toilets.

A glimpse of statistics

In general, unprotected sexual intercourse carries the highest risks for the most dangerous sexually transmitted infections.  There are specific tests that check for those in health clinics. In any case, if someone is worried that he/she might have HIV or any other STI, it is important to get tested as soon as possible.

If the person with HIV is not on good treatment they can give HIV to someone else by having sex without using a condom and / or sharing needles with other people. HIV can be also passed from a mother to her baby during pregnancy if she is not on treatment.

There are many ways to keep yourself safe from HIV. People will not get HIV from touching, kissing, sharing things like knives and forks, glasses and cups.

There is no cure for HIV but there are medicines that can keep people healthy, meaning that the person with HIV cannot give it to someone else. In particular, people with HIV who are diagnosed in good time and take their medication can live long and healthy live like everybody else. For these reasons, there are many people and places that can help.

Why is the risk of Sexually Transmitted Infections increased for seafarers?

Note that there is no risk of acquiring any sexually transmitted infection from casual day-to-day contact onboard.

HIV/AIDS is a maritime issue. Not only because it affects the workforce, but also because ships have a role to play in the wider struggle to limit the spread and effects of the epidemic,

Which are the main Sexually Transmitted Infections?

HIV is only one of the most common STIs. Many people do not develop any symptoms when they first become infected with HIV, while others get a flu-like illness within three to six weeks after exposure to the virus. The only way to know if you are HIV-positive is to have a test. Over time, infection with HIV weakens the immune system leading to difficulty fighting off certain infections, leading to AIDS. While there is no cure for AIDS, drugs can be used to suppress the HIV virus and preserve the immune system for as long as possible.

Other Sexually Transmitted Infections include:

How can shipping companies reduce the risk of Sexually Transmitted Infections?

Concluding, taking into consideration that pre-employment HIV testing is illegal in many jurisdictions, responsibility for HIV testing lies within the individual.

In any case, HIV is not a condition for obtaining employment. It may lead to discrimination against the person either by denial of employment or harassment by other workers. 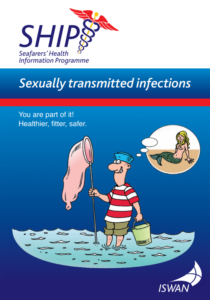 The theme of this year’s World AIDS Day is “Communities make the difference”, to highlight that power in fact rests in the hands of the people, as can be seen in countless local, national and international movements to redistribute power and bring greater attention to neglected issues.