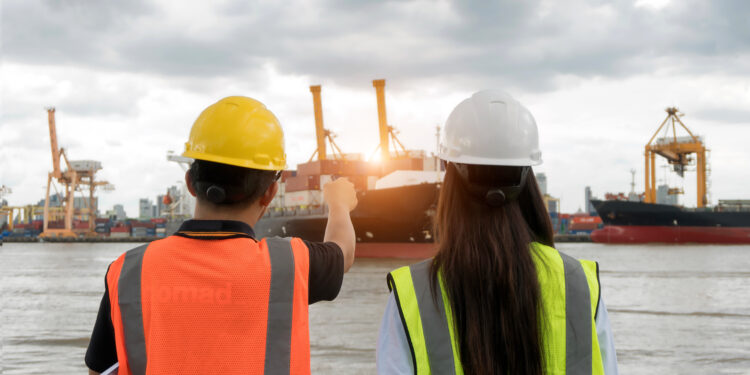 On 11 February, the global community celebrates the International Day of Women and Girls in Science, aiming to defy gender bias and defeat discriminations that holds women and girls back in STEM (Science, Tech, Engineering and Math) fields.

This is why the UN General Assembly, a few years ago, adopted resolution A/RES/70/212, declaring 11 February as the International Day of Women and Girls in Science.

From this perspective, if women are left behind in science fields, they are also left behind in workforce. Recently released data by ILOSTAT showed that the median gender wage gap for 115 countries is 14% in favor of men, while male-dominated occupations have even higher wage premiums for men, which shows that progress is needed in many areas and in every region to achieve gender equality in the labour market.

Maritime specifically is a main area of concern for gender equality in workforce, as very few women normally opt for careers onboard (currently accounting for less than 2% of world’s seafarers) and much less in the engineering department.

But why would women hesitate to participate in science fields? In year 2020, common myths like “girls are not as good at maths as boys” hopefully exist in our memory only as superstitions. Let us take the example of marine engineering:

-Lack of awareness: As highlighted in the latest CAREER4SEA Forum, schools hardly emphasize on informing students of potential career prospects in shipping. Meanwhile, parents tend to discourage their children to choose a job that requires long stay at sea.

-This is a man’s world: Entering a male-dominated industry often comes with feeling left out or even worse, having your capabilities questioned. Perceptions who want such jobs to be meant only for men comes with stereotyping that women are incompetent to do a man’s job, they won’t like getting their hands dirty and much more.

-Lack of role models: The aforementioned situation leads to a vicious circle where girls won’t choose to go onboard because they lack the stimulus of role models and role models won’t exist because girls don’t opt for such careers.

Less than two years ago, Hellenic Seaways became the first Greek shipping operator to appoint a woman in the position of Chief Engineer.

Of course, lack of female engineers is only a small example of the overall challenge. If we take as an example the technology landscape, as expressed through Big data, cyber, and IoT applications, that constitute emerging opportunities for shipping and any other industry, we will see that women are also a distinct minority.

If the fundamental nature of work is changing, this the perfect time to re-examine and reassess traditional roles and expectations in the workforce and that means embracing diversity.

Most organizations cannot realize they should put more focus on gender equality as a key component of sustainability, as diversified skill sets cannot only make them more profitable, but also help them survive in the constant changing landscape.

This day is only a part of the puzzle of global discussions, stressing the need for more empowerment of girls in educations and of women in the workforce.

To rise to the challenges of the 21st century, we need to harness our full potential. That requires dismantling gender stereotypes. On this International Day of Women and Girls in Science, let’s pledge to end the gender imbalance in science.

A glance of statistics 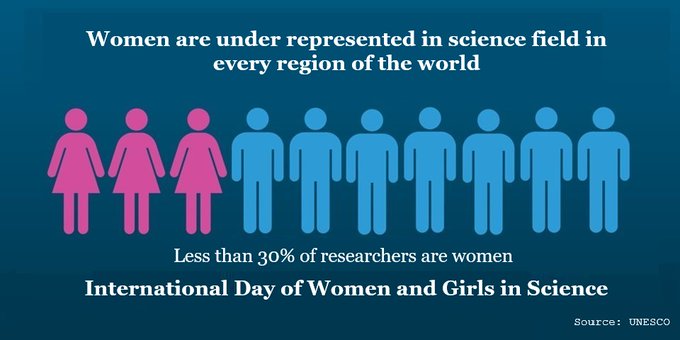 Follow the UN hashtag dedicated on this day at #WomenInScienceDay