Why GRIT is important 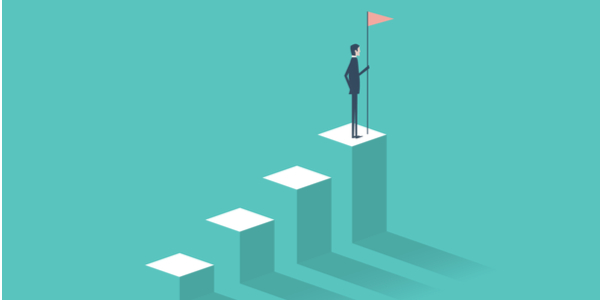 Have you ever wondered why some people succeed and some others fail? What is really hiding behind every success? Is success coming from natural talent or strong effort? Considering the above questions, the psychologist Angela Duckworth, focused on those matters and conducted an extensive research highlighting the importance of grit, as a key point in every achievement.

Specifically, grit in psychology clearly means perseverance and passion for long-term goals. In other words, sticking to your goals and not being distracted by any obstacles or failure.

Grit isn’t talent. Grit isn’t luck. Grit isn’t how intensely, for the moment, you want something. Instead, grit is about having what some researchers call an “ultimate concern”–a goal you care about so much that it organizes and gives meaning to almost everything you do.

What is more, studies have shown that grit comes through sustained application of effort.

However, people sometimes have the tendency to stuck at natural talent and overlook the importance of effort. You may have heard someone say: “good effort but you’re not talented enough”.

According to Duckworth, if talent counts once, effort counts twice. In her book GRIT, Duckworth marks the above formula:

Although grit is the biggest predictor of life-long achievement, being gritty is hard, as it is extremely difficult to deal with disappointment and ignore giving up.

However, the good news is that we all have the ability to develop how to stick to something and grow our grit, if we focus on:

#1 Develop a fascination
Develop what really intrigues you. You may first try different things until you’ll find something that you’re passionate about. But by finding what fascinates you, you will find the capacity to stay gritty and achieve something great.

#2 Strive to improve yourself each day
Aim to better improve yourself and compete with who you were yesterday. Try to push your abilities and seek a never-ending improvement. Always keep in mind as a golden rule: “whatever it takes, I want to improve. It doesn’t matter how excellent I am.”

#3 Remind yourself of a greater purpose
Higher levels of purpose are directly correlated to higher levels of grit. It is largely up to you to determine what purpose or greater meaning your work has, as in whatever you come up with, can advance your level of grit.

#4 Adopt a growth mindset
To be gritty, you need to scrap the theory that your abilities are fixed because it is simply not true. Neuroscience has shown that there is an enormous capacity to change our brains and learn new skills as we get older, through sustained effort and experience. Although sometimes is hard to push forward and not give up, having a growth mindset in your everyday life proves to be fruitful.

Overall, Duckworth marked that we can all one day become more than we believe we can, by start taking action, despite how untalented we may think we are. In the end, grit matters more than talent.

–“However difficult life may seem, there is always something you can do, and succeed at. It matters that you don’t just give up” Stephen Hawking –