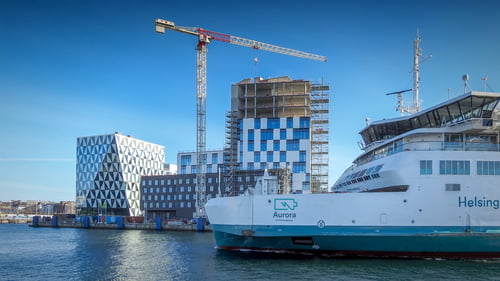 As shipping is exploring its potentials to meet ongoing environmental requirements, battery technologies are seen as an attractive opportunity for the short sea sector to reduce fuel consumption and emissions. What are the main drivers shaping batteries as the next big trend for maritime sector?

The decarbonization landscape in shipping

Maritime decarbonization is an increasingly relevant topic as the world is struggling to get in line with the targets set by the landmark Paris Agreement of 2015. Latest analysis by Climate Action Tracker (CAT) revealed that 36 out of a total of 37 countries -which made up 80% of the world’s total emissions and which included all of the G20 states- are off the 1.5 trajectory, despite an alarming 2021 analysis by IPCC that showed some climate change consequences are already irreversible.

Among the key issues discussed currently in shipping is that the industry is ready in terms of technology, but legislation, globalization and industry fragmentation are considered among the key barriers for a unified approach to reducing emissions. For example, the COP 26 climate summit, which took place in November in Glasgow, left mixed feelings for the effectiveness of future fight against climate change, by unveiling the great discrepancies in the approach of each state and eventually achieving a global agreement to speed up action to reduce emissions, but in a what-was-seen-as insufficient level of ambition, as this was not the same among all participating countries.

In this constantly reforming landscape, the industry has shed a focus on net zero solutions. In recent years, marine electrification has seen a growing interest with several ports offering shore-power solutions for ships at ports, as a solution to minimize emissions while at berth. Batteries are generally seen as a solution to improve efficiency through energy storage, thus optimizing the cost of operations and reduce emissions. According to SINTEF, Norway’s independent research organization, some of the benefits of installing batteries on marine vessels include:

In an earlier interview to SAFETY4SEA, Mr. Brent Perry, CEO of Shift Clean Energy has earlier explained to SAFETY4SEA summarized the benefits of marine batteries:

What are the main barriers?

Of course, driving the transition from diesel to electricity does not come without challenge. Shore-power projects are difficult and expensive, with few if any going ahead worldwide without government support, a 2021 report by BPA revealed. For example, a barrier to the faster adoption of shore power in the UK is the fact that ports often encounter lack of energy network capacity in their area, and complex regulation of the energy system.

In the meantime, while marine batteries offer exciting opportunities for shipping, the pace of adoption is faster than the development of appropriate safety standards. Many of the electric vehicles (EVs) on the road today are powered by Lithium-Ion batteries (Li-ion), but fire risk is a major area of concern. A recent report by ABS showed that, while Lithium ion (Li-ion) type batteries currently dominate battery technology in maritime systems, safety risks and their limited energy capacity have created a need to explore alternatives. Recently, David Townsend, Principal Fire and Explosion Investigator with AMA, explained the issue to The Standard Club:

Some of the basic and widely relied upon fire safety principles are not available for Li-ion battery EV fires: there is no effective or practicable potential for early detection, warning, or fire suppression. There are no effective portable firefighting appliances. There is, currently, no effective and capable fixed firefighting installation. Even a modern, full-time, public fire service is unable to control a Li-ion EV fire in any timely manner. In short, at present, no ship’s system or crew nor any port or public fire service is capable of dealing effectively with the risk aboard.

As with any alternative technology, it is more than evident that batteries are not a one-size-fits-all solution related to shipping emissions. Current issues show the Li-ion battery is a technology that will be surpassed by further technologies, but the marine batteries landscape will not be drained as an attractive alternative as the world progresses to a greener future, with IMO continuously exploring the industry’s green pathway and the EU having already agreed to set the EU on the path to becoming the first climate-neutral economy and society by 2050, in line with Paris Agreement.

Addressing regulation barriers and safety constraints are expected to make marine batteries’ progress happen even faster. For instance, ABS report shows higher capacity batteries would allow for more efficient hybrid vessels and could potentially make all-electric vessels more viable. Examples of new promising alternatives include metal-air, REDOX flow, ammonia, and solid-state batteries. Clarifying standards will be a good start and, as a growing acceptance on marine batteries is observed, 2022 is expected as promising in this regard.