What is the role of nuclear power in shipping decarbonization? 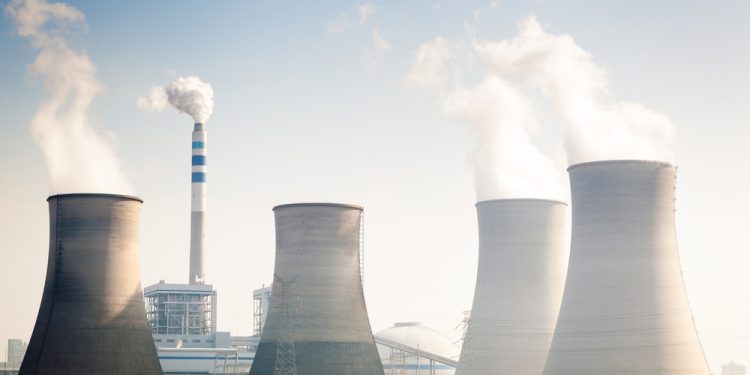 Can you imagine a ship not needing to refuel for the next 25 years? While the shipping industry is vividly exploring all its possible options to reduce emissions, nuclear power is gaining ground in the decarbonization debate.

The shipping industry has long ago realized that climate change is a real challenge. This is reflected, among others, in IMO’s strategy aiming to reduce carbon emissions from ships by at least 40% by 2030 and make the entire sector net zero by 2050, which has made an alternative fuel source a necessity, while creating a hassle among shipowners as to which the most efficient solution is in terms of costs and emissions.

Among the most attractive ones are zero-carbon fuels, such as ammonia and hydrogen or alternative options such as LNG. But committing to one of these options may turn out a real risk as the future bunkering infrastructure might not be advanced enough to support a ship traveling in every region of the world, creating significant operating challenges.

So, lack of appropriate infrastructure is a key impeding factor for the smooth integration of alternative fuel options, while the growing fuel costs lately redirect attention to another alternative possible alternative: nuclear power.

Nuclear power and the nuclear-powered ship

Nuclear in shipping is nothing new, as the technology has been used for powering naval ships and submarines for at least 7 decades. However, the technology was not developed commercially due to high operating costs and the stigma surrounding nuclear power in the 20th century.

In order to be tailored to the needs of the shipping industry, said Mikal Bøe, CEO of Core Power UK Ltd to the North P&I Club, nuclear technology needs to meet three important criteria:

A new type of nuclear-powered vessel, using the Molten Salt Reactor (MSR), is currently under development and meets these standards, said Bøe.

Generally speaking, among the advantages of the MSR technology on a ship are:

Nuclear power has proved significantly powerful also for icebreaking, which is why nuclear-powered icebreakers have been operating in the Russian (and formerly Soviet) Arctic for decades.

The Soviet icebreaker ‘Lenin’ was the world’s first nuclear-powered surface vessel in 1959 and remained in service for 30 years.

The main disadvantage of MSR for shipping is the immature technology and regulatory framework. However, administrations like the UK have officially included the nuclear ship in their future strategies, which leaves an open ground for faster development of the respective legislation, noted Mr. Bøe.

In addition, the high installation and operation costs for a nuclear reactor have been key factors against the adoption of this option among shipowners. This is why most nuclear ships currently in operation are military.

On the other hand, the fact that nuclear-powered ships have a priori a fixed cost of energy for their whole commercial life (as they do not need to be refueled) provides a significant advantage for long-term contracts of affreightment (COAs) and charters, said Edmund Hughes, Ph.D., of Green Marine Associates to North Club.

Safety and the nuclear-powered ship

Safety is a big concern when talking about nuclear-powered technologies, but the passive safety features of the MSR make it a tailored-made solution for maritime, said Bøe.

We will ensure that every reactor is built to the highest standards, is carefully controlled, monitored, and managed by vetted, qualified personnel. It will only be installed on floating assets which are flagged in appropriate jurisdictions.

The way forward for the nuclear-fueled ship

Nuclear is a political hot potato but things are changing. To date, the nuclear industry has been poor at communicating to stakeholders. This led to an anti-nuclear voice dominating media and public discussions,

However, in contrast to conventional naval pressurized water reactor (PWR), the MSR technology changes the narrative, providing the flexibility of zero refueling and zero pollution. Therefore, the current landscape for the nuclear-powered ship is shaped on the dipole, on the one hand, of low fuel costs and zero environmental footprint, and on the other hand, of the high operating costs and the public stigma associated with conventional nuclear technology.

Meanwhile, training and regulation remain two important factors in the nuclear-ship debate. Training is nothing new as crews serving onboard gas carriers are already receiving special training for this ship type, argued Bøe.

Regulation remains immature, though. The current regulatory framework, including IMO Resolution A.491(XII) ‘Code of Safety for Nuclear Merchant Ships’, needs to be revised to ensure that the risks of advanced nuclear technologies are appropriately and proportionately mitigated, Hughes suggested.

The biggest risk remains doing nothing, as it would create a barrier to the deployment of these advanced nuclear technologies.