What does safety culture mean in shipping? 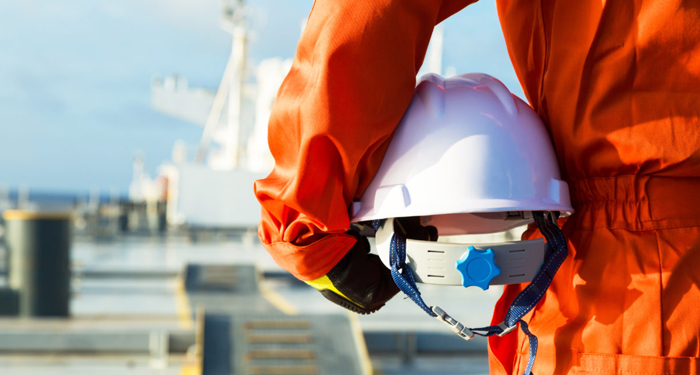 Safety remains a top priority for shipping, especially in these challenging times of mental tiredness which make the need for safety conscience bigger than ever. In this respect, a bigger focus on seafarers’ human aspect and mental wellbeing is the one thing that could have the most profound impact on the industry’s safety culture, shipping experts agreed during a recent SAFETY4SEA Talk.

Although safety culture is too complex to fit a strict definition, a widely accepted definition touches upon a set of values, attitudes, and practices that management and personnel share in order to be effective, thus requiring a strong commitment from the top and full engagement from all stakeholders.

When asked to define safety culture from his organization’s perspective, Capt. Pradeep Chawla, Managing Director, QHSE and Training, Anglo-Eastern Ship Management Ltd, said that safety culture is seen when every employee of the company -from the chairman down to the ordinary seaman- believes in safety and thinks about safety in every decision.

A way to measure that would be ‘what people do when they are not being watched’. An analogy is if there are no speed cameras on the highway would you drive without speeding up? Would you follow every rule even if it costs more money or time? If you have achieved this in your organization, you have achieved safety culture,”

On her part, Dr. Claire Pekcan, Director, Safe Marine, noted that the culture of an organization is something that exists aside from its membership, so it is perpetuated and persists even though the organization may change. She also stressed that safety culture is different from safety behavior, (i.e. whether they wear PPE or follow procedures) which is a reflection of the safety culture but is separate from it.

So, to me, it is a learned set of behaviors and approaches to the value of people’s lives, the value of profit before people and things like that. I think it is almost intangible and it is driven by people’s beliefs about what is important and about whether accidents can be prevented or not. I think it is reflected in the practices and the rituals that an organization may have, i.e. if they hold safety committee meetings and what happens at those meetings. And I think it is driven largely by the senior members of an organization and their values: do they value people or profit?”

When you have that conscious and diligent approach, -whether you are an architect who is designing the ship or somebody in the shipyard who is constructing the ship or a chief mate or a master or an AB-, you have to do with the worst-case scenario in mind and then you take each step on completing the operation with that mentality: I am prepared to deal with an emergency, in providing people with the right education and training, to have a reporting -not blaming- system, to learn. We all have many limitations but we all have a lot of capabilities and I think it is harnessing those capabilities to move from those situations where we have a team, watching each other’s backs,”

Finally, Erik Green, CEO, Green-Jakobsen A/S, borrowed the theory of Edgar Schein to explain that safety culture is like an onion, containing stuff you can see and stuff you cannot see before start peeling it. In the first layer, there is some visible evidence of culture; onboard, these are signs, life rafts, fire extinguishers, people conducting meetings, etc. The second layer, when you start peeling it (and when you start crying if there is the wrong culture), is to express values from safety culture perspective: talk about procedures, checklists, policies.

But what is clear is that there is often a big difference between talk and walk, so the core of a culture is what is called fundamental beliefs in accordance with Schein, who says that when you peel off the last layer and go behind the words and start observing what actually goes on, you can say what are those we really believe, what are the actions we show and how is this reflected in everyday life/ that is what he calls fundamental beliefs. At the fundamental beliefs, you could actually see how people do their business,

How has safety culture evolved over the last years?

In the last 20-30 years, everything about safety in our industry has improved significantly, pointed out Capt. Chawla, with the commitment of people onboard and regulatory changes being the most fundamental drivers for it:

Society, in general, has become more aware of preventive measures in accident prevention and this has helped the shipping community to learn from things. Environmental improvements have been driven more by society than by regulatory framework in the past,

I think in the past, there was this thinking that as long as someone have their safety certificates, they should behave safely and be up to do their job. There was not such a big understanding on how the environment is supporting somebody’s performance at the end of the day,

However, there have been two main barriers to the evolution of safety culture in shipping:

The first is the globalized nature of the industry that makes it a fragmented industry, unlike the airline industry, for example, which has a handful of manufacturers.

That globalization is a benefit and, at the same time, a barrier to improvements because things have to be agreed across the world. The globalized nature also means that people are still not even agreeing about how to send a crew list to the shore authorities,

The second barrier has been the pattern of handling the human resources, he mentioned.

There is a tendency of feeding the human workforce as contracted labor and having this constant to look for the cheapest nationality. In any industry, in order to create a sustainable company, you need a wonderful workforce, you need to keep best people and reward them. But with the fragmented nature of our industry, we have slower growth with that thinking. The millennials don’t think exactly the same way of accepting things in status quo. They are challenging the norms of the past and that is helping in making further improvements.

When asked to share the one thing that could have a profound or immediate impact in order to boost safety culture in the industry, most speakers agreed that seafarers are the biggest investment today.

The pandemic has taught us the importance of seafarers but also their vulnerability. So, the one thing that I would like to see is an ISM-type Code for health and wellbeing/ until we get it on the statue books, I don’t think we will see any vast improvements in the mental health and wellbeing of seafarers. The reason why I think it would have a profound impact is that it would start to make seafarers recognizable as people. Securing their mental health will improve their performance and it might even make seafaring as a career a more attractive proposition,

I also think seafarers are the biggest investment today. I think we need to upskill them, and we need to invest in them. I think this pandemic has shown they are very vulnerable. Recently we saw the report about the Wakashio that went close to the island because they wanted to get internet signal. So, we have to realize that these people are not living in conditions which we are quite used to today ashore. We need to give them more respect and narrow the gap in training,

Seafarers are humans, they have thoughts and feelings; they are a resource. They are not something you look at as a number with a tick box. It is something you invest in,