What about women seafarers’ rights? 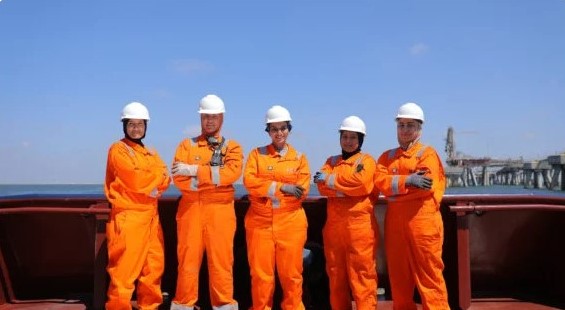 Gender equality in shipping is seen as a key pathway to economic sustainability and better performance. Despite international efforts to increase female participation in shipping, women still constitute just 1.2% of the global seafarer workforce, according to 2021 figures by BIMCO and ICS. This is a 45% increase from 2015 but still represents slow progress. What is the role of legislative framework in ensuring more women in shipping?

The road to gender equality at work has been long and legislation has a big role to play. A good example is how a growing global focus on gender equality and a shift to better work-life balance post-COVID have made paternal leave a hot topic in Europe at the moment. For instance, as of 4 April 2022, all EU member states are required to offer a minimum of 10 days of paid paternity leave.

This measure seeks to address any hesitations by business leaders to employ women out of fear that they will have to provide them paid maternity leave. For some countries, this measure will result in major legislative changes in order to comply with this new European directive. But what about shipping?

Report: Target of minimum percentage of women in maritime management positions must be set

From 1920 to 1996, the International Labour Organization put into force 39 Conventions safeguarding the rights of seafarers. Until today, the leading regime harmonizing all of these efforts is the Maritime Labour Convention (2006), which guarantees the following rights for seafarers:

Along with ensuring seafarers’ fundamental rights, the shipping industry has more recently shed a focus on encouraging bigger participation of women specifically in the sector. This is often in line with overall strategies set by the United Nations aiming to boost gender equality in the workplace.

IMO: Among other efforts in the last years, the IMO established, for the first time in 2022, the 18th of May as the International Day for Women in Maritime.

Despite global efforts, the shipping environment remains a challenging area for female seafarers.

Why are there fewer women in shipping?

The limited female participation in the shipping workforce (especially onboard cargo ships) has been a high-level topic across the industry for several years now. There are several reasons why women are less in shipping but can be summarized in the following two:

#1 The nature of the industry

Upon entering a man-oriented environment, women may often have to work harder in order to “prove themselves” or to seek acceptance and be seen as able to perform their job, according to ILO.

Shipping has been always seen as a male-dominated sector due to the physical nature of the job, lack of monitoring onboard that could allow harassment, and most importantly, because of being an ancient industry heavily rooted in tradition.

All these lead to fewer role models that would encourage women to pursue shipping careers, creating a vicious cycle of low female representativeness.

Until this day, there are several shipping firms that are not willing to hire women seafarers. For example, a great deal of discussion surrounds maternity as a key constraint leaving women behind in pursuing seafaring careers.

As of 2020, of the 88 countries which had ratified MLC Convention (2006), only 54 provided maternity benefits as part of their social security protection. Despite violating ILO’s Maternity Protection Convention of 2000, pregnancy testing is widespread for women seafarers before going onboard, mostly in the cruise sector.

What can be done?

In a recent issue of Sea of Change publication, Adv. Manisha Tiwari and Mr. Mrinal Aiyappa from the International Maritime Law Chambers (IMLC) recommended that: