The SAFETY I vs SAFETY II debate

The Emperor has no clothes, says Dr. Dominic Cooper 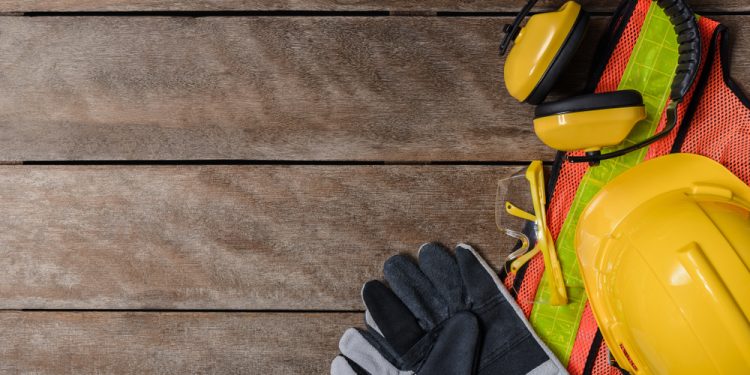 “Safety-II” or “Safety Differently” have made headlines in recent years as an evolutionary complement of the conventional safety thinking, referred to as ‘Safety I’. The new safety concept comes to dislodge the interest from ’what goes wrong’ to ‘what goes right’, reminding that safety management should not only be reactive, but proactive as well.

However, recent research approaches Safety-II, or the “New-View” as it is framed, as a collection of untested propositions, questioning whether these are valid or not.

What exactly is the New-View?

Officially seen as “Resilience Engineering (RE)”, this New-View concept has emerged in recent years aiming to redefine the way in which health and safety practitioners see safety, the role of people in safety; and how businesses specifically focus on safety. As a leader in the Safety-II concept, Professor Erik Hollnagel says the term is concerned with ensuring how and why things go right, rather than how and why they go wrong, as is the case with the Safety-I concept. Meanwhile, the closely related term of “Safety Differently” rejects the notion of “human error” as incident causation, viewing them as symptoms of system problems affecting Human Factors, according to Professor Sidney Dekker who has led research on the topic.

While the conventional approach focuses on prevention of harm through standards and rules, Safety-II focuses on promoting long-lasting resilience by promoting the human ability to work safely without adhering to the rule book. For example, an accident investigation under the scope of Safety-I is to identify the causes of adverse outcomes, while risk assessment aims to determine their likelihood. On the contrary, accident investigations under Safety-II seek to understand how things usually go right, as this forms the basis for explaining how things go wrong.

For shipping, an industry particularly vulnerable to safety and heavily reliant on rules and regulations, progressing from traditional safety approaches can be challenging, if not risky. Human error is estimated to account for around 80% of maritime accidents, but this cause is pretty vague and “barely scratches the surface of an incident investigation”, Alvin Forster from the North P&I Club has told SAFETY4SEA, arguing that, if someone did something wrong, then it is vital to understand why they did it.

Challenging this new approach, a position paper by Dr. Dominic Cooper, a pioneer of behavioral safety and award-winning author, sparked discussions on a Safety-I versus Safety-II debate, arguing that there has been no peer-reviewed empirical evidence demonstrating whether any aspect of New-View’s propositions are valid and whether the New-View actually increases safety or reduces accidents. After being reviewed for over 15 months, the paper sparked controversy and nurtured the safety I vs Safety-II debate. The challenges regarding New-View, according to Dr. Cooper, surround the following areas:

While the dipole “Safety-I = working safety” – “Safety-II = working safely” is an appealing way to approach conventional thinking on safety, Dr. Cooper argues that focusing on what goes right also presupposes a corresponding understanding of what goes wrong.

New-View writers and advocates have not defined a set of practical processes, tools, activities or combinations thereof, by which to improve safety per se. They rely on existing Safety-1 methodologies while persuading companies to adopt their ideas,

While Safety-1 sees people as “problems to be controlled”, New-View sees people as responsible contributors to solutions. However, the paper argues, the new concept misses the link of employee engagement, considering that engaged employees are less likely than non-engaged employees to experience safety incidents. According to Dr. Cooper, New-View advocates do not appear to offer new employee engagement practices, different than Safety-1 practices.

“The New-View writers’ need to explicitly call for companies to cede all decision-making power for safety to employees could be seen as a risky proposition: not least because it may blur boundaries between managerial and employee job roles that could cause relationship problems and may also require much more effort be put into safety communications to ensure everyone has necessary safety information at the right time and the right place.”

At a time when progress on safety has reached a plateau in many industries, Dr. Dekker has argued, “it seems that doing more of the same is simply going to get us more of the same – not something different.” The new concept provides people with the opportunity to encounter safety as an ethical responsibility rather than a bureaucratic obligation.

However, New-View advocates do not specify exactly what safety, as an ethical responsibility, actually means, says Dr. Cooper. An issue with increased safety bureaucracy is that some regulators use one-size-fits-all action-level goals for every business, either small or big, but this does not mean that SMSs are not vital in every organization. For instance, a major issue identified on the aftermath of Deepwater Horizon disaster was the lack of efficient SMS, strongly supporting that an SMS is vital for low-frequency events.

What does this mean for the future of safety?

Amid the complex nature of safety, it is probable that Safety-II serves as progress rather than a replacement of Safety-I, making the two concepts complementary. Indeed, from the very start of Safety-II emergence, Dr. Hollnagel underlined that “Safety-II is not a new discipline or a new practice but rather a new perspective on what happens and how it happens.”

Additionally, in an industry where human error is attributed to the majority of casualties, the view of humans as a safeguard and not a liability will be the foremost challenge. A starting point for organizations interested in a more progressed way of thinking is to emphasize on enhancing their employees’ resilience, as the ability to monitor things and handle situations, but the role of standards and regulations cannot be underestimated.

Both Safety-1 and New -View use exactly the same Safety-1 methodologies to tackle safety problems, albeit they might be used in different configurations…The inescapable conclusion, therefore, is ‘the emperor has no clothes’ and that ideology and emotion has triumphed over science and practice,