The role of communication to the retention of seafarers 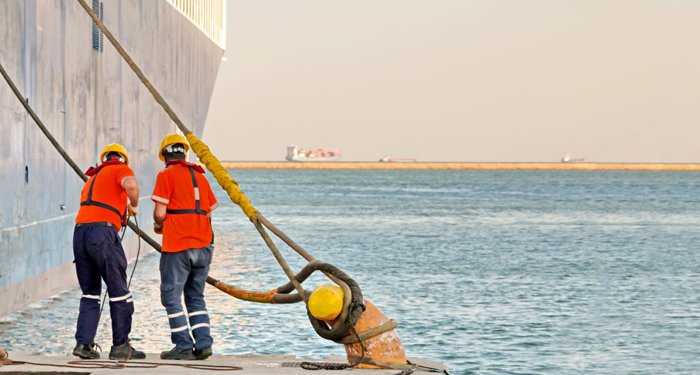 The retention of seafarers is a major issue that shipping industry is currently dealing with. In regard to this matter, the most common factor that makes seafarers quit their job, is the lack of communication while onboard. As a matter of fact, access to communication facilities plays a vital role within seafarers’ mental health, while it contributes to their overall career progression.

To remind, turnover is the loss of employees by the organization accompanied by several reasons.

However, when speaking of seafarer retention and turnover within the maritime community, there is a variety of factors, such as the working conditions onboard, the employment terms, the contract duration and the lack of social communication.

“Career progression, work, life balance, working and living conditions, isolation, and loneliness due to long periods on board can determine how long a seafarer stays at sea.”

… as ILO in its “Recruitment and retention of seafarers” report, stated.

In light of the communication issue, one of the biggest difficulties that seafarers face in the workplace, is staying away from their loved ones while carrying out their duties at sea.

Although seafarers might appear satisfied with their career choice in general, when they are asked for the reasons that would lead them to abandon it, they consider as the most important one, the inadequate communication with their family and friends.

In other words, keeping contact with their family under any form of communication, can boost seafarers to stick to their professional career and improve their overall operational performance.

Therefore, shipping players must focus on how to improve communication services onboard vessels, in order to effectively retain ship officers and cadets.

In addition, the modern seafarers may have greater access to connectivity tools than ever, but accessibility onboard remains limited, while there is still a lot of work to be done.

What is more, due to the change of mindset amongst modern seafarers caused by the emerging technologies and the digitalization era, most of the crewmembers consider that internet access strongly influences their decision on where to work.

“The access to internet connection aboard a ship is a significant factor for young seafarers’ decisions to pursue this career. Some seafarers would rather have limited internet access than none at all. It has been found that unreliable connectivity, access restrictions, blocked sites, and monitored access can create feelings of uncertainty and frustration for seafarers.”

As a result, in an effort to address and avoid a seafarer shortage, there is an immediate need for better connectivity technologies, so that crew feels less abandoned and cut off from the community.

“Internet connectivity has been said to have a strong effect on the mental well-being of seafarers, as it maintains social bonds with family and allows for better integration when returning home.”

Overall, as it is in human nature for people to social interact and communicate, the availability of internet along with social media access, has proved to reduce seafarers’ feelings of isolation and loneliness.