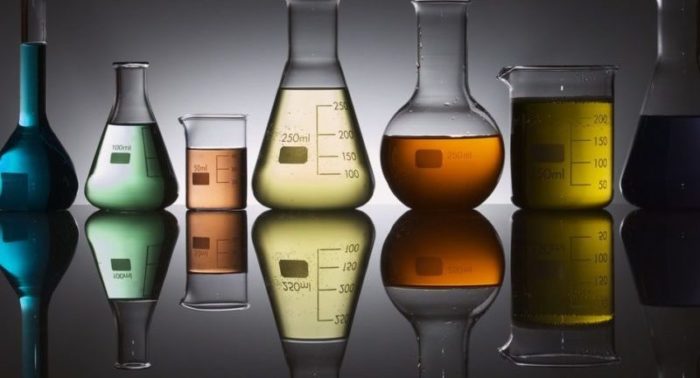 The Marine Fuel Question: Is 2020 the end of the road?

We have been mandated to limit, reduce, zero the GHG emissions, primarily carbon dioxide. This calls for a non-fossil, multi fuel-future society. The drivers for a future marine fuel are their cost, their availability, associated technical developments and regulations.

Marine stakeholders have to choose the right fuel. The penalty will be very tough if they don’t do that. It is quite obvious that we need to provide motivation to the stakeholders in order to explore more exotic fuels.

The main stabling blocks for the proliferation of a marine fuel will be the supply chain or the lack of it, thereof.

It seems that the coming 2020 regulation will be driven primarily by financial incentives. We know that now there are great uncertainties of the pricing of the future fuel. It seems that the predominant fuel of the post 2020 will be blends as opposed to either low Sulphur fuels for reasons of non alignment between 2020 and 2050 that were previously discussed. The ideal way to balance paraffinic with aromatic hydrocarbons in order to have blends compatibility.

The time window to predict the future of the fuel is older than 10 years. At the risk of violating that rule, we’re going to predict that by 2036, the king and queen of the fuels will be hydrogen and ammonia.

Both fuels require a lot of energy to be produced, so its seems that right way to produce them is with the utilization of renewable energy. Both of these fuels need to be treated as cryogenic fuels, which means we need to refrigerate them to very low temperatures in order to store them.

If you look at ammonia, ammonia which has been used before is a toxic fuel. It has half the energy content of diesel, at the same time though it is three times cheaper than gasoline. If we put additives in ammonia compassion is dramatically reduced. It also a natural refrigerant and more importantly it has zero global warming potential, it is not a GHG gas.

A lot of hope has been placed on methanol. Methanol is produced if we replace one hydrogen atom from methane by the hydroxyl route. But, methanol has a lot of problems. It’s corrosive, toxic, flammable, has low flashing point, availability is a problem, costly, about the same price with NGO, with half the energy and also to remind everybody the failed experiment of the STENA, where the project started to switch to methanol, nothing happened.

Space shuttle is a smart revolution than the zeppelin and it introduced hydrogen as a fuel.

The future king of fuels can be found everywhere. It can be produced from natural gas, mainly with renewable energy and that means we have practically a very sustainable fuel that can be produced in limitless quantities.

Of course, the hydrogen can be burnt in internal compassion engines, but it is used in fuel cells utilizing the tendency of hydrogen protons to mix with oxygen atoms and generate electricity. What we explore in fuel cell is actually the flow of electrons towards oxygen. But why bother with fuel cells? Simply because they are dramatically more efficient than diesel generators to produce electricity.

The stumbling blocks from utilizing hydrogen are the same like ammonia:

For the fuel cells, two things to remember:

A lot of hope is placed on the biofuels. It is one of the alternative fuels to satisfy 2020, no Sulphur. Unfortunately, biofuels compete with the food chain. We need a space two times the expand of the UK in order to satisfy the needs of shipping in fuel. It’s a big competition.

One of the most promising biofuel to solve the problem of 2020 is biodiesel. It has higher flash point than diesel, which makes it safer, but it also competes with the food chain. It also degrades, it can not be stored for long.

Another alternative is to utilize fuel from micro-algae, like for example from Botryococcus braunii. This generation also needs expands and a lot of space to be developed. But, it has the benefit of absorbing of getting carbon dioxide out of the atmosphere during the photosynthetic process of production.

LNG has been heard as one of the fuels of the future, if not ‘the fuel of the future’. Unfortunately, during burning of LNG, we have unburnt methane emitted to the atmosphere. As mentioned previously, methane is also a GHG and is 25 times worse than carbon dioxide. We have a problem if we do not take care of the so called ‘methane slip’.

According to my calculations if the slip is of the order of about 1%, we are okay. We get an emission factor of 3, compare with 3,11 which is for the heavy fuel oil, but still Is a far cry from the 2.5 that is proposed by the IMO.

Due to methane, a lot of methane is emitted during its production. LNG is also produced by the cows, so a solution is to limit or zero the amount of stakes we are eating.

In a nutshell, LNG is not going to be a future fuel. We see it more like a bridge fuel.

A big question in our minds is how the future ships will look like. Are the ships of today going to be obsolete in the near future? A rapid uptake of new and emerging technologies will be a critical factor for success.

It seems that the final solution, the future fuels will be the carbon neutral fuels such as methane and diesel. Carbon-neutral fuels are fuels which have no net greenhouse gas emissions or carbon footprint (no net increase in atmospheric GHG). Synthetic fuels are produced via renewable energy sources from captured carbon. If carbon-neutral fuels displace fossil fuels and their combustion is subject to carbon capture at the exhaust pipe, they result in negative CO2 emission. These are carbon-negative fuels. Carbon capture from exhaust gas can make carbon-neutral fuels carbon negative.  Although the burning of biodiesel produces CO2 emissions similar to those from ordinary fossil fuels, the feedstock used in the production absorbs CO2 from the atmosphere when it grows. The development of synthetic fuels created with renewable energy is a technology with great CO2 reduction  potential

In other words, we should focus on technology developments. We are still unrealistic to talk about ammonia and hydrogen fuels if we don’t have in place proper technology. The need for decarbonization will lead to carbon neutral and carbo negative fuels. Let’s not forget that clean, safe neutral energy is right while pending societal acceptance.

But, limitless renewable energy sources appear to be the most viable and environmentally friendly solution.

Above text is an edited version of Dr. John Kokarakis’ presentation during the 2019 SAFETY4SEA Cyprus Conference.

John Kokarakis is a graduate in Naval Architecture & Marine Engineering from National Technical University of Athens (1979). He also holds graduate degrees from the University of Michigan (MSE 83, MSE 84 and PhD 86). He worked in various projects worldwide as a consultant/technical investigator of maritime accidents. The most notorious were the explosion of  Space Shuttle Challenger, the grounding of Exxon Valdez, the explosion and fire of Piper Alpha, the capsize of drillship Sea-Crest and others. Furthermore, he was a consultant for numerous aspects on containership design, operation and repair.  He has extensive experience in ship design and operations, spanning over forty years. He is currently working at Bureau Veritas in charge of technical development and troubleshooting. He focuses on the implementation of the “green” regulations, fuel saving techniques, energy efficiency, speed and hydrodynamic optimization, resistance and propulsion, performance monitoring, ship design, machinery and safety, education and training, asset integrity management and alternative fuels.