Ten shipping books we read in 2018

Festive season is a special time of the year for relaxing and a good book can be the best company or a good present for beloved ones. SAFETY4SEA has made a list of the best books we read throughout the year, for those who are part of the maritime workforce or not, with themes varying from leadership and soft skills to the hidden world of piracy and the book type varying from academic writings to joyful action readings. 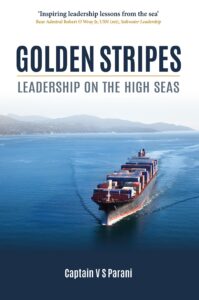 Captain V S Parani wrote a comprehensive action plan for mariners, illustrating how proper leadership is related to safe ship operations. The book is a practical guide suggesting ways to bridge training gaps in order seafarers to acquire the appropriate skills in line with safety procedures. Written by a mariner, it provides advice to mariners highlighting the importance of leadership at sea through a combination of inspirational stories, quotes, practical tools and personal experience. In this way, the book can help readers identify how to run a ship, in the whole context of communicating with a team, implementing safety leadership and deciding effectively in emergency situations.

#2. Citadel: The True Story of One Man’s War Against the Pirates of Somalia 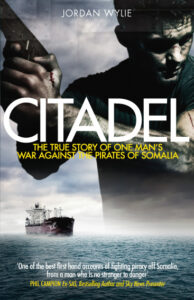 You are a maritime security professional, pirates are boarding your ship and you are locked in the Citadel with no communications, no weapons and a very scared and traumatized crew. What do you do next? ‘Citadel: The True Story of One Man’s War Against the Pirates of Somalia’ provides a comprehensive insight on modern piracy, taking the readers on a journey to places thankfully they will never see. Giving an interesting yet scary enlightenment of how wild the high seas can be in the Horn of Africa, with claustrophobia and isolation alternating with the ever-present possibility of death, the book is a gripping account of an unknown world, as illustrated by Jordan Wylie, a former soldier in Iraq, who joined a security team on a tanker in Yemen. 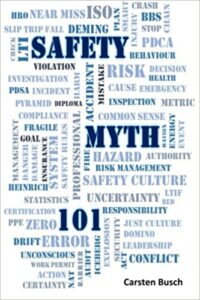 The perception of professional safety has been often a subject of myths and misunderstandings, with safety practitioners lacking critical thinking and not keeping up with relevant research and literature.  Safety Mythologist Carsten Busch collected 123 of these Safety Myths in a book, to provide a humorous insight on the weaknesses of common safety culture, challenging those interested “to dig a little further” and look at safety in a more objective way. ‘’Reading this book or parts thereof may seriously harm your professional beliefs and habits’’ the author warns, inviting the readers to criticize existing perceptions and pursue of new ideas and improved approaches.

#4. The pirates of Somalia: Inside Their Hidden World 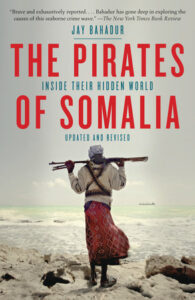 ‘The pirates of Somalia’ is the first of its kind close-up insight at the hidden world of Somali pirates: By recording who these men are, how they live, how they spend the ransom they get, how they treat their hostages, the book reveals what are the triggering factors of Somali piracy, which remains a key area of concern for shipping in the modern era. The book is written by Jay Bahadur, a young journalist who decided to abandon his comfort-zone and travel to Puntland, a semi-autonomous region in the northeast of Somalia, where he met with pirates and learned about the history of this industry, spending a year infiltrating ‘routines’ so distant from West-centralized way of life. 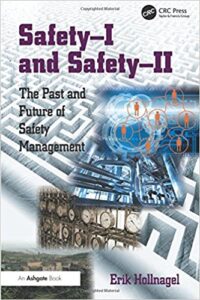 #5. Safety-I and Safety-II: The Past and Future of Safety Management

Written by Dr. Erik Hollnagel, Professor at the Department of Regional Health Research in the University of Southern Denmark, the book experiments to lay the ground for a new approach on safety, by analyzing in detail the so-called Safety-I and Safety-II concepts. The first concept takes accidents as the focus point and tries to prevent bad things from occurring, while the second is emphasizing on ensuring that as much as possible goes right, expanding much more than the area of incident prevention and promoting a real safety management over a simple risk assessment. The writer explores the principles behind both aspects, aiming to consider the past and future of safety management practices.

#6. Turn the Ship Around! A True Story of Building Leaders by Breaking the Rules 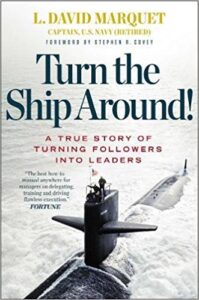 Decision-making is one of the most critical components to safety at sea, resulting from proper leadership at every level. But what exactly is leadership and how does it work? David Marquet, Captain of the nuclear-powered submarine USS Santa Fe wrote a book attempting to establish a new approach on decision-making at ships, as in any other workplace, by challenging the well-established culture of ‘one leads-the others follow’. As a new Captain, Marquet, followed the ‘traditional lines’ of a leader, which however could not address the crew’s poor performance. Giving an impossible order, he was surprised to find out that the crew would realize it anyway without questioning it. This led the author to turn into a radical approach of leadership, moving from ‘take control’ to ‘give control’, in full contrast with traditional military principles. 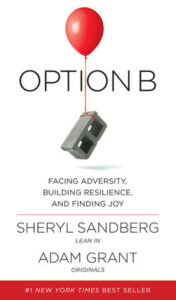 The book explores ‘resilience’, unveiling the ability of the human spirit to rediscover joy on the aftermath of traumatizing events. Written by Mrs. Sheryl Sandberg, Facebook’s Chief Operating Officer, who dealt with the sudden death of her husband in 2015, and Adam Grant, a Psychology Professor at the Wharton School of the University of Pennsylvania, the book explores step by step the way from the acute grief to the healing. Beginning from Ms. Sandberg’s personal tragedy, the book moves beyond to unfold how people deal with a wide range of tragedies -illness, war, assault, job loss- and how they can move forward and find their ‘Option B’.

#8. It’s Your Ship: Management Techniques from the Best Damn Ship in the Navy 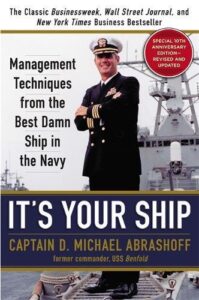 Written by Captain Michael Abrashoff, the Commander of US missile destroyer Benfold, the book translates leadership in a military ship to the widest knowhow of successful business management. When Abrashoff took over the helm as a Commander on a ship that had all the technological means but lacked performance, he decided to emphasize on his own leadership skills before taking any other step to improve the ship’s efficiency: The basic principle onboard became the slogan ‘It’s your ship’, creating a crew capable of taking initiatives and eager to take responsibility of their actions. As such, the book becomes a must-read for aspiring and existing leaders wishing to improve their team’s performance either the workplace is a ship or a business on shore. 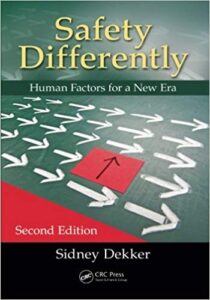 The increasing pace of emergent technologies leads the ground for a new way of safety thinking.  ‘Safety Differently: Human Factors for a New Era’ provides an academic analysis of the current safety management, highlighting the need for a new safety approach, which redefines the role of human. Written by Sidney Dekker, Professor at Griffith University and founder of the Safety Science Innovation Lab, the book comes to remind that a traditional approach to safety which is overwhelmed by its bureaucratic accountability is insufficient to tackle challenges, making imminent the need for a new ‘safety era’. As an update to the previous ‘Ten Questions About Human Error: A New View of Human Factors and System Safety’, the book comes as a highly-academic but not-lacking-interest complement of ‘Safety Differently: The Movie’.

#10. Deep Sea and Foreign Going: Inside Shipping, the Invisible Industry the Brings you 90% of Everything 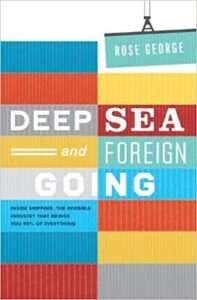 Have you ever thought where your things are coming from? ‘Deep Sea and Foreign Going’ provides an exploring read on shipping, an industry that carries nearly everything we consume, yet remains quite disregarded. Written by the British journalist and author Rose George, who decided to run away to sea on a container ship in a five-week trip from Felixstowe to Singapore, in order to investigate the vital work that the international merchant marine does, the book is opening a distant and unknown world for a reader who ignores the history behind everything that they consume.