Sustainability: We are not telling shipping’s story well enough

by Dustin Eno
in Opinions, Sustainability 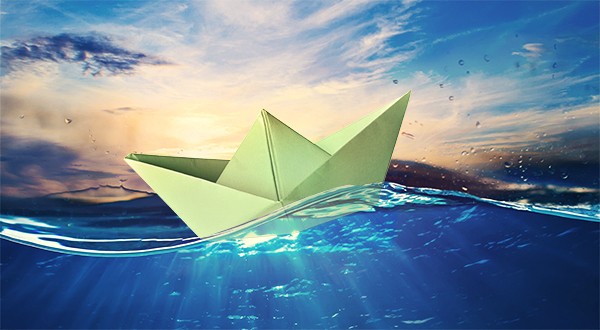 During the 2020 SAFETY4SEA London Forum, Dustin Eno, COO, Navigate Response, analyzed how the global interest in shipping’s environmental footprint has doubled in the last decade.

When it comes to crisis communication, I help our clients deal with the media and social media associated with classic vessel incidents: collisions, groundings, fires, fatalities. This is the bread and butter of what we do at Navigate Response, but increasingly the challenges facing shipping are changing.

Sustainability is increasingly colouring the perceptions of our industry and this has a major impact on my job, which is to deal with the media when a maritime casualty is in the spotlight. 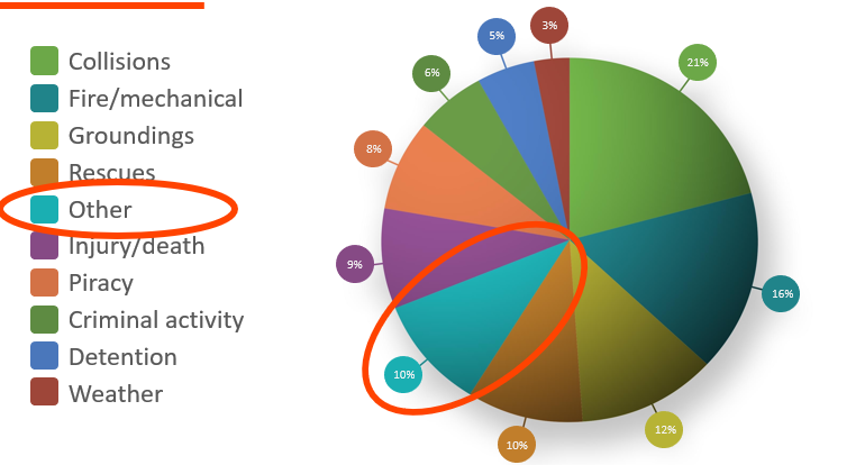 DNV: How can India achieve a sustainable maritime ecosystem

The ‘other’ category, about 10% of what we dealt with in 2019, is a growing portion of what we deal with and much of this is associated with sustainability concerns.

Google search interest in “sustainable shipping” has increased significantly. In fact it has almost doubled in the last decade. This trend provides a useful insight into what interests people when it comes to shipping.

Maritime engineering is seeing significant innovation. We have clients who are investing in wind-assisted propulsion, or improving their energy management systems or their hull dynamics for maximum fuel efficiency. So there is a lot happening.

What isn’t happening is getting the message out to people. We see environmental activists targeting  vessels because they see them as easy targets to lobby companies or chartererers, and people tend to be sympathetic towards activists who target maritime.

In a recent protest the media coverage was overwhelmingly dominated by Greenpeace’s version of events. Of the 500-plus articles that were published about the demonstrations, almost all of them had 80% of the copy directly lifted from statements that were put out by Greenpeace. The activists controlled the narrative because they were prepared and were better at exploiting both the opportunity and their media contacts.

However, our industry has done a huge amount to improve – we have a lot to be proud of. 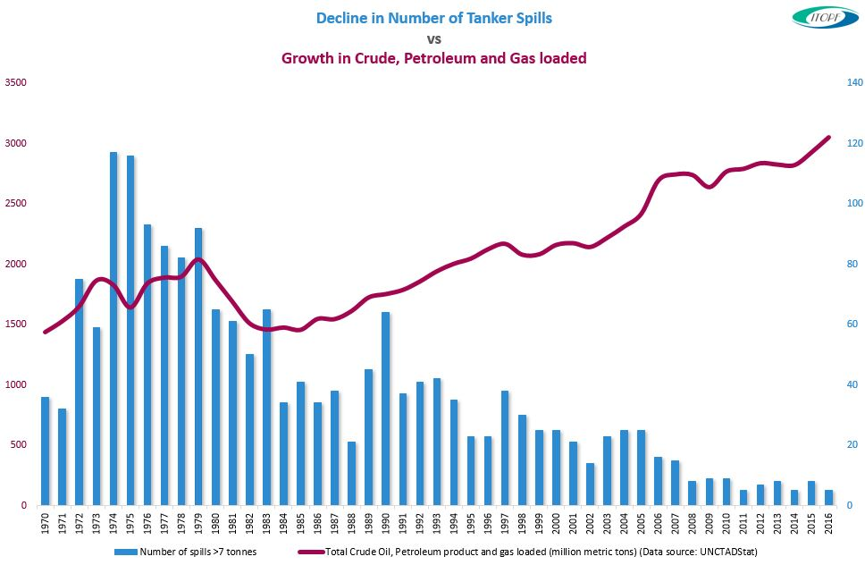 The graph above includes data put together by ITOPF, which looks at the number of oil spills relative to the amount of oil transported over time. This graph shows a huge success story for our indsutry. Our safety record has improved dramatically.

When it comes to moving cargo from point A to B, one thing that won’t change in the foreseeable future is the dominant role of shipping and its fixture in the global economy. Maritime is the best way to move stuff (90 per cent of all cargo) and yet the public, despite needing the stuff, is kind of slow to match the stuff they buy with the ships that bring it.

If we compare maritime with, say, aviation, based on media coverage, we see an interesting story.

In the graph below, we see the trend in media coverage that associates climate change with aviation over the last decade. 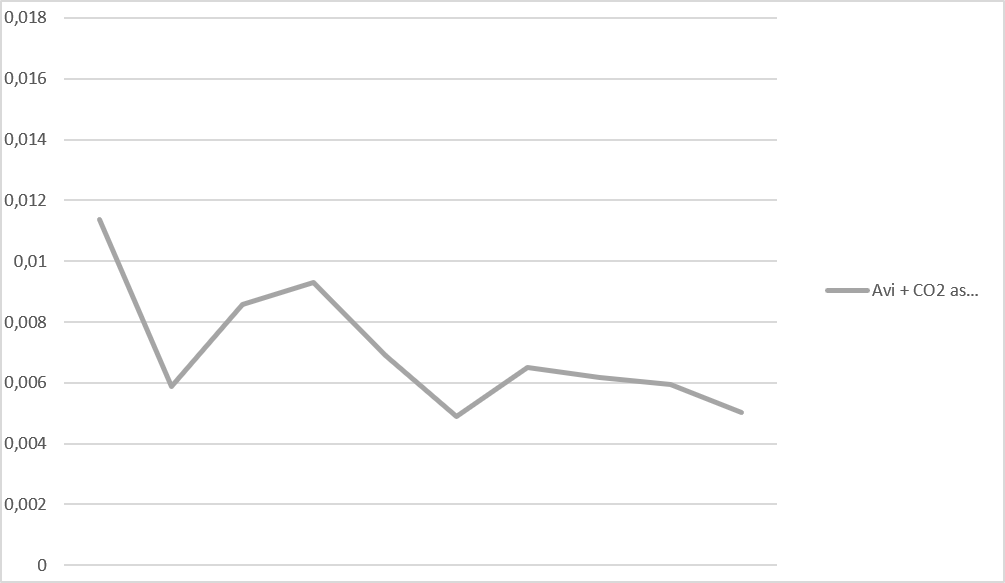 It might surprise you to see that there is a slight downward trend. Despite the fact that aviation is burning more fuel than ever, the line has trended down in terms of public perception.

When you add the line for shipping (below), something has clearly gone wrong for the maritime sector. 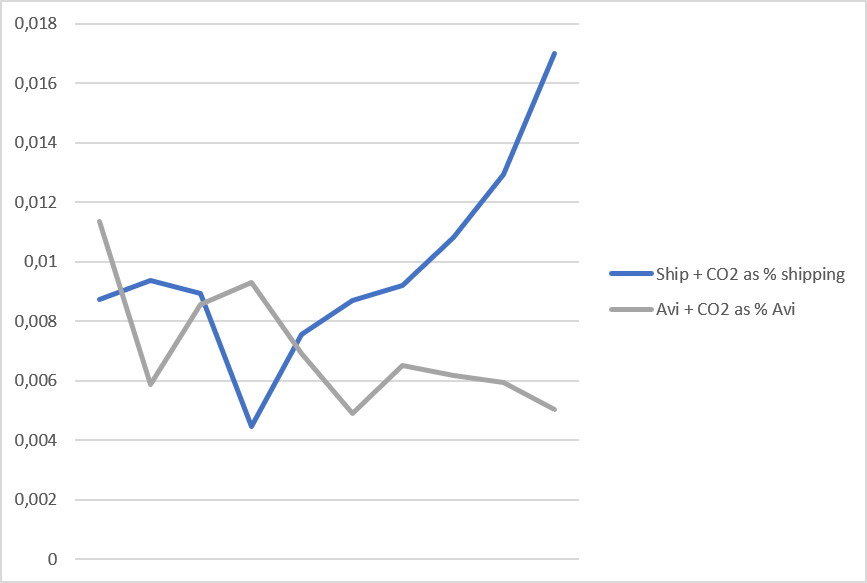 We can speculate about why. Five years ago we were roughly at the same point as aviation in terms of public perception. And then aviation figured something out – they needed to do something more to communicate with concerned stakeholders – and they did so. Shipping didn’t.

Shipping has an image problem

It means that whenever I try to say: ‘Look, we’re doing a great job dealling with this problematic situation,’ I face an uphill battle. Every time there is a poorly managed incident, people maintain a belief that our industry is problematic. This belief is reinforced and my job becomes harder. All of our jobs become harder. But, perhaps surprisingly, there can be a solution that comes out of a crisis.

Pictures of vessels in problematic situations are spectacular, not for those owning the vessel or those onboard, but from a media standpoint. For anyone nearby with a phone the pictures are spectacular. These images go around the world in an instant and people start paying attention to us – to shipping.

The question is what do we do with that attention?

Far too often, our industry thinks: ‘hide behind our website, move away, don’t say anything, people will just look away’.

But, with an image like this one (below) people aren’t going to look away. People are going to write the story. 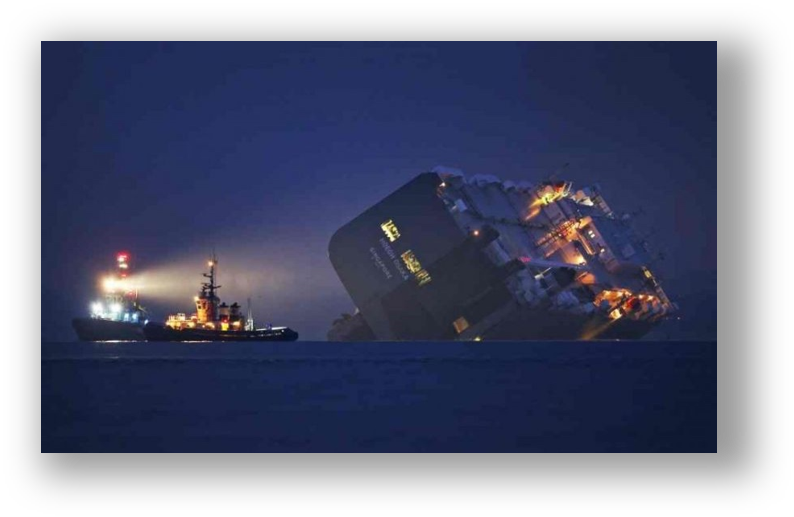 We can either engage and tell our story or do what too many have done in the past, which is to stand back and hope to hide away in the shadows. That simply leaves room for everyone else with an opinion to comment.

Organisations in other industries recognise this, and they work much harder than we do. For example: London Heathrow airport has invested in communicating about their carbon strategy, having a conversation about the ‘elephant in the airport’, as they put it.

In another example, H&M, one of the largest clothing manufacturers in the world, who has been criticised for being poor on labour standards and poor on environmental standards, has come out with a campaign talking about their sustainable “conscious line”.

Other industries need to spend huge amounts of money in order to get the attention they need, to change the narratives about themselves. The maritime industry doesn’t need to invest millions, we should just be prepared to utilize attention when it is pointed at us.

How do we engage when something goes wrong? How do we engage with our stakeholders when things are going well? One of the simplest things we can do is take advantage of those moments when we are in the spotlight. When we can’t avoid being the story. If one shipping company seizes the moment and deals with a situation really well, the whole sector benefits. No shipping company is alone in the public perception; we are all in it together.

So, what does a shipping company need to do in order to be prepared to seize the moment?

Above text is an edited version of Dustin Eno’s presentation during the 2020 SAFETY4SEA London Forum.