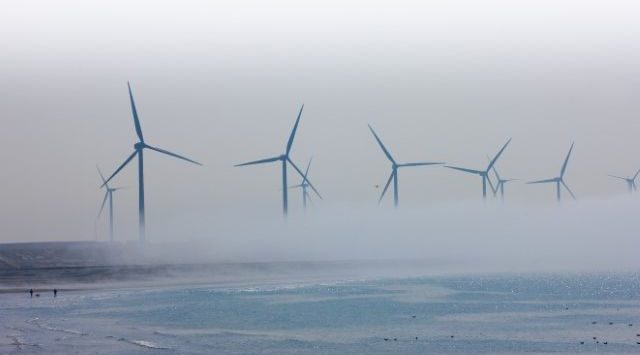 It is believed that, after a transitional period, nuclear fuel (uranium) and the renewable energy sources; wind; hydropower; solar power; geothermal and marine energy, will make up most of the world’s energy production thanks to digitalization. Indeed, the support by smart data is about to totally transform power systems in the near future.  Besides, by 2050, the world’s primary energy mix is expected to be split equally between fossil and non-fossil sources. However, which are the challenges and opportunities that data and IT systems are bringing to the energy era?

To begin with, the term energy transition is broadly defined as a long-term structural change in power systems; occurred worldwide both in the past, and in present. The aim is for the world to solve the global warming problem and become independent from fossil fuels; providing secure, affordable and clean energy for both citizens and businesses. According to DNV GL’s Energy Transition Outlook, until 2050, energy from renewables will meet 50% of our energy needs. Specifically;

Although contemporary energy transitions differ in terms of motivation, objectives, and governance; the most common driver of them is technological development. It is of essence therefore to mention 2 major opportunities that smart data offer in energy transition:

New opportunities to collect and use energy usage data, automated and streamlined meter readings can result in significant time and efforts savings.

Different types of data provide greater insight. Subsequently, all these different sensors(smart data) will be the different contextual ways of looking at a complex system.

Despite the aforesaid positive developments however, we are on course to fail the Paris Agreement goals, but the affordability of the energy transition gives hope that things will eventually change.

Smart data and the potential of new energy and conversion technologies are usually overestimated, while the inertia in energy systems and energy infrastructure are underestimated. A good example are power plants, which once built, characteristically operate for many decades.

The speed at which a transition in the energy sector needs to occur is about to be extremely rapid. Energy demand will be getting more dependent on electrification and wind and solar energy will rise, the world’s electricity transmission and distribution systems will experience massive growth. Nevertheless, despite the rapid transition and decarbonization, DNV GL forecasts that these will not happen fast enough to meet the 2⁰C climate goal that the Paris Agreement has set. Thus, a combination of a number of measures will not only be vital, but the only way for the world to meet the ambitions of the Paris Agreement.

There are technical guidelines to ensure data protection, data security and precise rules governing who can access what data and when. However, reports reveal that cyber-attacks are increasing, both in prevalence and disruptive potential. One of the major areas of focus is incorporating appropriate security measures for data validation, privacy and encryption, access control, and error checking. Cyber breaches recorded by businesses have almost doubled in five years, from 68 per business in 2012 to 130 per business in 2017, according to World Economic Forum.

Smart data success depends on the accuracy of operations during project planning, deployment and maintenance of IT systems. It is of high importance to sufficiently plan for operations and maintenance and properly develop technical requirements of an IT system, with a robust technology selection team.