Should the Indian Ocean HRA be sustained?

by The Editorial Team
in Opinions, Security

We have all grown accustomed to the Indian Ocean security situation, the HRA and the security implications that have been going on since before 2008 but it’s worth a quick recap. What we’re looking at is the Indian Ocean and its current environment versus the history that led up to it.

In 2008, the first UN resolution was passed: It took a while and negotiations covered several definitions on what constitutes a risk area and what it should entail before the HRA was established in 2010.

In 2010- HRA established: Since then, we’ve had significant reductions of risk.

Best Management Practice (BMP) has served a valuable purpose and has led to a much greater understanding of threats and how to counter them in an operating environment that was not at all familiar for most operators out there until BMP started to be implemented. Also, the compliance of BMP has had a huge benefit and an understanding in the industry of who to deal with this particular type of security.

Last summer, from May onwards, we also saw a change in the dynamic in the Indian Ocean regions, particularly in the Strait of Hormuz and the expansion as a result of the JWC areas.

Now the Indian Ocean operations incur some of the highest security and related costs in the world.

The picture above shows a significant reduction over time in MARSEC incidents and non-MARSEC incidents as reported through official channels. We see  a dramatic drop-in activity in the region 2011-2019.

To understand the scale of the drop we can see time-slices of activity below and it is worth noting  the shrinking of the reach of criminal activity. 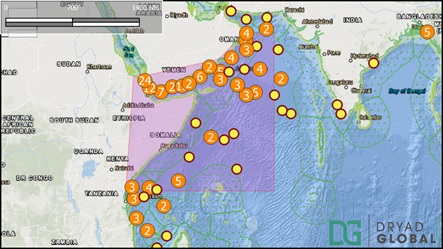 Things have moved on as shown in the picture below for 2017. 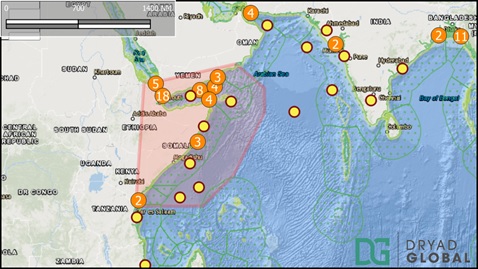 In 2017, we see a significant drop and also a restriction in the activity back towards the coastal areas. No longer as far up to sea as they were previously.

In 2019, we were left with almost a residual activity level, while also in comparison to 2011, we see a 95% fall in MARSEC incidents. 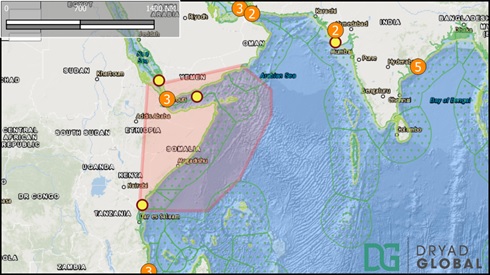 There is a perception of a significant security risk in the region and I ask you to look at this and make you own assessment based on the numbers of incidents alone.

Let’s look at what happened in 2019 – a year that brought the region back into the news and raising awareness of risks.  Firstly in the choke point or the GoA and Bab-al-Mandeb ; here we observe 6 incidents there but none of them were MARSEC. The remaining incidents throughout the region were mostly robberies at anchor. 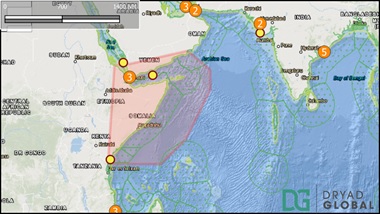 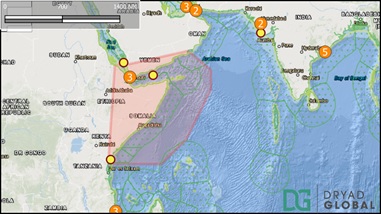 And the  of interest, the one that caught everyone’s attention last year were these: 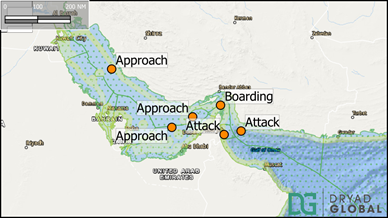 The events of May-Jul 19 resulted in the extension of the JWC area into the Persian Gulf.

One of the most notable was the incident involving the Stena Impero. Do we call it hijacking? State action? We call it boarding here, but it could equally be a seizure. It doesn’t have an clean MARSEC  definition that we can use at this point because essentially it lies outside the definition of maritime crime

What do we know about this?

The extension of the JWC area into the Persian Gulf adds to an already large area as seen below.  The (reduced) HRA sits within it 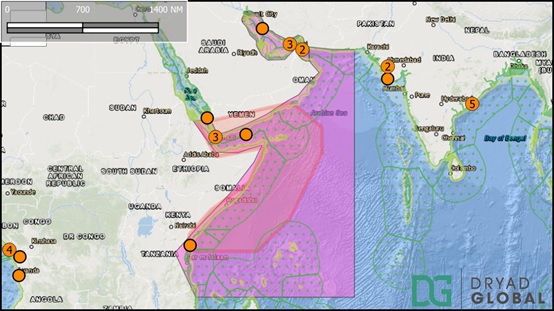 What are the principle security costs?

With the trends and understanding illustrated above, one of the things that we’ve been asking the industry to question is ‘are these costs justified within the current threat understanding?’

We believe that there is a tendency for people and organizations to experience an incorrect perception (or memory) of threat that is no longer the case . Our understanding needs to evolve  to reflect the current reality yet the  chain of events that lead to an understanding of the threat and also how the industry responds is very slow. One reason is that as a species we are very poor at assessing threats outside immediate response environments and no one likes to ‘take the seatbelt off’. Human instinct is powerful and will ignore or distort facts and information.

Above text is an edited version of Mr. Philip Diacon’s presentation during the 2020 SAFETY4SEA London Forum.

Phil studied Aeronautical Engineering at the University of Bath before he joined the Royal Air Force serving as a fighter pilot with operational experience throughout the world.  As a senior officer in the military he delivered operational planning and crew training in complex environments. Phil was always keen to do more and since leaving the military has accumulated vast experience in forming and leading small and medium sized businesses in various sectors including retail, franchise, services and logistics.  Dryad global was established to serve the maritime community with actionable and impartial security recommendations to inform commercial and operational decisions.  Phil has brought into the business the rigour of aviation processes and built a team who have real-world intelligence experience.