Shipping Watch: How shipping will be in 2050

by The Editorial Team
in Maritime Knowledge, Shipping 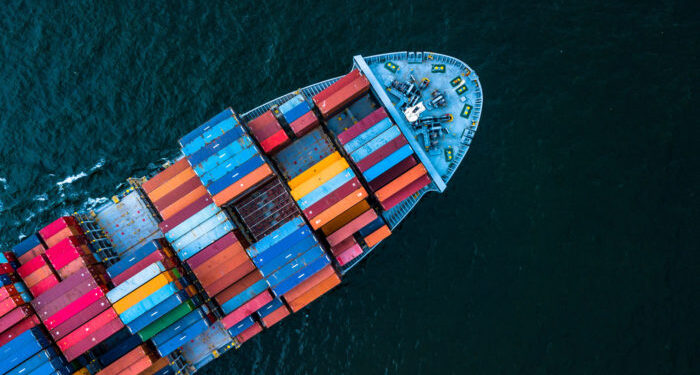 During the last SAFETY4SEA Hamburg Forum, all experts attempted to provide a picture of the shipping in 50 years from today and imagine how the industry is going to change in order to face upcoming challenges. Namely, the key question raised was:

What will be the same in the shipping industry and what will be different in 2050 from your perspective?

“Certainly, the fuel mix will change and the combination of multiple types of propulsion devices onboard ships, whether it’s a combination of wind power and ammonia or, once the methane slip issue is solved, of LNG as it looks more attractive from an environmental perspective. I cannot predict the future, and I’m pretty sure that in the coming years there will be new technologies that we can’t even bother to think of right now, that will eventually become mainstream.”

“I think we need to look at what the trade will be in 2050; is it going to be the same as today? No. I think it will be quite different. There will be products that we won’t need to transport in 2050, there may be sourcing areas that have changed, the world demographics will certainly have changed by 2050. So, the shipping world will be very different, in terms of commodity and networking in 2050, compared to what we have today.”

“Ships in 2050 will look differently than today; they will be designed in a different way. If you look 25 years back into the design of vessels everything was optimized for maximizing the cargo and maximizing the speed. So, we have put huge engines with 80-90 MW power, so that has already changed. The entire concept of the vessels will change, as we put more devices and systems, like BWTS, scrubbers, maybe SAR systems. Maybe we do have a fuel mix already onboard. Maybe we have vessels carrying three, four, five different types of fuels onboard. So, the design of fuels will change, the operating profile of vessels will change since we will not carry the same type of cargo as today. For example, the apples from South Africa will not be transported to Europe anymore, some of the wine produced in Australia or New Zealand will not be transported by vessels to Europe anymore, because the demands and requirements coming from all the members of our society will change. Subsequently, higher environments and a higher perception of what is going on with the goods and purchases on a daily basis will change definitely the behavior of all of us, something that will have an impact on the entire shipping industry.”

“No one can really say what is changing in the shipping industry. I’d say, we are going back to the routes of shipping, which is not good for all the companies because then it will be sailing. The industry will either be electric, either sailing or stir of fossil fuels which will be burning, what no one will not up to now. But, at least what I know is that it will be definitely an interesting task to be part of.”

“I don’t have my ‘crystal ball’ in hand but I think what we’re going to see is a lot of efforts in changing ship’s construction to get it more efficient, maybe even ballast-free ships, to talk about ballast again, but also propulsion will change. I don’t know if the ship sizes are to become bigger or smaller, it all depends on the global economy. I think shipping is going to stay for good, because it is, as we’ve heard, the most energy-efficiency way of transporting huge amount of cargo over long distances. So, shipping is here to stay, but the details are how it is going to develop.”

“Regarding recycling, I think that the Hong Kong convention will become a normal thing, maybe the age and maintenance might still be a challenge. I raise my question marks when the ships are getting bigger, as the megabox carriers when they are going to be dismantled. Also, in the cruise industry we see vessels which contain pipes made of plastic fibers or glass fibers. What to do with that? Today they are not that recyclable, so recycling might become more raised and the hinterland infrastructure will be more interesting for that.”

“I see a lot of automation in 2050, I don’t know how the manning of the ship will change or how many robots we’ll see in each ship. Also, artificial intelligence is going up and we’ll see automatic data acquisitions, which are already installed onboard vessels. On the fuel department, I am a big believer of hydrogen. It is one feasible solution, because of its high concentration and its ability to store hydrogen under pressure.”

“Ships will still be the prime move for goods and people. We will have navigational incidents. I don’t think autonomous ships will ever be 100% successful, but the partially manned autonomous ships will be. We will also see a lot more control of shipping; there will be certain sectors that navigation will be strictly controlled. For example, Malacca strait, English Channel or the Northern Sea. So, you will not be free to come and go exactly as you please. This concept of the total freedom of the seas is becoming outmoded every day.”

“There will be navigational issues and as a result of that we will have salvage work done. The more autonomous the shipping industry becomes the better it is for us due to the more incidents. So, there will be a combination of these two. But, if you look at the brown water or the big barges operating in the US, they carry the same barge with 100,000 tonnes, same as a VLCC with 3 or 4 guys onboard. We’ll probably have an incident weekly with that. But I believe in technology, as most of us do, so that will be a part of it.”

“The issues in regard to security and maritime domain will remain, no matter it’s 30 years or 100 years from now. The tactics are definitely going to change, because I very strongly believe in privatization of the maritime security industry from states to companies. I’m pretty confident that by 2050 we’re going to see most of the problematic areas of the world and have additional security in order to eliminate the problem with private companies, which then of course will push those criminals to do something different. So, privatization is the one thing that is going to change.”

“The same will be that a crewless autonomous vessel is still a future-promising solution, I don’t believe in that; it will remain the same. But we will have a very efficient maritime industry at that time since we are a big polluter and we have to take our responsibility. If we don’t, those who are doing business ‘as usual’, they will be out of business, because you will pay so much cost both on emissions and fuel that you have to be very efficient. Of course we will need the same capacity and we will need higher capacity in shipping. But, what I mean is that those operating the ship in a way that they have one high cost fuel or emissions, they will not be able to complete and the vessel will be for sale, and another owner will come in and operate it in a different way. As I’ve already said, the low hanging fuel is very easily available. You must start polishing better, you must do hull cleaning more optimal; maybe you can have 30-40% reduction within 15 years, that is technology. And those who are willing to take that cost and investment now, they will be prepared for future business. We have to go into this scheduling system, we have to learn through aviation. Why should a vessel stay in a harbor area wait for anchor for one week or whatever, just waiting to go into the port? We need a slot system. Basically, IALA and IMO have to sit down and work together. It is the industry that will push us, so that hopefully will be a big change.”

“I think that if you go to a university to become a mariner, education will be a bit different. You will study more about cyber security, more digitalization than what you do today. I do think that there will be some autonomous ships, I’m not talking about the big trade ships, instead there will be autonomous road-ferries, as we call them in Sweden, going 300 metres. Hopefully, there are more slot times; the ‘first come first serve’ is not good for the environment because people are chasing and then they are anchoring outside the city. I would also say that we’ll see more cold ironing, more electric power supply to ships when they are in port, but then you need a standard of how to do it and you need upgrades, as well.”

“Adopting a broader approach to this question, I think what will be the same is the relevance of the shipping industry as a transport service provider. It is still going to be there, maybe in a different way, we will have to wait and see but it will remain there, unless we see any sort of telematics transfer of goods or people, which is something that we don’t know. What is going to change and there are already signs of that, is that we will have companies who will incorporate the whole supply chain. Amazon is looking about building its own ships. We will see a lot of secondary supplementary services becoming extinct or minimized, because key players will take control of the whole supply chain, from productization to the delivery phase.”