Ship Recycling: Lessons to be learned from the Eide carrier 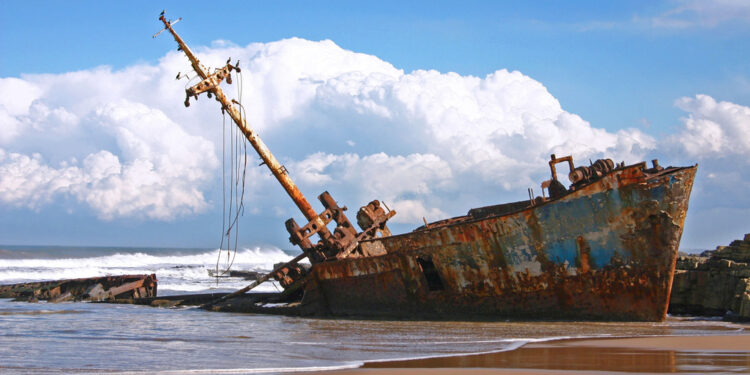 Ships reach their ‘end-of-life’ when their second hand sale value for further trading drops below their recycling value. This can happen for many reasons, such as ship’s condition deterioration, but the ship recycling procees must take place with caution. However, this does not always happen, with such cases providing lessons learned. One such case is the Eide carrier.

In 2017, the Norwegian authorities investigated the sale and scrapping in Pakistan of the MV EIDE CARRIER, which took place contrary to the EU-WSR.

More specifically, in 2015, the ship was sold for scrap. For two years, the ship remained laid up in Norway and, in 2017, it attempted to leave Norway under a new name, flag and registered owner.

However, hours after its departure, the engine stopped and, while the ship was in danger, the master did not call for help.

The vessel then continued to drift towards Norway, with salvage operations being triggered by the authorities. When the operations ended, the local authorities searched the ship’s ownership and insurance to claim remuneration and it transpired that the ship was under a scrap voyage to Pakistan.

It further transpired that the ship had changed its name just one week before departure and, in an effort to escape checks for illegal export, the shipowners submitted a false repair contract to the Norwegian authorities

The Norwegian authorities then charged the shipowner for having attempted to illegally export hazardous waste. However, this is not the first time that authorities were provided with false information to outwit compliance with regulations.

As a matter of fact, the vessel “CITY OF TOKYO” was allowed to leave Antwerp allegedly to go for repairs in Dubai, but it ended up being beached in Bangladesh. What is more, the FPSO NORTH SEA PRODUCER is alleged to have been exported illegally from the UK to Bangladesh under the pretence of operational use in Nigeria.

How to come up with a proper ship recycling policy

The decision to send a ship for recycling is most commonly based on its obsolescence, current freight rates, future market prospects and scrap prices. However, another consideration should be the complex regulatory landscape. This means that shipowners need to consider several factors, and not just the value of the ship at the end of its life.

What is more the EU/EEA flagged vessels must comply with the provisions of the EU SRR from 31 December 2018.

Nevertheless, no matther what the flag of the ship, in case the vessel was geographically in EU/EEA waters or in the waters of a party to the Basel Ban Amendment when the decision to recycle the ship was taken, then the provisions of EU-WSR or Ban Amendment will be applicable.

The regulation may also apply if the ship transits through a state that is a signatory of the Basel Ban Amendment.

Furthermore, until the Hong Kong Convention (HKC) enters into force, there are no international standards that establish a basis of enforcement for ships that are not subject to the EU-SRR, EU-WSR or Basel Ban Amendment.

This means that these vessels can be recycled in OECD or other countries, along with facilities featured on the European List. However, Standard Club does not recommend recycling facilities with a Statement of Compliance (SoC) with the HKC.

Such recycling yards will be able to provide a Ship Recycling Plan (SRP), specifying the manner in which the ship will be recycled, depending on its particulars and its inventory of hazardous materials

Operators that want to to send any ships for recycling must ensure full compliance with the international standards:

In order to do that shipowners are necessary to choose a yard that has a Statement of Compliance (SoC) with the above regulations. They should also prepare the ship for recycling in a sustainable way through mapping hazardous materials.

Both the HKC and EU-SRR require an Inventory of Hazardous Materials (IHM) to be present on a ship. These hazardous materials represent a possible danger to people and the environment.

In order to ensure a safe and environmentally sound handling of these materials, a detailed documentation of the materials in the ship’s structure and equipment, and in stores, is important.

After confirming that the ship complies with all relevant regulations, the operator must provide the club with details of the final voyage, the ship’s flag, the location of the recycling and at what point in the process title will transfer to the ‘buyer’.

Ship recycling considerations Select recycling yards that have a Statement of Compliance with the Hong Kong International Convention for the Safe and Environmentally Sound Recycling of Ships or the EU Ship Recycling Regulation (ESRR) 2013.  When selling a ship to a third party, esnure the third party’s compliance with the Hong Kong Convention or ESRR, the Basel Convention, the Basel Ban Amendment or the European Waste Shipment Regulation and all relevant regulations.