by The Editorial Team
in Connectivity, Maritime Knowledge, Social 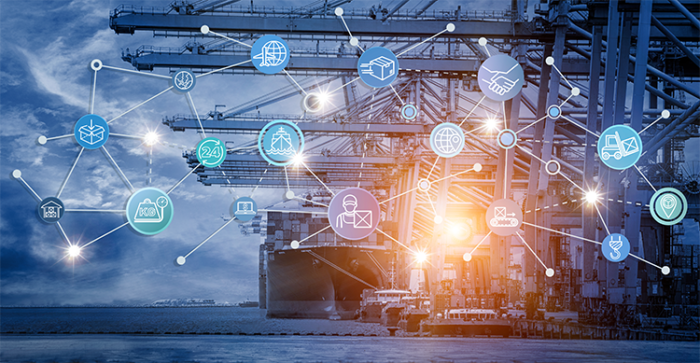 While it is only one aspect of the highly complex seafarer welfare puzzle, connectivity is taking an increasingly central role at the heart of discussions about seafarers welfare. Today, it is no secret that technology has a vital role in improving crew welfare; a matter of utmost importance as the Covid pandemic and the resulting crew crisis put a firm spotlight on seafarers’ mental health.

As internet connectivity at sea improves, the demand for digital services will grow. This will require more resources to be put into digital service delivery. But with the right systems and training in place, people that currently staff physical port welfare services could deliver the same pastoral support and advice digitally, whether by phone, video call, or chat.

Further, the use of digital tools to enable learning and skills development should be leveraged to help seafarers and their families to access education that can enrich their lives. There is a vast and growing range of free or very low cost education products that exist today outside the maritime industry. Helping seafarers of any rank, any nationality, and any economic background to access this education and learn the skills needed to provide financial, health, and wellbeing security for their families should be prioritised as a long term goal for welfare organisations. Digital tools are a fantastic enabler for doing this at scale.

That said, digital tools can only reach so far. There will always be a need for physical interaction and support for seafarers and their families. As access to ships gets more difficult, welfare organisations should look to seafaring communities as a source of beneficiaries. Seafarers and their families tend to be clustered around coastal cities, ports, and near major training centres.

As well as investing in digital outreach for those who are onboard, the creation of seafarer support centres for those who are ashore should not be neglected, and a new model for welfare that focuses on preventative and proactive measures should be provided locally to seafarers and their families.

The heightened interest in connectivity within the seafarer welfare debate has revealed polarised views on occasions. For example, while the benefits of connectivity in opening up access to friends and family via high speed internet is a widely lauded improvement, there has also been increased interest in whether connectivity could trigger social anxiety through a ‘fear of missing out (FOMO)’ on land activities while they’re at sea.

It’s too early to tell how much of an impact that FOMO has had on overall seafarer welfare. However, it should be noted that some have indirectly rebuffed it. For example, when contributing to the 2018 Crew Connectivity Survey Phil Parry, Chairman of Spinnaker Global, stated that ‘social interaction is not a seafarer problem, it’s a societal problem’.

More widely, evidence suggests that the overall influence of connectivity on seafarer well-being is positive. Namely, the Mission to Seafarers has noted that the issue of contact with family and loved ones is the most important aspect for seafarers. In fact, seafarers have explained that they receive a great of enjoyment from being in contact with home.

Communication with family a key concern

Furthermore, the latest Seafarers Happiness Index report, revealed the lowest levels of seafarer satisfaction for 8 years. One of the reasons why is the issue of connectivity and contact with families. More specifically, seafarers’ happiness regarding contact with family when they are at sea fell to 6.39, from 6.92.

Namely, this issue is something that shapes the happiness of seafarers massively and it is a common message from the Index, that vessels with good, cost-effective internet provision have the happiest crews by far. When vessels do not have such connectivity, then seafarer responses were unsurprisingly frustrated.

As a respondent mentioned “not having Wi-Fi is the biggest challenge on board and the voyages we take are long voyages which means we only talk to our loved ones after two months.”

On the other hand, although the survey raises a wide array of issues that should be the cause of great concern for all ship owners, operators and managers, a number of seafarers also took the opportunity to share examples of steps taken to improve welfare and morale onboard.

More specifically, there was positive feedback from seafarers who spoke about some of the efforts made to make life at sea more comfortable and enjoyable, despite other concerns. This included examples of vessels having funds allocated for wellbeing events and activities, such as weekly crew gatherings, quizzes, karaoke, sports, TikTok video making, movie nights, and barbecues.

Commenting on the results of the survey, Revd Canon Andrew Wright shared his hope that “through the rest of 2022, organisations will take further meaningful steps to improve the welfare of crews and help boost seafarer happiness. With financial backing and compassionate leadership, there are still actions that they can be taken to improve seafarers’ quality of life.”

According to a recent report by Inmarsat, between 1976 and 2002, 87% of reported suicides at sea happened on deep-sea ships. The researchers blamed, “… recent reductions in crewing numbers…”. As automation reduces crews, seafarers’ isolation will only increase.

What is more, the COVID-19 pandemic brought seafarer mental health issues to the fore, with lack of social contact or shore leave exacerbating the problem. Especially in the beginning of the pandemic that was a big issue, as no one knew how long COVID-19 quarantine measures would continue for, or how the world would react in future to a similar outbreak.