Seafarers’ fatigue in the era of COVID-19: What to watch

by The Editorial Team
in Maritime Knowledge, Mental 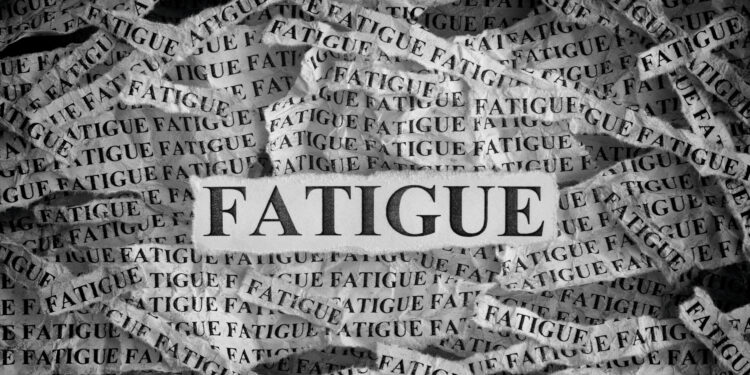 According to the definition given by the IMO, Fatigue is a state of feeling tired, weary, or sleepy, due to a prolonged mental or physical work, extended periods of anxiety, exposure to harsh environments, or loss of sleep. This what fatigue is according to IMO, the effects of which significantly affect performance and alertness. However, what do seafarers have to watch, in order not to be affected by fatigue, especially during a pandemic?

When fatigue kicks in, it immediately harms the physical and mental wellbeing of the sufferer.  This phenomenon is has been noted numerous times among seafarers, who are overworking during long and irregular hours, having not enough time to sleep. resulting in lack of sleep.

However, fatigue is not only physical, as it can be cause by menta factors as well. Loneliness, lack of communication with home, isolation, and risks such as piracy, can all take a toll on the mental health of seafarers, and eventually lead to fatigue. What is more, this gets worse if seafarers have to deal with all of these during a global pandemic.

Fatigue in the COVID-19 era

When the global pandemic showed its full force last spring, the Seafarers Happiness Index report tried to give some insight as to what happened to everyday lives of seafarers onboard during COVID-19.

As the report revealed seafarers were less happy, as they were mostly concerned about connectivity between shore and sea, increased workloads, extended contracts and increased isolation. These issues left most of the seafarers feeling stressed, anxious and exhausted.

Seafarers are not only dealing with normal cargo operations but are also coping with precautions, sanitising and living under a constant fear of infection. Ironically, this can make them feel even more vulnerable and susceptible to the virus

The result? Seafarers were feeling more fatigued, due to their constant attempt to keep on working without a sense of when they might be heading back home.

In fact, increases in workload affected more those seafarers who were responsible for cleaning and disinfecting the accommodation areas. These seafarers reported that the additional responsibilities significantly intensified their already heavy work schedules.

Workload is still a difficult area and demands seem to be increasing. Seafarers reported incessant work and of being exhausted and at breaking point. This is very concerning, and there are real fears too for the impact on safety. Accidents are much more likely to happen when seafarers are tired, fatigued and stressed

The Mission to Seafarers adds.

How to manage fatigue

The answer to fatigue that builds up over a few nights is easy: Sleep. There is no other answer. In fact, other conditions, like heat or long physical work, can make fatigue caused by lack of sleep worse. A very important factor to consider is that understanding how the body’s need to sleep works is the starting point for managing fatigue. Everyone should bare in mind that the need to sleep is built into our bodies in two ways: the need for recovery after being awake for a while and our body clock. People are designed to spend about a third of their lives sleeping. If we don’t sleep our performance and health suffers.

However, planning your time and sleep is very important. Seafaring can be demanding, leaving little time for other activities. Family and friends need time, seafarers often commute and there is still a need to sleep, whose time is often traded off. This happens because often others do not understand your need for sleep when you are working shifts or long hours.

After being awake for a while, our bodies and brains do not function as well. Sleep is necessary to recover from all the things we do when we are awake. Most people sleep about 8 hours a day when they have the opportunity to do so. So, after being awake about 16 hours we are naturally ready to go to sleep. While we can continue to stay awake, the chances of something going wrong increase, as time passes.

There are a number of practical tools that can be used for assessing whether fatigue may be a problem in your work, but according to AMSA, risk of fatigue increases when:

When crews are not fully alert, safety at sea is more likely to be endangered. The need for sleep can lead to taking shortcuts, while also health suffers through taking poor care of one’s physical and mental health needs.
In fact, estimates suggest that 25% of marine casualties are caused by fatigue. Now, a comprehensive research on seafarer fatigue shows how the long working hours culture takes its toll on seafarers:

In case you are wondering how to know if you are truly fatigued, the following symptoms have to be considered:

Increased workloads lead to another problem: false record keeping. Seafarers are either bowing to the pressures of the job, or even being forced, to falsify the records of the hours they actually work. This practice undermines onboard safety and health.