by John Southam
in Opinions 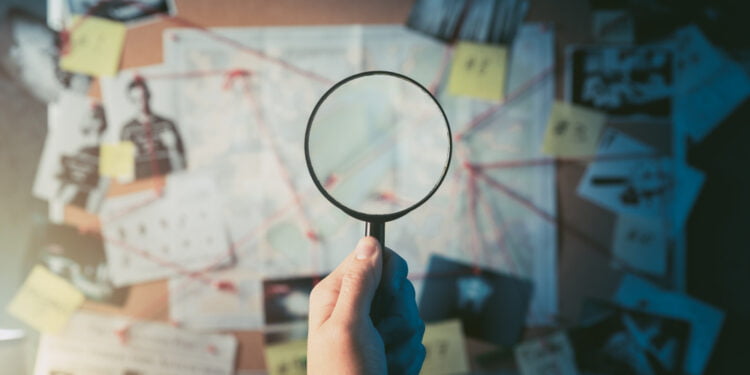 The importance of taking and maintaining good factual evidence in the event of an incident is absolutely key when it comes to defending any claim, highlight John Southam and Effie Koureta in SeaSense column, our special column in association with the North P&I Club.

Often this evidence is not reactive, but in fact proactive and easily gathered after an incident due to the fact crews have followed best practise and executed their roles fully. A good example of this is a vessel’s planned maintenance system, as well as being a valuable tool for making sure maintenance is carried out in a proper manner at the right time, a properly executed planned maintenance system, with full and detailed entries on both maintenance tasks and unplanned repairs, provides vital evidence when defending or pursuing a claim. Other examples include well maintained logbooks or well completed forms such as a Master – Pilot exchange form. These are examples of good quality proactive, factual evidence.

What is factual evidence?

There are two main types of evidence:

Once these facts are known, they can be used for different purposes, typically:

Following an incident, evidence could be used by many different people, not all of whom will be familiar with shipboard life and operations. Evidence will often be looked at by doctors, insurers, statisticians, civil servants, lawyers and judges, and they may need to be informed about the background to the incident under investigation to understand it properly.

Does it really help defend claims though?

Effie Koureta, Senior Executive (Claims) based in North’s Piraeus office knows the value of good evidence when defending a claim, she states:

From a claims handling perspective the successful defence of a claim is heavily dependent on supporting evidence in order that a carrier can reject or at least minimise the exposure. When claims are made against a vessel the carrier needs to be in a position to demonstrate that the cause of the alleged loss/damage was not the vessel’s fault. In that regard it is important to note that the carrier is under a duty to take reasonable care of cargo, and crucially bears the burden of proving the absence of negligence in the event that cargo is discharged damaged. If the carrier fails to discharge that burden of proof because no supporting evidence is available, then there is a presumption that the carrier is at fault and is liable in consequence.

Good contemporaneous record keeping in so far as a vessel’s documentation is concerned is therefore critical in discharging the burden of proof, allowing the carrier to rely on any available defences and/or right to limit under international conventions, such as the Hague-Visby Rules. In order for a carrier to be able to defend a claimant’s allegations for loss or damage to cargo whilst in the custody of the vessel, the carrier needs to be in a position to show that due care was exercised. It is therefore important to monitor and record appropriately, and as clearly as possible, anything that relates to the cargo condition pre-shipment, during loading, throughout the voyage and whilst being discharged, making sure to preserve such evidence in case a claim arises which usually must be made within a year from the date of discharge.

Such contemporaneous evidence is critical in helping to defend a claim, hopefully allowing the carrier to prove the nature and cause of a loss or damage was not the fault or responsibility of the vessel, and thereby avoid liability. Even if the vessel was at fault in some respect, in failing properly to care for the cargo, such evidence often greatly assists in settling a claim at a lower amount than originally claimed.

Help is at hand!
North has recently launched version 2 of their guide – “The mariner’s role in collecting evidence”.`The guide contains informative checklists of evidence to gather in the event of any incident you may find on board from cargo related claims to crew claims and collisions. It acts as an excellent memory aid for crews to help them gather together the correct evidence early.

The guide is available free electronically for North members.

Hard copies can be found at https://bit.ly/3qLyWsc

This publication will be available in app form for members soon!

Effie joined North in 2017, handles Cargo, Admiralty and Pollution claims and is a Member of the Sanctions Advice Group. She started her career in shipping in 2004 working for agents in Piraeus before moving to the UK and completing her Masters in Marine Policy at Cardiff. Following graduation she worked in the London Insurance market and at another IG Club before returning to Greece and working for the TMS Group of companies. She is a Fellow Member of the Institute of Chartered Shipbrokers and has taught Marine Insurance Law for a number of years.