SAFETY4SEA Crew Wellness Survey: How happy are seafarers onboard? 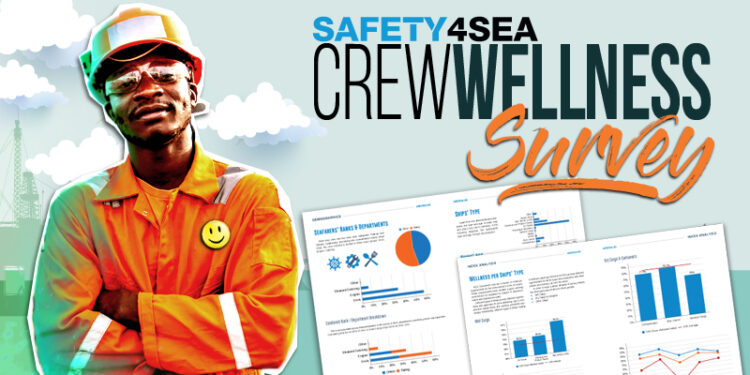 Life onboard has its own unique characteristics but is a demanding task for those who opt for it. As soon as the industry realized that crew wellness affects safety and efficiency of operations, maritime stakeholders have shed their focus on finding ways to address the issue. In this context, SAFETY4SEA conducted a survey aiming to assess the five key aspects of wellness for people working onboard: Social, Emotional, Physical, Intellectual and Spiritual. Overall, the outcome was better than expected, with seafarers achieving high satisfaction scores in many sections.

Running during Q4 2019, the survey gathered responses from an unprecedented 9,768 seafarers, serving onboard 1,072 ships. The survey was anonymous, aiming at providing an index for benchmark. Participants had to complete a questionnaire divided into two parts. The first part included demographics about ship type, rank, department, gender and nationality of the seafarer while the second part focused on key elements defining the five key aspects of crew wellbeing:

According to the survey, the most satisfied male seafarers are Stewards, of age group 26-35, onboard gas tankers of ship age 11 to 15 years old. The satisfaction level of this group is 97.3%.

The least satisfied male seafarers are Deck Officers, of age group 16 to 25, serving onboard Bulk carriers aged more than 20 years old. The satisfaction level of this group considered to be very low marked to 31% only.

The most satisfied female seafarers are Deck Officers, of age group 26 to 35, onboard Gas tankers of ship age 0 to 5 years. The satisfaction Level of this group is 97.8%.

The least satisfied female seafarers are Engine Ratings, of age group 46 to 55, on board Bulk Carriers, of ship age group 6 to10 years old. The satisfaction level of this group is 25.3%.

“Taking into consideration the above genders’ results, it seems that seafarers serving onboard wet cargo ships and especially gas tankers, consider themselves satisfied in respect of wellness. On the other hand, seafarers serving onboard dry cargo ships and especially Bulk Carriers are not satisfied, not even to the level of 50%.”

What is more, the survey found that industry efforts and MLC have played a key role in fighting fatigue, which has been considered a main area of concern in crew wellness for years.  In the question “How often do you wake up fresh and fully rested?”, the satisfaction level is 80.2%, with 53.8% of the seafarers answering “On a daily basis”.

By far, the most common problem for responding seafarers was communication. Several seafarers mentioned that internet connection is very expensive, while others said there is no internet connection in their cabins and asked for “more affordable means of communication” with their families, such as free Wi-Fi. However, in question “How often do you keep up to date with world and home country news?”, answers reveal that receiving news and communicating onboard scored a very good satisfaction level, of 80.5%.

Meanwhile, although there is a lot of talking regarding one individual’s motivation, by analyzing the question “How often do you feel motivated on board?”, we find that when it comes to seafarers, there is a satisfaction level of 86.1%, as the 64.9% of seafarers answered, “on a daily basis”. This provides a remarkable percentage of more than 88% of motivated seafarers serving onboard. 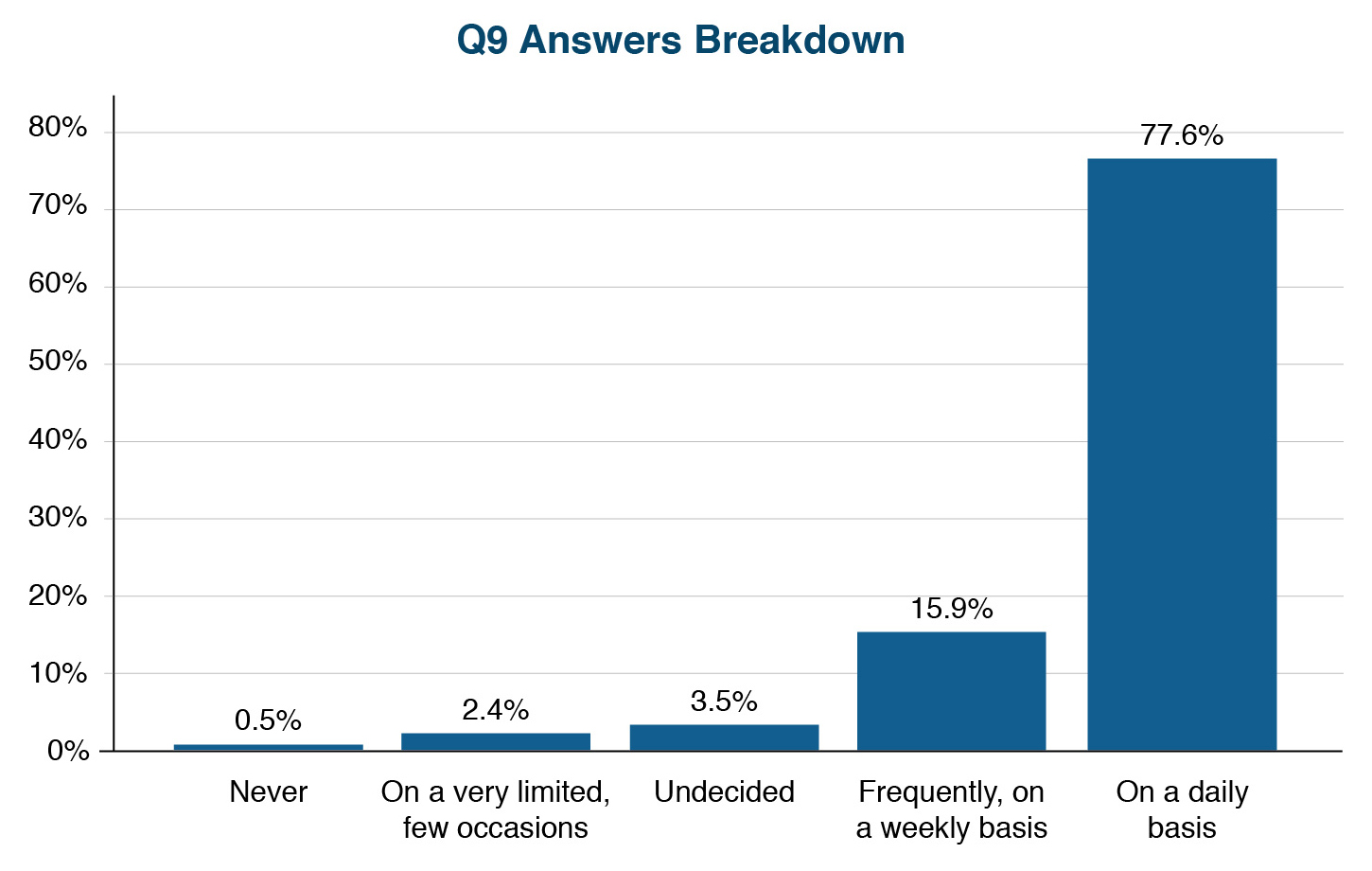 Also, there were many respondents who touched the issue of recreation onboard, proposing additional entertainment opportunities for better socializing and relaxing, such as satellite TV, gym, or a bigger focus by the owner on team activities, such as games. In this respect, lack of exercise was identified as a key issue in the survey.

Other issues mentioned were discrimination, lack of safe operations, lack of healthcare cards, and the duration of serving time contracts.

‘’To help spread the message across, let’s keep in mind that when we talk about wellbeing, we need to focus on many aspects and that many initiatives can enhance the working environment onboard. What once seafarers’ lives at sea were invisible to those ashore, now it is time to shed light and not leave any arising issues to go undetected. This was the idea of our survey and this should be our industry’s priority.‘’ Mr. Apostolos Belokas, Managing Editor, SAFETY4SEA commented. 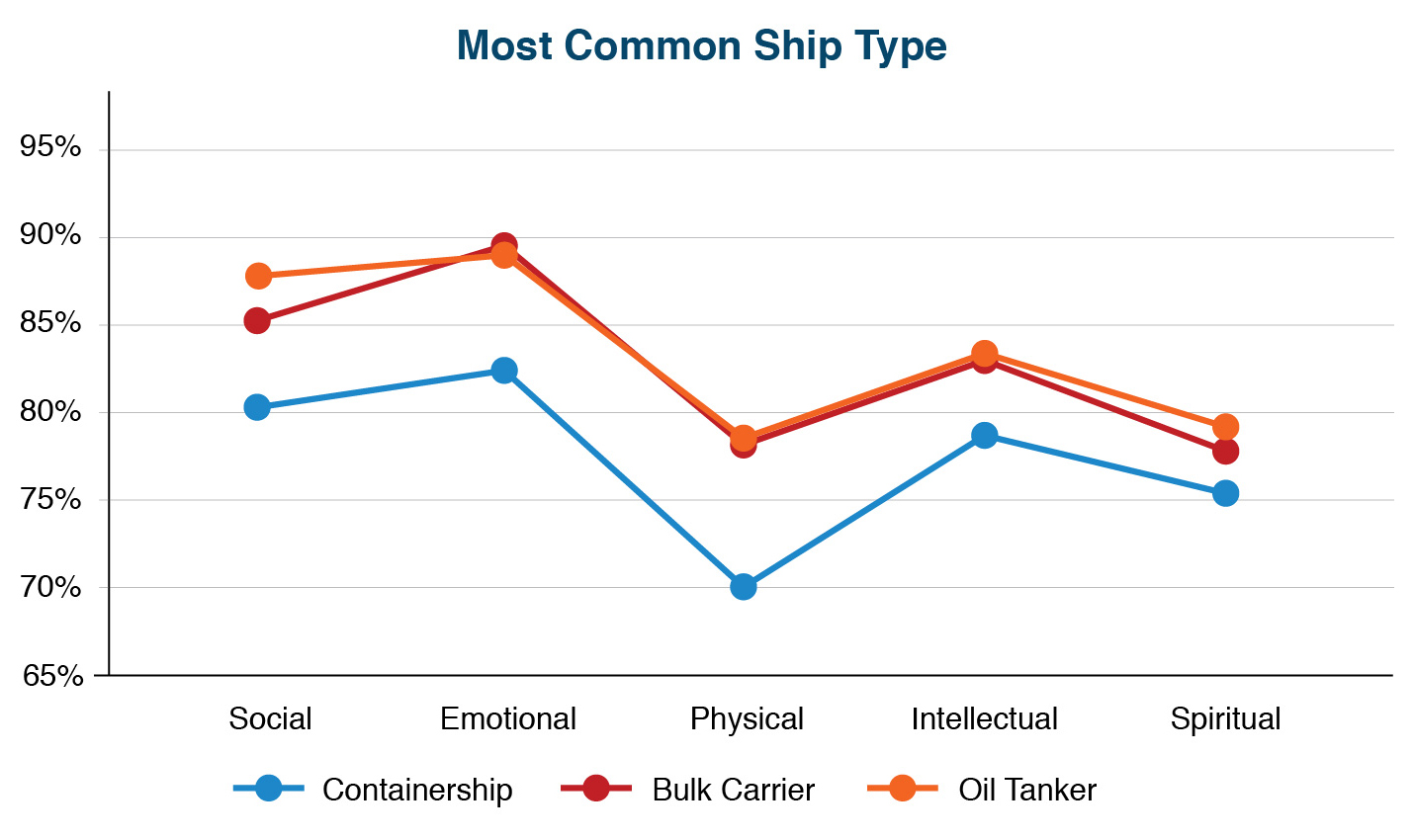 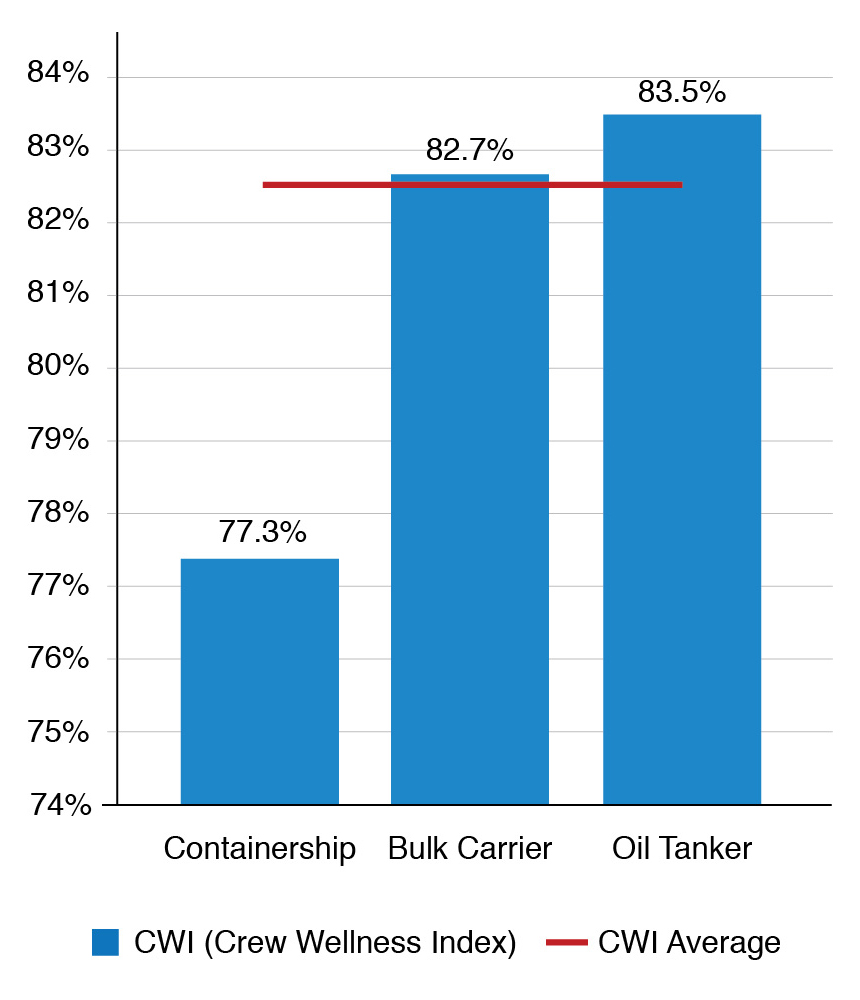 In any case, the overall outcome was better than expected, which means the industry’s awareness and efforts for better life onboard have started to show results. However, issues like poor connectivity in today’s constantly connected world and better socializing opportunities for a better life onboard, constitute areas for improvement.

Traditionally, the industry thought of seafarers as only ‘occupational’ human beings, but the current definition of wellness looks at the human being’s holistic nature. While the industry is currently addressing the aspects of wellness onboard responsibly and significant steps have been made so far by many maritime stakeholders, more actions are needed to maintain and enhance the level of satisfaction.