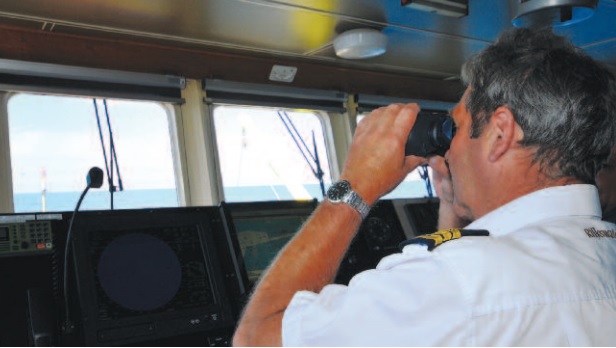 Ship navigation is referring to the voyage practices, focusing on the process of monitoring and controlling the movement of the ship from one place to another. Specifically, starting from knowing where you are on a chart and choosing the best route to where you are heading.

Marine navigation is a big challenge, as it requires both knowledge and skills. This is especially true nowadays – in the smart era – but it was also true when the only available navigation was the celestial.

“A collision at sea can ruin your entire day”, said Thucydides around 400 BC, an Athenian historian. So much truth for shipping Companies even today which focuses on practices that enhance navigational safety.

In practice, this means firstly, that a ship will navigate from point A to point B safely and secondly that the ship at the same time will avoid causing problems to other ships navigating in the area. Many vessels collide in good visibility where either one or both vessels don’t see each other until it’s too late to avoid collision.

The first issue is a matter of following common navigational practices on board with respect to planning, executing and monitoring a voyage. However, the second issue requires common rules to be followed by all ships, in order to avoid any risks when navigating closely.

In this regard, IMO adopted a set of rules in 1972, the so called Convention on the International Regulations for Preventing Collisions at Sea (COLREGs). However, since then, collisions still happen.

In response, some maritime experts suggest COLREGs to be revised to include new technology’s features while others claim that COLREGs are confusing; that’s why navigators find it difficult to implement those rules.

On the other hand, if we look into the root causes of collisions, by far the majority of causes is due to deviation of COLREGs proper implementation. In essence, if those involved in the collision had followed the COLREGs properly, the accident could have been avoided.

However, even though we are currently witnessing many technological advances and automation in navigation, from the completion of ECDIS phase in to sophisticated digital bridges with touch screens and high tech sensors, the implementation of COLREGs still requires human judgement and decision making.

What’s more, approximately 80% of the information received by the brain comes through our eyes. Although bridge systems nowadays give to navigator a real time picture of the area, these systems cannot identify details that the seaman’s eye can reveal.

Therefore, officers onboard should not rely on technology alone; on the contrary, proper lookout is most critical. It is specifically required by the COLREGs in Rule 5, but it is also a requirement in all safety management systems and a very good practice for any seafarer onboard.

In addition, Rule 5 requires navigators to use not only sight but also hearing; A good lookout makes use of all senses, hearing, feeling, and even smell. However, a good lookout goes along with monitoring of radar, AIS, and VTS and all bridge team members should be encouraged and competent to use the available means onboard to maintain focus and alertness.

Taking into consideration the above, COLREGs may need to be revised to include new technology items, but even in their current format, if there were implemented and followed as required, most of collision incidents would have been avoided.