SOLAS Chapter XI-1, regulation 5 requires all passenger ships and cargo ships of 500 gross tonnage and above engaged on international voyages to have on board a Continuous Synopsis Record (CSR). But how can ships receive such a document?

The CSR document aims to provide an onboard record of the history of the ship with respect to the information recorded therein. In addition, cargo ships of over 500 gross tonnage and all passenger ships engaged on international voyages shall be issued with a CSR document.

As the IMO says:

Only the ship’s Administration can issue a ship’s CSR document to a ship. The first CSR document issued to a ship is numbered 1 and subsequent CSR documents are to be sequentially numbered. The sequential numbering continues across change of flag throughout the life of the ship

Each original CSR document will have to be sent to the ship and kept by the ship throughout its lifetime. Moreover, the Administration must keep a copy - which can be electronic - of each CSR document issued to the ship. 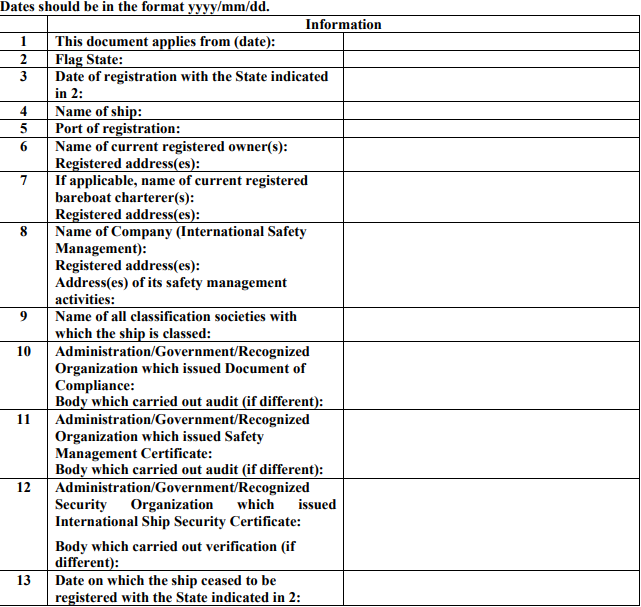 Whenever any change regarding entries listed in the current CSR document of the ship has occurred, this change needs to be included without delay in the ship’s CSR file. Pending the issue of a revised and updated CSR document by the ship’s Administration, the Company or master is required to complete an amendment form and attach the original to the current CSR document. A copy of the completed amendment form has to be forwarded without delay to the ship’s Administration for their consideration and action. 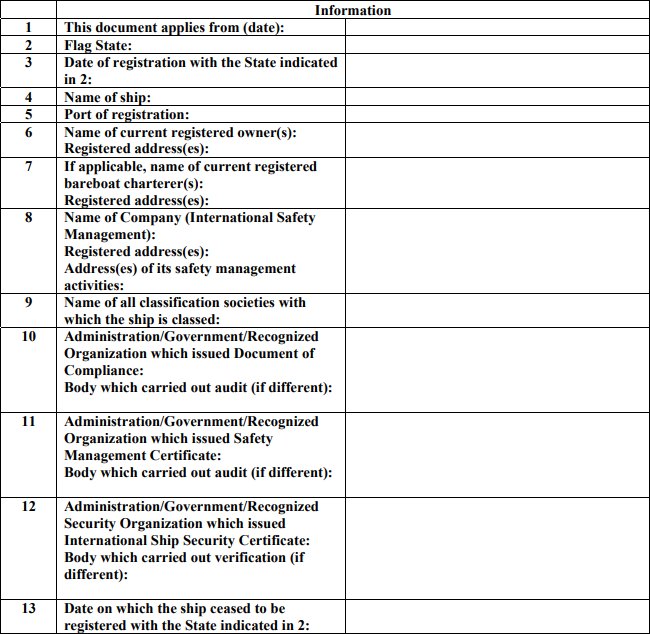 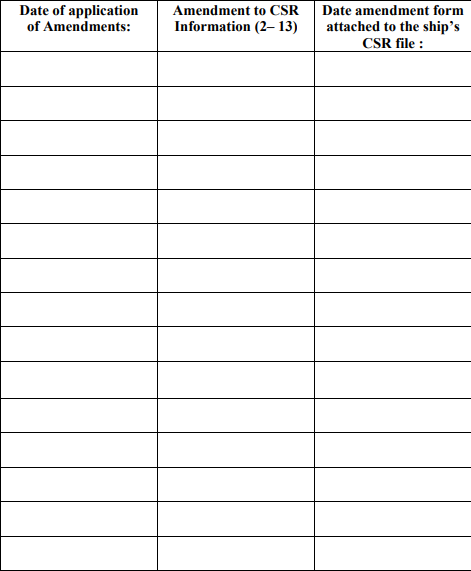 In case the flag changes, the previous flag State must issue a new CSR document to the ship showing the date the ship ceased to be registered with that flag. That flag State is required to send a copy of the ship’s CSR file, without delay, to the new flag State.

As soon as possible, but not later than three months after a change of flag, the new flag State needs to issue to the ship a sequentially numbered CSR document.

Actions by masters when receiving a CSR document

Upon receiving a revised and updated CSR document, the master must check its sequential number and review the document to make sure that it covers all relevant amendment forms attached to the previous CSR document.

If this review establishes that there are outstanding amendments not reflected in the latest CSR document, the master should do the following:

Loss of, or damage to, any document in a ship’s CSR file

In case of loss of, or damage to, a ship’s CSR file, the Company or master must contact in writing the ship’s Administration without delay, and list the papers lost or damaged. The Administration should then provide relevant duplicates to the ship of the CSR documents and amendment forms that it holds, to replace such papers. Such duplicates should be marked accordingly.

Overall, the CSR should contain the following details: