by George Polychroniou
in Fuels, Opinions 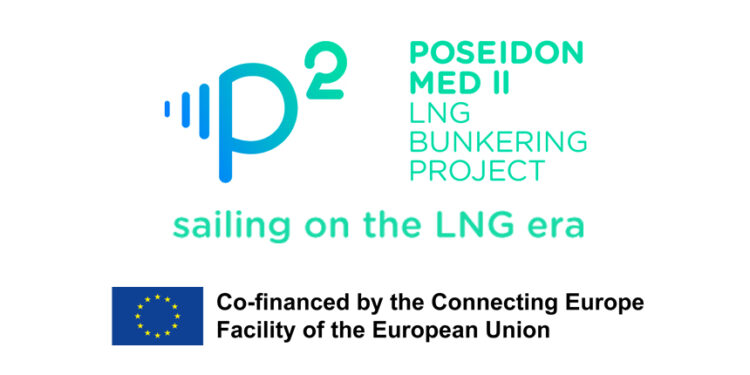 As the Shipping industry globally and in Europe seeks solutions for cleaner and sustainable marine transportation, the European project of Poseidon Med II is paving the way for the adoption of LNG as a marine fuel in the Eastern Mediterranean Sea, turning Greece into an LNG bunkering hub in the region.

Mr George Polychroniou, Executive Director Strategy and Business Development DEPA COMMERCIAL, and Project Manager of the European project Poseidon Med II, explains the reasons why the adoption of LNG as a marine fuel can lead marine transportation to a greener and more sustainable future, in a cost – efficient manner for ship-owners.

SAFETY4SEA: What is the trend of LNG as a marine fuel globally and in Europe?

George Polychroniou: The rising trend of LNG as a marine fuel is driven by the adoption of stricter environmental standards, including the IMO 2020 regulation and EU directives which lower the permitted Sulphur level of marine fuels to 0, 5% globally and to 0, 1% for areas designated as ECAs. Within this framework, LNG is facilitating the transition towards a carbon neutral future contributing to the reduction of GHG emissions, thus improving air quality at ports. While LNG is preparing the ground and setting milestones for a carbon neutral shipping era , developments regarding the use of liquefied biomethane (LBM) and liquefied synthetic methane (LSM), all contribute towards achieving cleaner and “greener” seas after 2030 .

The use of LNG as a marine fuel has become apparent in Europe. The growing demand for LNG vessels covers a wide spectrum of “end-users” including sectors for passenger ships, cruise ships, container vessels, with LNG new-build vessels gaining momentum. Notably, with the expansion of the shoreside LNG supply infrastructure, LNG fueling for vessels on the go, is continuously becoming faster and more efficient. The increasing number of LNG bunkering vessels is expected to rise from seven operating in the EU currently, to about fifteen by the end of 2021. Clearly, these key elements indicate that around the globe the use of LNG as marine fuel is on the rise.

G.P.: LNG as a marine fuel represents a safe and proven technology that is constantly evolving and is already available in sufficient quantities currently meeting the needs of the shipping industry. In contrast, other alternative fuels such as methanol, biofuels, hydrogen, “green ammonia”, solar energy, battery technologies are either at early stages of implementation or still on a development stage regarding their technical efficiency, financial sustainability, pricing schemes, regulatory framework, etc.

Additionally, an established regulatory framework for the use of LNG as a marine fuel, is already in place. This framework covers a wide spectrum ranging from availability, to storage, supply and pricing – critical issues that establish secure, stable and reliable conditions for investors, ship-owners and market stakeholders. Furthermore, for ship-owners the benefits of LNG are two-fold: As the financial studies carried-out under Poseidon Med II have demonstrated, the use of LNG as a marine fuel, constitutes a cost-effective option for ship owners, which at the same time enables alignment with current and potential European and international environmental standards. Moreover, LNG is also a facilitator for shifting to bio or synthetic LNG without major modifications, while existing supply infrastructure can be scaled up without fundamental restructuring. These factors, coupled with competitive pricing and the growing availability of infrastructure, render LNG as the most effective solution for the marine industry’s quest to achieve ambitious climate goals in a cost-efficient manner.

G.P.: Poseidon Med II is a key European project co-funded through the EU’s Connecting Europe Facility (CEF) contributing decisively to a dynamic expansion of LNG in the Eastern Mediterranean marine transportation. Aiming at establishing a viable, efficient and sustainable supply chain in the region, Poseidon Med II has already taken all the necessary steps including technical, regulatory, operational and financial parameters, unlocking the necessary investments for the establishment of the small-scale LNG (ssLNG) infrastructure in the area.

Regarding the regulatory framework, PMII has contributed significantly to the establishment of a Regulatory and Legislative framework for the implementation of safe LNG Bunkering operations in Greek ports, enacted, in 2019, by Presidential Decree (PD 64/2019).

Additionally, under PMII a Practical Guide to Port Authorities on how to maintain safety during LNG bunkering operations has been prepared. Furthermore, to advance the realization of an economically viable supply chain, PMII has financed a number of studies assessing the cost of LNG bunkering logistics, as well as the development of synergies with other sectors, including ways to supply natural gas to remote energy consumers (industrial/commercial) and/or urban networks of Western Greece (Patras & Igoumenitsa), Crete and Cyprus (Vassilikos). As for the small-scale LNG bunkering infrastructure to be established at five East Mediterranean ports (Piraeus, Patras, Heraklion, Igoumenitsa and Limassol), the respective master plans have been updated and the required environmental studies are being finalized.  For the Revithoussa LNG Terminal, which constitutes the “logistics starting gate” of the ssLNG supply chain in the wider region, PMII enabled studies and permitting procedures to be carried out with regard to the construction of a truck loading station and a new ssLNG jetty to serve smaller feeder/bunkering vessels of capacity between 1,000 to 20,000 m3, which will be operational by end 2021 and 2022 respectively.

PMII has also contributed decisively to the development of LNG shoreside infrastructure. In this respect, PMII has financed the conceptual and detailed designs for the retrofitting of ten conventionally fueled vessels and for two new build LNG fueled passenger ferries, including an innovative RO-PAX ferry that will be using environmentally friendly technologies to improve propulsion and efficiency. At the same time, thanks to PMII, the construction of a Semi Ballastable Barge Transporter has been launched in Italy (scheduled for delivery later this year) which will operate in the Mediterranean and the Adriatic Sea.

SAFETY4SEA: What are the goals and aspirations of Poseidon Med II?

G.P.: Over the past 4 years, Poseidon Med II has been preparing the ground for the adoption of LNG as a marine fuel, facilitating the transition of marine transportation in the Eastern Mediterranean Sea towards a low-carbon future. Twenty-six Partners from Greece, Italy and Cyprus are working together, through synergy building and economies of scale, to expand and develop the adoption of LNG as marine fuel. Through its holistic approach that includes all aspects of development and establishment of a viable, efficient and sustainable supply chain, Poseidon Med II is elevating Greece into an international marine bunkering hub for LNG in South East Europe. Moreover, Poseidon Med II is setting the pace for the adoption of LNG from 2022 onwards, passing the torch to the BlueHUBS project. BlueHUBS is about the construction of two LNG bunkering vessels for Greece and Cyprus to promote LNG bunkering in the area and the procurement of small-scale mobile LCNG stations and LNG Tanker Trucks for the Core TEN-T ports of Heraklion and Limassol.

Committed to promoting the adoption of LNG as a marine fuel in Greece and the Eastern Mediterranean region, DEPA Commercial invests in the construction of an LNG bunkering vessel (3-4,000 cubic meters capacity), aiming to refuel ships in Piraeus as well as in other ports in Greece, while enhancing the role of Greece as an LNG bunkering hub to the region. Last but not least, the prospect that the Mediterranean Sea is to be designated as an Emission Control Area with the imposition of new stricter environmental regulations makes LNG an even more attractive solution as marine fuel to the shipping industry.

SAFETY4SEA: What is your key message to ship operators/owners to opt for LNG as a marine fuel?

G.P.: Nowadays, the Shipping Industry has to overcome significant challenges posed by climate change, called upon to comply with ever stricter environmental regulations, while at the same time safeguarding its core business and investments. Today, the adoption of LNG as a marine fuel is the only established and reliable solution to achieve efficiently adequate sustainability for marine transportation cost, and at the same time achieve IMO and EU lower-carbon emission targets.

The great legacy of Poseidon Med II is that it lays the foundations for a viable, efficient and sustainable supply chain in the region that secures LNG availability with competitive prices for vessel fueling on the go, setting an era for cleaner seas. The bottom line is, the adoption of LNG represents the optimum path for the shipping industry to make the transit to a greener and more sustainable future, in a cost- efficient way for ship- owners.

The sole responsibility of this publication lies with the author. The European Union is not responsible for any use that may be made of the information contained therein.

Mr George Polychroniou is Executive Director Strategy and Business Development DEPA COMMERCIAL, and Project Manager of the European project Poseidon Med II.Born in 1963 in Athens, George Polychroniou graduated from “Lycee Leonin” Franco-Hellenic high school in 1981 and then earned a degree in Chemical Engineering from the National Technical University of Athens (NTUA) in 1986. He completed his studies at the Federal Polytechnic School of Lausanne (EPFL) and obtained his Master’s of Science degree in Energy Systems with a specialisation in Economics in 1994. After beginning his professional career in the private sector, he joined the then newly established DEPA in the beginning of 1989. Since 2004 he has served in various management positions in the commercial, financial and operating activities, strategy and business development of DEPA. Since October 2020 he has been Executive Director of Strategy & Business Development, with responsibilities in strategy, corporate development and regulatory affairs and since December 2014 he has been CorporateSecretary of DEPA. He also represents both European co-financed projects Poseidon Med II and BlueHUBS as Project Manager.