Padre bulk carrier detention: Crew not scared to speak about their safety

by The Editorial Team
in Accidents, Detentions, Maritime Knowledge 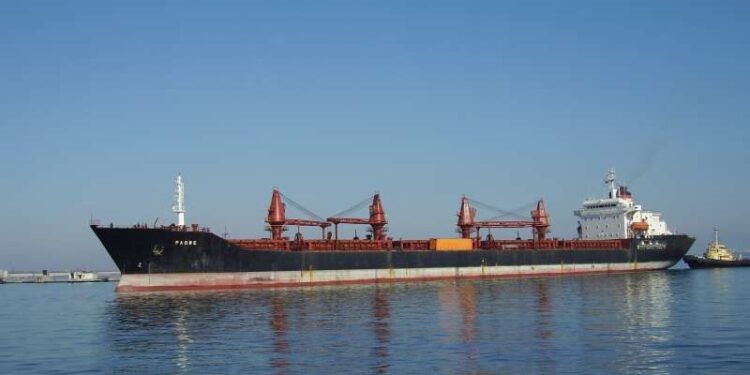 In January 2008, three crew members of the Liberian-flagged bulk carrier ‘Padre’ told a local seafarer’s charity that they feared for their safety onboard. Thorough inspection shortly after identified key safety issues and the ship was detained immediately, while ISM certification was withdrawn.

Case details: At a glance

In February 2008, the 25-year-old ‘Padre’ arrived empty from Turkey in Immingham dock, UK, to pick up cargo. Fr. Colum Kelly, port chaplain at Immingham, arrived on the ship to find a very unusual situation in which none of the 23 seafarers onboard wanted to speak to him.

Later that day, three of the ship’s crew arrived at the seafarers centre to speak to Fr. Colum privately.

It was then found out that the crew had been very afraid to speak to him onboard for fear of being blacklisted or abandoned at port, yet they felt so concerned over their safety they had braved coming to the centre to voice their concerns.

The seafarers told me they feared for their lives when they were in The Bay of Biscay, the ship was taking on water and they were certain they would go down. In the midst of this awful situation, the Captain had forced them all to sign a disclaimer stating how happy they all were with the salary, conditions and the ship,

Fr. Colum immediately contacted the ITF who came to inspect the ship. They instantly detained it in dock because of its unseaworthy condition.

Examination showed there had been not only crucial damage to the ship, but that conditions for the crew were not acceptable. In brief:

PSC inspectors namely found 64 deficiencies onboard the vessel, 8 of which were detainable. The deficiencies included:

The number and nature of the deficiencies on-board the vessel indicates a major failure of the vessels Safety Management System.

This detention highlighted how the crews themselves sometimes are made to compromise safety due to fear for their future employment.

There probably will still be a backlash for these seafarers, such as this specific shipping company being unwilling to hire them. But at least their lives are now safe,

…stated at that time Fr. Colum.

However, this brave action from the three crew constitutes a great example to commemorate, as it provided this story with a happy ending, which equates to zero loss of life.

Without the quick action of Fr. Colum we cannot say what might have happened to that ship and crew on its return voyage,

After 5 days of detention, the ship was then sent to Hull for repairs before it was released on 6 February 2008. The ITF also ensured that the conditions were all brought up to standard. The crew was also happy with the outcome.

Notably, the ship had also been detained in Italy the previous December for 5 days with 13 deficiencies of the ISM Code.