Onboard connectivity and seafarers’ wellness: Where we stand

by The Editorial Team
in Maritime Knowledge, Seafarers, Social 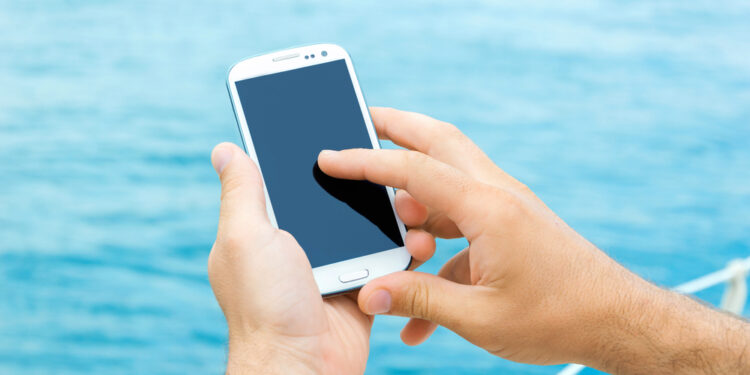 If COVID-19 has brought one seafaring issue to the forefront, it has been that of Internet onboard, as the extended time of remaining onboard along with increased stress due to COVID-19 pandemic has triggered a wider discussion on the need for connectivity with the outside world.

Internet connection has been a rather uncommon request by seafarers. Older generations may remember a time when alcohol and bars onboard were focal points for social interaction, whereas younger generations have grown up with connectivity and internet access. In the new era, Internet has found its place as a life necessity, among food, water, power, healthcare. Even the high-level grounding of Wakashio, which attracted significant media attention causing a major oil spill off Mauritius last year, occurred as the Captain reportedly navigated the vessel closer to the shore to look for an internet connection for the crew.

Poor communication with loved ones was also the most regularly seen complaint from seafarers during SAFETY4SEA Crew Wellness Survey, which took place in 2019, reflecting feedback from over 9,000 crew members worldwide. While everything around us becomes connected and Internet is a crucial part of our everyday lives, it is not a given for crews plying the world seas, due to the low bandwidth which requires more investment in equipment.

However, the pandemic has highlighted even more the need for connectivity thus spurring a greater shift towards the need for investment by shipping companies. From isolation as a potentially adverse consequence of their job, to isolation as a mandatory requirement, seafarers now have bigger stress to handle, as now their one and only get-out is an efficient Internet connection.

According to Inmarsat, total data consumed per ship has nearly tripled during the pandemic, rising from 3.4 gigabytes a day to 9.8 gigabytes a day, at a time when global internet usage has only doubled around the world during the same period, marking an irreversible trend for the future, the company said.

The positive impacts of Internet onboard amid pandemic

Research has actually confirmed that connectivity onboard has proved to effectively improve seafarers’ mental health and their overall wellbeing, while it is seen as a major force to attract future generations into the sector. Smartphone use is like breathing for Millennials, who could constitute as much as 75% of the global workforce by as early as 2025, according to Allianz, bringing a whole new set of demands and expectations with respect to technology.

From 2019, a high-level study from ICS and ECSA revealed that, not only is internet access for seafarers for personal use onboard ships was more widespread and available than previously imagined, but also that the positive benefits associated with this access could outweigh the feared safety concerns around the technology.

“When my dad passed away, my brother and I we were both onboard. My family managed to reach me because I have access to internet, but we spent hours locating my brother, an engineer in bulk carriers. That was pretty devastating for us,” said a Captain in a recent interview to SAFETY4SEA, highlighting with a manifest example how Internet connection is a necessity rather than a luxury.

Moving beyond the argument of communication with friends and family, which remains a vital factor on the table, connectivity has additional advantages. Especially in the era of COVID-19, Internet onboard can facilitate one-to-one, and group counseling sessions via internet.

For example, CHRIP recently touched upon the issue of cathartic interventions, a collection of actions and services that can be offered to enable the person who is distressed to release emotional tensions. These are usually face-to-face but can be accessed via the telephone or internet in real-time or asynchronously via email.

The pandemic unveiled another positive impact of internet onboard as it constituted the main source of information and a window to the world for seafarers, who remained several months trapped onboard in stressful insecurity while not knowing what is happening and not receiving proper information on the pandemic.

The latest Seafarers Happiness Index of Q1 2021 revealed some bright side in this respect, with more signs of investment in seafarer wellbeing and welfare, including better connectivity.  Encouragingly, it seems that some progress is being made, with more seafarers being able to get online and connect with friends, family and loved ones back home, The Mission to Seafarers said.

We all know that it is proving incredibly challenging to get seafarers home, but there is a real sense of increased happiness when owners invest in better or cheaper connectivity for their fleet, when they increase budgets to allow for better food and more choice, or provide new gym or entertainment equipment,

Indeed, shipping has witnessed a trend of good intention by shipping and technology organizations. Amid the second pandemic wave, as part of the 2020 #SeafarersDeliveringChristmas campaign, Inmarsat offered free extra time for seafarers to catch up with their loved ones from Christmas Eve to New Year’s Day. More recently, in early March, the Port of Gladstone announced an Australian-first initiative trialing Wi-Fi on cargo ships off the Port which allows seafarers to connect up to 20 km from the shoreline, boosting communication capabilities with their loved ones. What is left to be seen is if this trend is here to stay also post-pandemic.

Above all, we need to keep listening to our seafarers and take practical action now to meet their needs,

…said Andrew Wright, Secretary-General of The Mission to Seafarers, on the occasion of the latest Seafarers Happiness Index release.