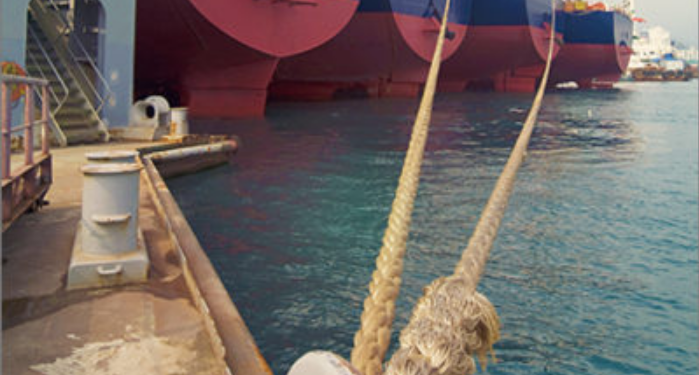 Above image is used for illustration purposes only.

The fourth edition of OCIMF Mooring Equipment Guidelines (MEG4) was issued in July and scope of the current article is to provide a quick update on to what is being introduced.

Mooring a ship to a berth is a common function for the maritime industry, however incidents that harm ship and terminal personnel still occur. MEG4 is an industry publication for the safe mooring of tankers and gas carriers at terminals, providing clear and concise guidance for ship and terminal designers, ship operators and mooring line manufacturers on safe mooring system design, with an emphasis on the safety of ship and terminal personnel. It is worth noting that the recently published update of the Vessel Inspection Questionnaire (OCIMF VIQ 7) includes questions from this fourth version of MEG and that in addition to that OCIMF has made available more material and videos etc on their dedicated web page at https://www.ocimf.org/meg4.aspx

The fourth edition has been extensively updated and addresses: Lessons learned from incidents, most notably from failures of HMSF mooring lines; Human centred mooring designs and human factors in mooring operations; New and in-development regulations and guidance from the IMO on the safety of mooring; Alternative mooring technologies and how they can be incorporated safely into the design of mooring systems both for ships and terminals.

The Mooring Equipment Guidelines, fully reviewed and updated for the fourth edition, include the following new chapters and key changes:

The updated guidance addresses the questions raised by readers since the third edition was published in 2005 and it should be stressed that the technical content and language has been updated to provide clear guidance.

During the revision of MEG it was clear that there is confusion in the shipping industry with the term ‘Minimum Breaking Load’ (MBL) and other terminology relating to line strength.

Nylon (polyamide) mooring lines should be specified as break tested wet because nylon lines change strength characteristics once exposed to water and generally do not fully dry to their original construction state.

LDBF is the minimum force that a new, dry, spliced mooring line will break at when tested according to appendix B. This is for all mooring line and tail materials except those manufactured from nylon which is tested wet and spliced. This value is declared by the manufacturer on each line’s mooring line certificate (see appendix B) and is stated on a manufacturer’s line data sheet. As outlined in appendix B, when selecting lines, the LDBF of a line shall be 100-105% of the ship design MBL.

The LDBF for nylon (polyamide) mooring lines should be specified as break tested wet because nylon lines change strength characteristics once exposed to water and generally do not fully dry to their original construction state.

The maximum load that a mooring line should be subjected to in operational service, calculated from the standard environmental criteria. The WLL is expressed as a percentage of ship design MBL and should be used as a limiting value in both ship design and operational mooring analyses. During operation, the WLL should not be exceeded.

LMP is used to manage the operation and retirement of mooring lines and tails. The LMP also documents the requirements, assumptions and evaluation methods used in determining the line retirement criteria. The LMP is specific to an operator, ship type, and trade route; however, MEG4 gives general guidance on establishing a LMP.

The MSMP is to be ship specific and complement the ship’s safety management system. Through a ‘goal-based’ approach, core elements of the mooring system are identified against which high level ‘goals’ are established supported by more detailed ‘functional requirements’. A register of the mooring system components is maintained for the ship’s life in an accompanying Mooring System Management Plan Register (MSMPR).

SQE Marine has provided further guidance available on their website, which can be seen herebelow