LPG as a marine fuel: What are the key drivers and barriers? 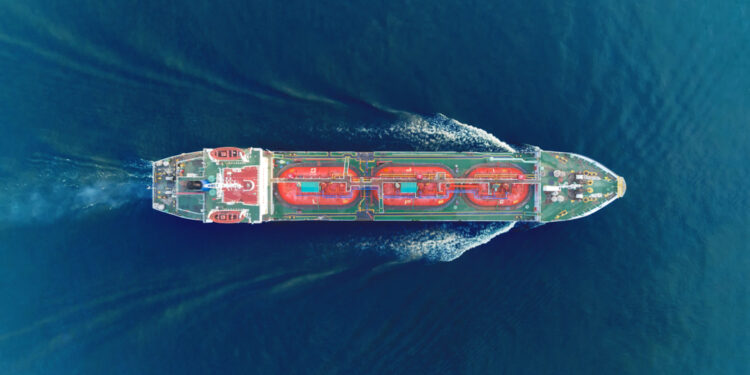 The environmental performance of LPG as a fuel is close to LNG with some advantages, both of them being fossil fuels. LPG is the best dual fuel option for the significant existing fleet of LPG carriers. Furthermore, bunkering is one of the key benefits of LPG with import/export terminals and LPG carriers providing a wide network of outlets improving the suitability of the LPG as a marine fuel.

During the 2021 GREEN4SEA Virtual Forum, speakers of Panel 9 discussed why operators to choose  LPG as a fuel, acknowledging the following key advantages:

What is more a big advantage of LPG is the fact that LPG bunkering is available globally. More specifically, currently there are over 1000 storage facilities and terminals, while there are also more than 700 small carriers carrying out ship to ship bunkering.

Bunker quality disputes on the rise

From the bunkering point of view, LPG is the most advanced fuel

As for vessels running on LPG, today there are 4 LPG powered vessels, while more than 71 ships will be retrofit or built to accommodate LPG.

However, LPG has a lot of future, with the renewable LPG, which is produced through a variety of technlogies, and consists of mixed feedstocks, such as wastes, residues and vegetable oil. As noted, with bio-LPG we will be able to reduce carbon emissions by a further 80%.

Nevertheless, as LPG is relatively new, a very important aspect is the rules that surround it. According to Peter Van de Graaf, Account Manager Belgium, Lloyd’s Register Marine & Offshore, currently the only vessels that are using LPG as a fuel are the LPG carriers, and therefore the IGC Code is applicable, as well as the rules for LPG carriers from Lloyd’s Register.

More specifically, regarding the IGC Code “Alternative Fuels and Technologies”, if acceptable by the administration, other cargo gases may be used as a fuel, providing that the same level of safety as natural gas in this Code, is ensured.

For gas detectors, consideration must be given to the locations such as the bottom of spaces where LPG is likely to be rpesent and in the ventilation outlets

Despite these however, Mr. Van de Graaf noted that a proper risk based study must take place, which wil consider the following:

Nonetheless, despite the many advantages that LPG has, Kristof Coppé, Project Manager, EXMAR, noted that it is also an extremely flammable gas with flamability limits between 1.0 vol% and 12 vol% in air.

For this reason,  Mr. Aabo urged that “proper mitigating measures are necessary to ensure that all risks are as low as possible.” In that regard, the following must be ensured:

In case of any potential safety issue in the LPG fuel supply system, the emergency shutdown system of the vessel will automatically cause the main engine to switch over to compliant fuel oil

Remaining on the potential challenges of LPG, Mr. Coppé said that if LPG is to be installed on a non-gas carrier, there would not be major differences compared to LNG, provided of course that the crew is properly trained.

Nevertheless, Mr. Xydas focused on the milestones that LPG presents, giving emphasis on the first LPG non-carrier vessel and adding that:

We would like to see other vessels, maybe containerships or passenger ships, to convert to LPG. The conversion is very simple and for short routes it is feasible. However, it has not take up yet

A reason why LPG has not advanced much yet, according to Mr. Van de Graaf is the perception regarding alternative fuels in general:

These new technologies, such as LPG and hydrogen, are now there, but they need to mature. We need to give them time and a change to prove how they can help shipping

In his turn, Mr. Coppé added that change of the current perception about this fuel is a key issue for consideration, as LPG has proven that it works, and “can even be easier than LNG.”

Finally, talking about LNG, Mr. Xydas mentioned that the funding and incentives for LPG are fewer than LNG, which could have made a big change: