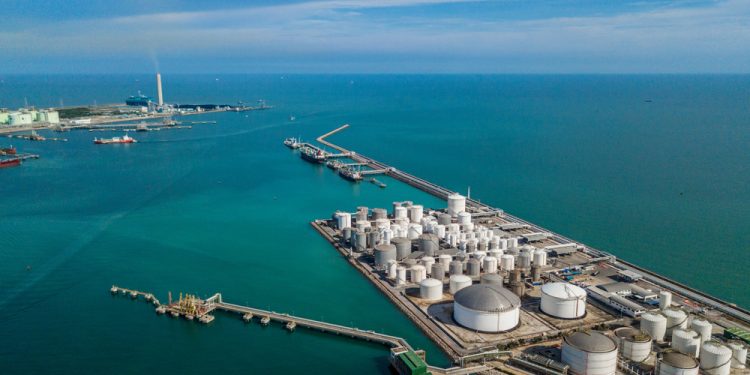 Methane slip and stranded value are two key factors impeding the adoption of LNG as an attractive solution to shipping decarbonization pathway, according to two recent, separate studies, which have spurred a debate regarding the role of LNG in the maritime sector in the near future.

Increasing LNG demand, along with supply constraints, caused gas and LNG prices to remain volatile throughout 2021, according to Shell LNG Outlook 2022. Global trade in LNG rebounded strongly in 2021, with LNG trade increasing by 21 million tonnes (6%) compared to 2020. A report released by ICCT last month projected that demand for LNG is expected to triple between 2019 and 2030 in the EU.

A UCL report shows a boom in the ordering of LNG vessels over recent years, with 65% of the newbuilding deliveries by 2025 being capable of running on LNG as a marine fuel, up from only 10% a couple of years ago. Last June, MSC Cruises and Chantiers de l’Atlantique carried out sea trials for the MSC World Europa, which is expected to become the largest LNG-fueled cruise ship when it enters operations in November 2022.

However, the size of the LNG-capable fleet (by cargo carrying capacity and number of ships) is currently small, therefore there is still time to anticipate regulatory and technology developments with respect to LNG in shipping, the report adds. As of January 2022, LNG vessels comprised 4% of the existing global fleet and 30% of the global newbuild orderbook in gross tonnage.

Why has LNG been seen as an attractive fuel alternative for shipping?

Amid pressing climate challenges, the widely discussed advantages of LNG as a marine fuel include a proven SOx and PM emissions reduction, a more mature technology than other fuel options, its existent availability, growing infrastructure, economic production, and easy transportation. For instance, as LNG boils off naturally during transportation, it made perfect sense for LNG carriers to use this boil-off to power the vessel instead of burning it off or wasting energy on reliquefaction, explained Kaj Portin from Wärtsilä. However, an increasing number of findings seems to suggest that LNG is not the solution that shipping has expected.

Methane slip is the main argument of those who stand against LNG as a potential solution to decarbonization. Methane slip refers to the escape of methane gas from LNG production, processing, transport, operation or combustion, and is of primary concern due to its increased Global Warming Potential (GWP) over other GHG emissions. For example, methane emissions in the atmosphere can trap solar radiation more than CO2, a recent ABS paper highlighted.

Because of upstream methane leakage and downstream methane slip, even when using 100% renewable LNG, absolute methane emissions from LNG-fueled ships would double from 2019 to 2030, a report by ICCT showed, suggesting other fuel options, like green methanol, as more attractive solutions. Responding to these findings, SEA-LNG, an industry coalition advocating for LNG as a viable marine fuel, said that the ICCT data are out of date and based on old engine technologies, failing to take into account the engine technology development that is increasingly addressing methane slip.

Meanwhile, a new UCL study, released at the Marine Money conference that took place during New York Climate Week, showcased LNG as a fossil fuel that can delay shipping’s zero-emission transition by highlighting the risk of stranded assets linked to LNG in shipping. The report stressed that investments in LNG as a marine fuel could waste nearly $1 trillion of capital by 2030 and that $850 billion is at risk of being stranded by 2030 if the industry continues investing in LNG to power ships.

The risk of stranded value means that shipowners and financiers should consider not ordering LNG-capable ships and investing in conventionally fueled ships which are designed for retrofit to zero-emission fuels, the report concluded.

Responding to these findings, SEA-LNG said the study ignores the fact that LNG dual-fuel engines already provide ship owners with insurance against stranded assets, as they can burn traditional marine fuels. This is what they are currently doing in Europe as a consequence of the unprecedented spike in LNG prices. The coalition also presented the risks of other green fuel options, such as ammonia which is highly toxic and offers half of LNG’s energy density, and thus would create significant regulatory challenges for integration in the near future.

The near future for LNG in shipping

So far, LNG has been seen as an immediately available steppingstone to shipping’s long pathway to decarbonization. The European Commission has already acknowledged the role of LNG by including the fuel in its taxonomy for sustainable activities, provided that fossil LNG is gradually replaced by carbon-neutral alternatives by 2035.

At the moment, a great deal of research is focusing on how to address methane slip, the main argument of LNG opponents. A study released by Queen Mary University of London (QMUL) last June showed that engine methane slip emissions can be reduced by operating engines at higher loads. In addition, a recently launched project, named GREEN RAY, seeks to develop three solutions, including two on-engine technologies and one after-treatment technology, to reduce methane slip from LNG in new and existing ships.

Following the release of the two reports, SEA LNG published a new study finding that liquified bio-methane (bio-LNG) will be among the cheapest sustainable alternative marine fuels and has the potential to significantly contribute to maritime decarbonization. More specifically, the findings suggest that pure bio-LNG could cover up to 3% of the total energy demand for shipping fuels in 2030 and up to 13% in 2050. Amid contradicting estimates on LNG, the magnitude of its role in the maritime decarbonization challenge is expected to be seen.