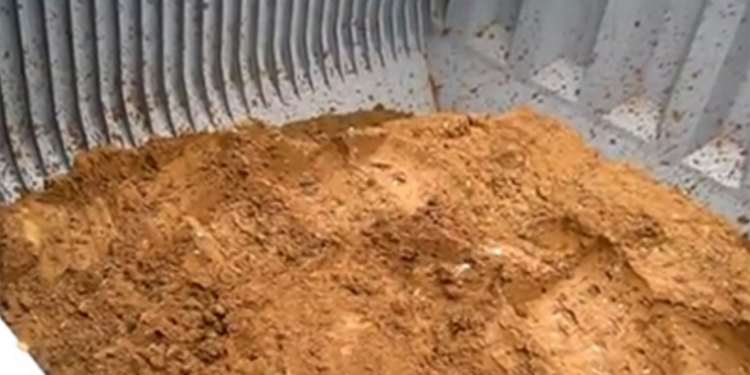 Cargo liquefaction remains a key concern for shipping safety, with a total of 70 lives lost in 5 casualties between 2012-2021. This accounts for 76.1% of the total loss of life in shipping for this period, according to INTERCARGO.

Currently, IMSBC Code (2020) defines Group A cargoes as “cargoes that may liquefy if shipped at a moisture content in excess of the transportable moisture limit (TML)”. An expected update to IMSBC Code will differentiate between mechanisms of cargo and stability.

This definition is about to change to “Group A consists of cargoes that possess a hazard due to moisture that may result in liquefaction or dynamic separation if shipped at a moisture content in excess of their transportable moisture limit”.

Why does cargo liquefaction risk persist?

Liquefaction can occur slowly over time or instantaneously without warning. Lack of knowledge and perception of risk are a key cause that cargo liquefaction keeps accounting for loss of life at sea, experts heard during a dedicated Britannia P&I Club webinar that took place last September.

Masters and ship operators should be aware that for a number of reasons, the true condition of cargo may differ from the declaration, and they may need to act accordingly,

The shipment of all cargo starts with the shippers’ declaration, noted Dr. Ken Grant, Director, Minton Treharne & Davies, Singapore. If the cargo is declared as Group C, the visual appearance can be important. Does the cargo consist predominantly of lumps? Are these lumps enough for the cargo to fall under Group C? Clearly, you cannot answer this question just by looking at the cargo. Even if it consists predominantly of fines, it may still fall under Group C.  In any case, asking to see the independent test report is vital, explained Dr. Grant.

“If the cargo has been declared as Group A, you will be presented with independent TML and moisture certificates. If it is declared as Group C and has moisture, it should raise concerns, as Group C cargoes should not have moisture. If your cargo does appear wet, you have an option of a can test. If it fails, you cannot ship it.”

Problems with can test

This means that the can test cannot tell if the cargo is IMSBC compliant.

If you are aware of these limitations and you are getting ‘pass’ results on your can test, then you need to ensure that you are doing thorough testing. What you need to do is take samples across the whole surface area of the cargo and also dig below the sundry material. You need to carry on this procedure throughout discharging,

-If the can test result is satisfying, the crew should still remain vigilant and check for any evidence of cargo splatter.

-An alternative option to a can test -or the next step after the can test fails- is to sample and test the cargo that gives a more definite answer. Under the Code, the shipper is required to provide access to stockpile sampling and testing.

-If this test shows that moisture is above TML, you do not load the cargo. If it passes, you still need to remain vigilant. If it starts raining during the loading you can ask to see the shipper’s moisture management plan, this is a mandatory document the ship must have onboard.

-If the cargo is safe/compliant regarding the risk of liquefaction, no question of dangerous cargo will arise, rights of off-hire will be harder to resist (i.e., the vessel will likely be off-hire), and delay by the Master in loading will not necessarily be an actionable breach.

-If the cargo is not safe/compliant, questions of dangerous cargo will arise, no rights of off-hire are likely to arise, claims by owners for indemnity can be pursued and delay or refusal in loading will likely be justified.

The Master’s right to delay

Under the Houda (1994) rules, the Master is entitled to a reasonable time to assess the cargo before agreeing to load it, provided that there are reasonable concerns that the cargo may liquify, according to Colin Chung, Fleet Manager, Britannia P&I, Singapore. Delay may be justified by: