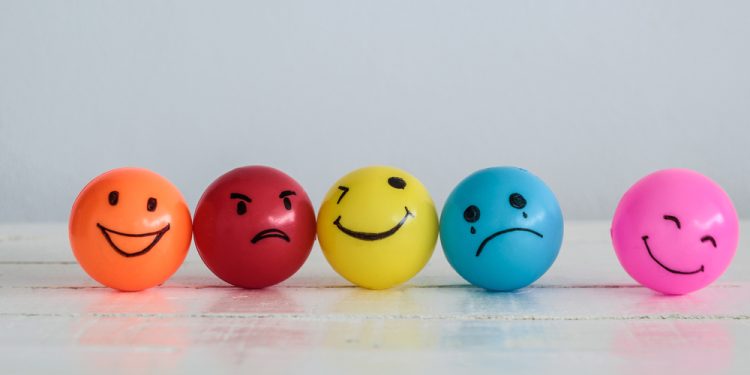 Every person is unique with their own personality characteristics. Sometimes, these interpersonal differences at the workplace can impede efficient communication, leading to toxic work environments. Author and life coach Tony Robbins says that collaborating with different personalities is a skill and an art, but how can we conceptualize personalities and make the best out of our differences?

Current psychology research suggests there are five basic dimensions of personality, commonly known as the “Big Five” personality traits. These five primary personality traits are known as the acronym OCEAN, for openness, conscientiousness, extraversion, agreeableness, and neuroticism. The OCEAN model supports that, regardless of gender, age or nationality, all of us are made up of 5 basic traits. But let us take things from the beginning:

This means that personality is a big part of who we are and that it is really uncommon to have two exactly the same individuals. The difference in personalities at the workplace can inevitably lead to communication struggles and possibly misunderstandings among team members. Having an idea of the different personality traits can be a useful way in order to conceptualize these interpersonal differences and resolve any issues.

Openness: People who tend to be high in the trait of openness are characterized by curiosity and creativity. They seem more willing to embrace new ideas and novel experiences. People with lower openness tend to resist change and dislike anything new.

Extraversion: As the term itself implies, extravert people are more outgoing, talkative and expressive. They enjoy meeting new people and have wider social networks. On the contrary, people with lower extraversion are more introverted, with limited energy to devote to social settings.

Agreeableness: This refers to people who are willing to compromise their own needs in order to please others. People with high agreeableness usually confuse pleasing people with kindness. An example of lower agreeableness at work is a tendency for competition and maybe manipulation.

5 signs you are a ‘people pleaser’

Neuroticism: This personality trait is identified with anxiety and emotional instability. People with less neuroticism at work are typically the ones less stressed, generally stable and resilient.

The O.C.E.A.N. model in business

The O.C.E.A.N. model is a useful psychological model to describe the personality traits of an individual, which can vary across the spectrum for each measured trait. The OCEAN model indicates several factors predicting a person’s workplace social behavior and performance.

Business leaders, who know their employees’ personality characteristics, including “strengths” and “weaknesses”, can use these to help their employees and keep them motivated. However, the O.C.E.A.N. model has been criticized for oversimplifying personality traits by excluding the potential impact of culture and gender on the individual.

-Get to know each person on your team: The more you are aware of each person’s abilities and needs on your team, the more efficient the team becomes.

-Embrace empathy: Leading a team with different personalities requires tailor-made interactions based on each individual’s personality.

-Build a culture of respect: When personality differences trigger disrespectful behavior in the workplace, the environment can turn toxic.

-Start from YOURSELF: The first and most important step in order to engage others with respect is to respect yourself and be aware of your own value.

-Prioritize the common goal: Even when not agreeing, everything that you do with your team is for the sake of an ultimate goal. Teamwork entails being able to overpass any differences and make the most of each person’s diverse characteristics.

-Don’t take it personally: it is common and expected to feel hurt when others do not value our opinions but communicating efficiently with different personalities at work requires us to be able, sometimes, to distance ourselves from others’ behaviors.