Is nuclear power the future of shipping? 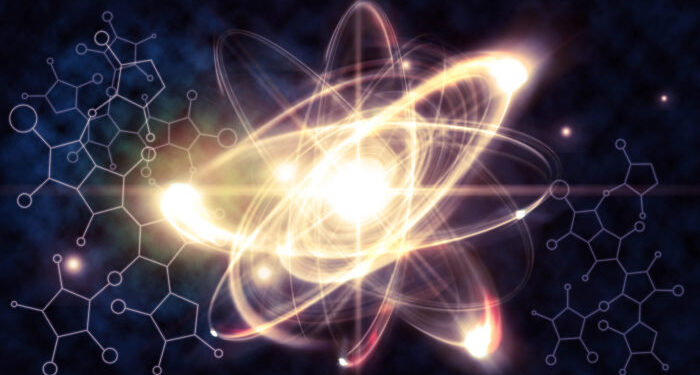 In 2019 everyone in shipping was waiting for 2020 and the introduction of the 2020 sulphur cap. 2020 came and in spite concerns that shipping would not be able to comply with the regulation, the majority of ships actually complies. New, green fuels, like LNG and hydrogen have sure helped, as well as scrubbers. However, the need for further decarbonization is getting bigger and bigger, and the answer may be lying on a rather controversial solution: nuclear power.

Without a doubt many people have linked nuclear power with negative situations: Hiroshima and Nagasaki, Fukushima, Chernobyl, are three of the most prominent nuclear accidents that shocked humanity.

However, the truth about nuclear power is somewhere in between. Of course with the wrong handling nuclear power can prove to be devastating. But, if used correctly and with safety, it can provide immense benefits for global decarbonization.

So, can nuclear power apply to shipping? And if yes, how is it possible?

By using nuclear power – and taking as a fact that no accidents take place – ships will not emitting any emissions, as it there are no SOx, NOx, CO2 or particulates.

In fact, nuclear power is millions of times more power-dense than fossil fuels, as well as popular alternative fuels, like methanol, ammonia and hydrogen.

Without a doubt, nuclear power can ensure shipping reaching IMO’s 2050 greenhouse gas (GHG) reduction ambition. In fact, the carbon savings from nuclear powered ships is best demonstrated by comparing similar sized ships. We currently have a great deal of experience with both conventionally fueled ships and nuclear powered ships. The United States Navy alone has over a hundred nuclear reactors that power 86 submarines and aircraft carriers, producing electricity, heat and propulsion.

Besides fuel savings, nuclear powered ships go about 50% faster than oil-fueled ships of the same size. For the shipping industry, the increased number of runs per year, and the increased profits, appear to more than offset the increased operational costs of nuclear, according to an analysis by researchers at Penn State.

In addition, currently nuclear power is not included in the Energy Efficiency Design Index (EEDI), meaning there are absolutely no barriers for using it.

Considering the above it comes as no surprise that, the IMO is considering small nuclear reactors, similar to those that have made Nuclear Navy successful. Just like the Navy, the big shipping fleets have very large ships that require a hug amount of fossil fuel.

The environmental benefits of nuclear power are undisputable, however it is not widespread for various reasons.

One of them – perhaps the most important – is how the public sees nuclear power, as it is not accepted yet.

Nevertheless, the barriers do not stop to public perception, and they are practical as well. Namely, the International Atomic Energy Agency (IAEA) has stated that the main problem nuclear power has is radioactive waste disposal and accidental release of radioactivity. Such accidents can be really catastrophical for everyone involved.

More specifically as IAEA explains, nuclear reactions can produce enormous energy, which with wrong handling will definitely lead to disaster. What is more, nuclear waste is able to cause severe contamination of the water, destroying marine life, and as a consequence human life as well.

What is more, the movement of the sea, and especially rough sea, can also cause problems. This is because the protection of a nuclear power unit in sea is much more difficult than in land.

Another important factor to consider is the personnel or passengers on board. Being too close to a nuclear reactor is extremely dangerous. This is the reason why, researchers suggest following certain recommendations published by the International Commission on Radiological Protection (ICRP), regarding the maximum permissible radiation doses. More specifically, if a reactor exists on a ship, all crew are automatically considered radiation workers”, and they must not be exposed to more than 5 rems per year.

The amount of radiation is much less for passengers, as they must not be exposed to more than half a rem per year. However, taking into consideration that passenger accommodation would be away from the reactor, it would be impossible to be exposed to half a rem on one trip that lasts no more than four months.

This set of rules refers to a detailed and comprehensive Code of Safety for nuclear merchant ships, which the IMO Assembly adopted in 1981. It would have to be updated to reflect new technologies, but it should overall cover them.

Examples of nuclear power in ships

In an attempt to promote nuclear power in shipping, Bill Gates launched an initiative that offers the possibility to adapt nuclear technology to future commercial maritime propulsion.

However, this is only the most recent attempt of adapting nuclear power to shipping. Namely, during the last decade, several companies have developed small-scale nuclear reactors with output comparable to large commercial ships. For example, Toshiba has created an installation of 10MW output, while another company, Hyperion focused on developing an installation of.

However, the key to the uptake of nuclear energy may be ‘’Thermal Storage Technology’’. Namely, there is evidence indicating that it can provide a massive life expectancy. But how does this technology works?

Well, onboard heat-of-fusion technology produces steam, offering ships a few hundred miles of operational range. The heat-of-fusion vessel could be a power generator to be towed by a large ship to which it provides electrical power in order to activate ship-mounted electric motors that drive propellers. The towed vessel could also include a small nuclear generator.

In addition, a stationary nuclear power station will be able to provide recharge energy to a large-scale stationary thermal storage installation. However, there is the potential to alter the technology and include thermal recharging from mobile nuclear reactors installed in a towed vessel. This will lead to onboard stored battery electric power, that would provide short-distance low-speed sailing to large ships.

So, if nuclear energy was to work onboard a ship it would have to the Gates-inspired 345MW reactor, which will be working on nuclear fuel rods, along with radiation-free fusion thermal power.

This solution would enable vessels to operate short-sea shipping service, between ports where thermal energy storage is also available. For this reason, ferries will be especially benefitted. Moreover, the majority of short-sea shipping operations involving thermal energy storage would use a large tug pushing and navigating a large barge. As for trans-oceanic shipping, the use of a nuclear reactor would be restricted to routes where navies could provide security from pirates.

Finally, security would be a major factor to consider, as any danger would prevent sailing nuclear powered commercial vessels via dangerous areas, such as the southern region of the Red Sea, and Gulf of Guinea.

For this reason, any future nuclear-powered trans-Pacific commercial shipping would likely involve transshipment operations at the Philippines, Taiwan or Chinese ports located east of Hong Kong.

Finally, for big ships that require more than 80MW of main engine power and carries a 345MW nuclear reactor, it would need a convoy of up to 5 ships in order to be supplied with propulsive electrical power.