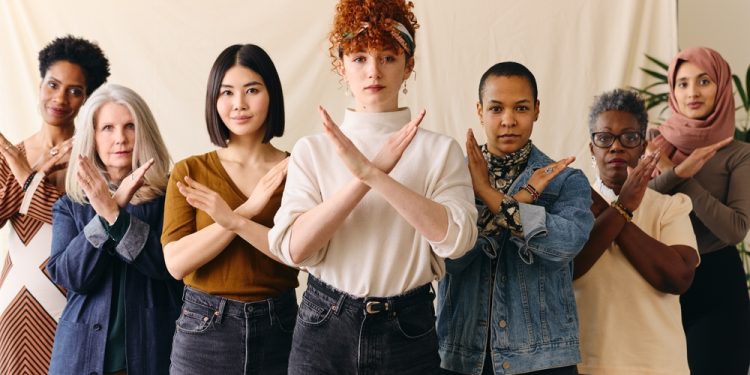 Amid a constantly increasing discussion on the importance of gender diversity and inclusion, #BreakTheBias was selected as this year’s International Women’s Day theme in a bid to highlight that, whether deliberate or unconscious, bias makes it difficult for women to move ahead. And while growing discussion sheds focus on the issue, knowing that bias exists isn’t enough, action is also needed to level the playing field.

Gender bias in the workplace describes the tendency to prefer one gender over another. Everyone holds unconscious beliefs about others, which stem from our natural tendency to organize social worlds by categorizing. Unconscious biases influence a vast majority of people’s decisions, in a way that may hold organizations back. By proactively ensuring a diversified management, an organization can guarantee a wide array of viewpoints, and help avoid biases when it comes to hiring and promoting people.

Apart from the ethical necessity of gender diversity, there are also tangible proven benefits for business in terms of profit, something which has been clearly stressed by IMO Secretary General and several relative initiatives that the organization has taken to boost gender diversity in recent years. To remind, it has been less than five months since the IMO Council decided to establish an International Day for Women in Maritime, to be observed on 18 May every year.

How is bias holding women away from shipping?

While it is unclear if this is the only reason that keeps women away from shipping careers, the fact that maritime is traditionally seen as a male-dominated sector cannot be overseen. Apart from seafaring, which employs only 2% of women globally, women onshore constitute 40% of shipping employees, but, of them, only 1% are on top management positions. Latest available data from Spinnaker Global in 2021 revealed that women occupied only 5% of maritime leadership positions.

A recent study published in Marine Policy journal confirmed that women and minority groups are especially exposed to bullying and harassment at sea and a contributing factor to this is the fuzzy boundaries between work and private life on ships where the crew work and live together, often for long periods at a time. The study also revealed that not much has changed since the first study on the topic in 1995. Today, the number of people being bullied and harassed at sea varies between 8% to 25% of all seafarers and over 50% of all women seafarers. Lack of action is another major factor keeping women away from shipping careers, said Mrs. Zoe Upson, Founder of Women Together initiative, in a recent interview to SAFETY4SEA.

The EU recently took the lead on the matter, with the President of the European Commission urging activation of the EU legislation aimed at boosting women’s representation on companies’ boards. The proposal of the directive on gender balance in boardrooms took place as early as 2012 but did not move forward facing opposition from several EU countries, including Germany, that argued in favor of a national-level approach on the issue. However, Ursula von der Leyen is optimistic that the legislation could move forward within 2022. In an official address, she cited research findings proving that companies that embrace diversity are more successful, in business, politics and the society as a whole, and especially when looking at top positions.

“It has been 10 years since the Commission proposed to set a target of 40% for women onboard of publicly listed European firms. For 10 years, our efforts to put in place a European legislation have been blocked. Ten years of voluntary measures have not brought the change we need. The glass ceiling remains firm in place at the top of European companies. If we look beyond boards at the top leadership positions, just 7% of the largest European companies are led by a woman,

Too often, when looking at top positions, men say that it is hard to find women with the right profile.

Well, if you are seriously looking for them, you will find them.

Time to break the glass ceiling.

I will push to ensure that our proposal on Women on Boards becomes EU law. pic.twitter.com/O0azjELt87

Boards are one thing; it is the knock-on effect that matters. As more diverse boards hire more diverse CEOs, who, in turn, hire more diverse managers. That’s what comes. Legislation works. I will push, as President of the Commission, to ensure that our proposal on women on boards becomes EU law,

To help visualize and spread the word of this year’s theme, the International Women’s Day official page calls people to

We hear men say that it is not possible to find women with the right profile. Well, if you are seriously looking for them, you will find them,

“We hear men say that it is not possible to find women with the right profile. Well, if you are seriously looking for them, you will find them,