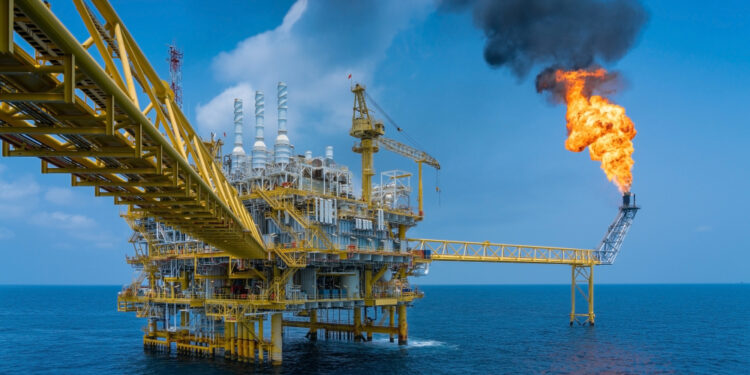 The contradictory reputation of the oil and gas industry is hardly a new topic, but an expected boom in the rise of oil and gas projects has recently created concerns about the future of decarbonization for the world to meet its ambitious climate targets.

In order to mitigate the adverse effects of climate change and preserve a liveable planet, global temperature increase needs to be limited to 1.5°C above pre-industrial levels. Currently, the Earth is already about 1.1°C warmer than it was in the late 1800s, with global emissions continuing to rise. In a bid to keep global warming to no more than 1.5°C – a global deal known as the Paris Agreement – emissions need to be reduced by 45% by 2030 and reach net zero by 2050.

However, a recent investigation by The Guardian shows that current plans include 195 “carbon bombs” -defined as giant oil and gas projects that can each bring at least a billion tonnes of CO2 emissions throughout their lifetimes-, with 60% of these having already started pumping, and with the US, Canada, and Australia accounting for the biggest expansion plans and the highest number of carbon bombs.

The oil and gas plans in numbers

The Guardian’s investigation found that:

The oil and gas sector post-COP26

Remember the contradictory COP 26? Last November, the major UN Climate summit in Glasgow, also known as COP 26, left mixed feelings about the effectiveness of the future fight against climate change, with the 197 parties failing to agree on a tangible outcome for reducing shipping emissions, but agreeing to include the word “coal” in their concluding decision, under the name “Glasgow Climate Pact”

This was an important outcome as coal is the dirtiest fossil fuel, responsible for over 0.3°C of the 1°C increase in global average temperatures. This makes it the single largest source of global temperature rise. According to ClientEarth, oil releases a huge amount of carbon when burned – approximately a third of the world’s total carbon emissions. Meanwhile, the oil and gas sector is responsible for about 60% of the world’s fossil fuel emissions.

However, the text language of the agreement was watered down following a last-minute intervention by India, a traditionally major polluter. While the Pact initially called for “phasing out of unabated coal”, it then became “phasing down”. This is what made the COP 26 President fight back tears and apologize, and some of the world see the meeting as a disappointment.

But even though the tangible outcome was considered weak, there was a general recognition of the importance of coal as a key point of focus in the climate fight, an outcome that affects also the future of shipping as well as oil and gas. Even though there was a side agreement for the shipping sector, there was no mention of oil and gas in the COP 26 final deal.

The UN says that replacing polluting coal, gas, and oil-fired power with energy from renewable sources, such as wind or solar, would dramatically reduce carbon emissions. In addition, a 2021 forecast by IEA also showed no new oil and gas fields approved for development in its net-zero scenario for the global energy sector by 2050.

Meanwhile, the latest IPCC report, released in April, found that limiting global warming will require major transitions in the energy sector, including a substantial reduction in fossil fuel use, widespread electrification, improved energy efficiency, and the use of alternative fuels (such as hydrogen). The report noted a 0.3% decrease in the rate of GHG emissions from 2010 to 2019 thanks to the ambition shown by governments so far, but highlighting the urgency to cut emissions at a faster pace.

This reflects that the transition from oil and gas to more sustainable solutions cannot occur overnight but requires urgent action by both governments and the sector to begin. For example, as COP 26 showed, it is questionable whether/when countries will agree on a unified approach against emissions or whether/when the developed countries -traditionally more polluting- will support the developing countries in the transition to a less polluting future.

“Oil and gas giants and their underwriters are…on notice. You cannot claim to be green while your pants and projects undermine the 2050 net-zero target and ignore the major emissions cuts that must occur this decade,

…said UN Secretary-General António Guterres on the occasion of the IPCC report release.