How leadership impacts social interaction onboard

by The Editorial Team
in Maritime Knowledge, Seafarers, Social 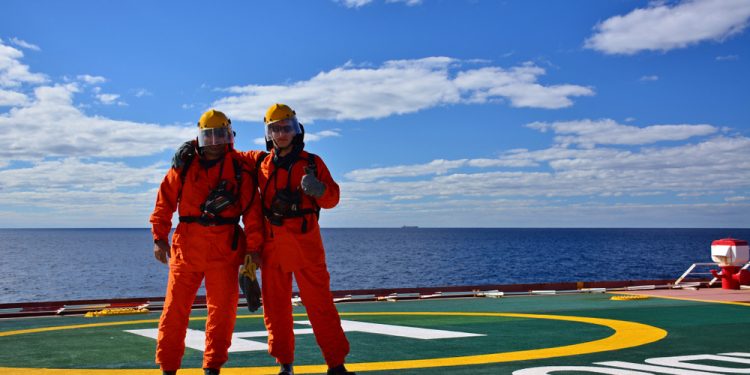 A recent survey by ISWAN identified poor leadership as one of the main barriers to social interaction among crew members onboard, at a time when the challenges set by COVID-19 have already redefined seafarers’ socialization.

Socialization onboard: The problem

The nature of seafaring means that crew members are working away from home for long periods, finding it difficult to remain in close contact with family and friends. This has unveiled the encouragement of positive social interactions among crew members as an important priority across the industry for several years now. However, long working hours, smaller crews, and cultural differences mean there can be barriers to socializing with shipmates. Also, seafarers being in the same space together is not enough to guarantee that they are socializing with each other.

Book Review: How justice can strengthen trust in any organization

Latest ISWAN research, which took place as part of the Social Interaction Matters (SIM) Project, found, not only that social interaction is important for seafarers’ mental health, but also that engaged and visible leadership, which displays empathetic people skills, is vital to provide ‘permission’ for the crew to participate in social activities.

More specifically, an ISWAN survey earlier in the year, that aimed to investigate the barriers and drivers of social interaction onboard, reflected an overall feeling among seafarers that the onboard culture is naturally driven by their Master and the other senior officers.

“…this is the onboard culture set by the senior officers and whether they were encouraging people to get together, allow time for that to happen, and put some emphasis on people actually interacting with each other,

…explained Dr. Kate Pike of Field-Research, during a webinar devoted to the preliminary findings of the survey.

“The survey findings and telephone interviews have really demonstrated how important leadership is to crew wellbeing. It is clear that, if senior management really fosters interaction, there are many benefits to productivity and performance, as well as the contentedness of the crew.

During the ISWAN webinar, Dr. Pike described a real-life case during the COVID-19 times of how just one leader’s actions can really make a difference in the mood and motivation of the whole team onboard, as well as their relations and interactions.

“The captain was pushing lots of extra measures to help his crew get together to make sure that they were okay. He would do daily briefings; he got his way to communicate with the crew every day about just the latest updates. He never left them in the dark about anything as much as he could and the feedback from his crew was really a feeling of being part of something “being in it together”. And they responded very well to that; they socialized more because of it. And when the captain left that ship, he was replaced by a different voice and the spirit went down completely. There was a new captain who didn’t do most of those things and this changed the whole mood onboard. And that’s how easy it can be; just one person’s influence.”

Socialization and Wi-Fi onboard

Internet onboard is a key issue of division in shipping, especially after COVID-19 that redefined virtual communication and at a time when free Wi-Fi access is a major demand among younger generations of seafarers, who see connectivity as a need rather than a luxury. The feeling of controversy was also highlighted in the ISWAN research, which however showcased that technology can also be used for, or as part of, social interaction:

“We…had lots of examples about how people have interacted with others onboard through gaming, through Xbox…Whether they are sitting next to each other doing that or even in their own cabins, they are still in some way actually interacting with each other through the gaming elements inside of Wi-Fi,

What can ship leaders do to boost social interaction onboard?

Following the latest research findings, ISWAN recommended the appointment of a voluntary Social Ambassador onboard every vessel to help convene social activities and promote crew engagement. In addition, it advised that:

“If you have a senior management team that really fosters social interaction, really cares about the crew, and using good leadership skills and knowing that crew perform better and happier if just those small measures are taken -just investment in human beings-, these really make all the difference to people’s relations with each other and the working environment in general,