by Panos Zachariadis
in Emissions, Opinions 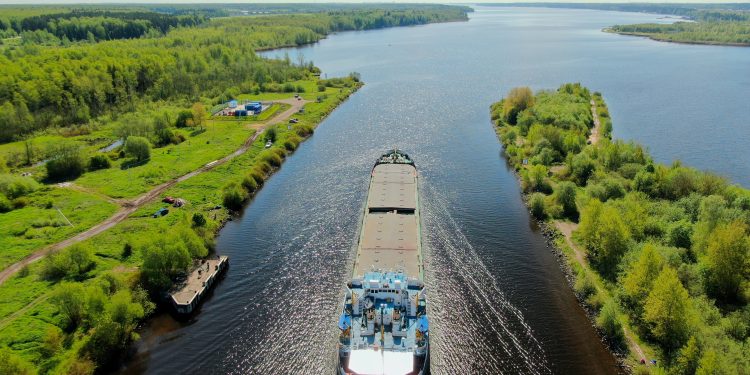 The upcoming entry into force of the EU ETS and CII regulations, part of the ambitious EU environmental agenda aiming to reduce emissions from shipping, is expected to redefine the current landscape of communication between shipowners and charterers, argued Mr. Panos Zachariadis, Technical Director, Atlantic Bulk Carriers Management Ltd., during the 2022 GREEN4SEA Forum that took place in late April.

The EU Emissions Trading System is an existing part of the EU’s policy to combat climate change and constitutes the world’s biggest emissions trading system, but plans for inclusion of shipping emerged in 2019 as part of the newly elected Commission President’s agenda named “European Green Deal’. Under the EU ETS, a cap is set on the total amount of certain GHG emissions that can be emitted, and companies receive or buy emission allowances which they can trade with one another as needed. If the shipping company fails to surrender the right number of allowances by April 30 of the following year, it will be fined 100 euro per tonne of CO2 not accounted for. The measure will be introduced gradually from 2023 until 2026.

The EU Emissions Trading System is part of the European “Fit for 55” package which aims at 55% greenhouse gas reductions by 2030 from 1990 levels. The package involves all industries, now also including shipping. Usually, when an industry is first inducted into the ETS, there are some free allowances, but this is not the case for European shipping, where there will just be a gradual coverage of emissions from 2023, noted Mr. Zachariadis. As such, 45% of the regulation allowances will have to be submitted in 2023, 75% of the total allowances will have to be submitted in 2024 and 100% in 2025, when the regulation goes into full effect.

EU ETS expected to affect shipping trade in many ways

#1 Commodity flows will favor shorter trips, as trips to the EU will be costly and that cost will fall on the European consumer.

For every day within the European Union, the cost will be at these 85 dollars per ton 9500 extra. Imagine a long trip from Asia to Europe. We’re talking about huge costs, that will change shipping in many ways. I think commodity flows will change favoring shorter trips, so for example, nobody’s going to carry grains from Australia or even from USA to Europe anymore and everybody would want the Russian and Ukrainian grains

#2 Non-EU countries that happen to be close to Europe (such as Turkey) may become EU import-export hubs.

#3 There will be huge administrative burden, especially for the small shipping companies.

#4 Owners will be requesting from the charterers, if they are on a time charter, the cost of the CO2 allowances in advance.

“As soon as the charterer orders the ship to a European port, the owner may say “okay can you please give me so many allowances or so much money for me to buy the allowances?” And longer-term time charters may have a submission of allowances from charterers to owners at regular intervals, such as monthly and I’m in a position to know that the BIMCO charterparty clause that is being prepared specifies something like regular submission intervals. Because you understand if the money that’s owed is left for the end of the charter it might be a very huge amount and the owner may be in very difficult position if the charterer doesn’t pay up at that time.

The last point leads to another big question, Mr. Zachariadis continued: “What will happen if a big ship manager, one of those big ship managers that manage hundreds of ships, does not receive the allowances for one of his managed ships, because either the owner or the charterer went barely up? “

The answer as the regulation stands now is that all the managed ships by this manager will have a problem with the regulators, because the regulation is not ship specific; it is manager specific. So either the manager himself will have to fork the money for the allowances or all the ships and the management will be targeted by the EU

Moving to the latest regulations adopted during the IMO’s contradictory MEPC 76, Mr. Zachariadis noted that EEXI (Energy Efficiency eXisting ship Index), a measure related to the technical design of a ship and introduced by the IMO to reduce GHG emissions of ships, is pretty simple; it is just a limit to the maximum power of the ship and is a one-time change. However, this is not the case for CII, an operational index based on the Annual Efficiency Ratio (AER), which is quite complicated as it is based on the formula “fuel consumption divided by distance traveled”.

So what happens when a ship is under charter? Every year, he noted, the ship has to be in the C-range, otherwise there will be trouble, which means that both the owner and the charterer must keep track of the ship’s performance, at least after every trip is completed, in order to be able to adjust performance for the next trip. This means that, in the beginning of the year that the slate is clean, a charterer may be able to order the ship to go full speed, i.e. at 14 knots or whatever the full speed of the ship is, but towards the end of the year, the charterer cannot do this; they will have to reduce the order speed by such an amount as to allow the ship to remain within the sea territory.

So the whole relationship between owner-charterer will have to change. It has to be an open data transfer from the owner to the charterer to show him why he cannot order the ship to go at the speed that he could order before. And, of course, you need true cooperation by both parties going forward and I think that’s a major change. It is a complicated issue.

…Mr. Zachariadis said, concluding that “The charterers will have to start educating themselves into regulations that apply to ships, in particular CII, and I know that also the BIMCO clause on CII is trying to build up this relationship between owner and charterer.”

Above article is a transcript text of Mr. Zachariadis presentation during 2022 GREEN4SEA Forum.

Panos Zachariadis is a Mechanical Engineer (BSc) and Naval Architect (MSE) from the University of Michigan with a 38-year experience in shipping. He has served for years as Marine Superintendent in New York, after periods of shipbuilding supervision in Japan and sea service in bulk carriers and oil tankers. He is Technical Director of Atlantic Bulk Carriers since 1997 and a member of the Greek Delegation to IMO since 2004, having contributed to the development of several well-known regulations (e.g. GBS, PSPC, FSA) and the prevention of others (e.g. double hull bulk carriers). In cooperation with major Korean shipyards he has applied numerous energy saving ideas, some of which have become industry standards. He is a member of Technical Committees of several classification societies, UGS and Hellenic Chamber of Shipping, BIMCO Marine Committee, BoD HELMEPA and MARTECMA. He has been honored with the 2011 Efkranti award for his contribution to Greek shipping, the Hellenic Shortsea Shipowners Association 2017 Maritime Personality award, the 2017 Lloyd’s List “Achievement in Safety or Environmental Protection” award and the 2019 Green4Sea Personality Award.