Air Lubrication: How blowing bubbles under ships can reduce emissions

by The Editorial Team
in Maritime Knowledge, Technology 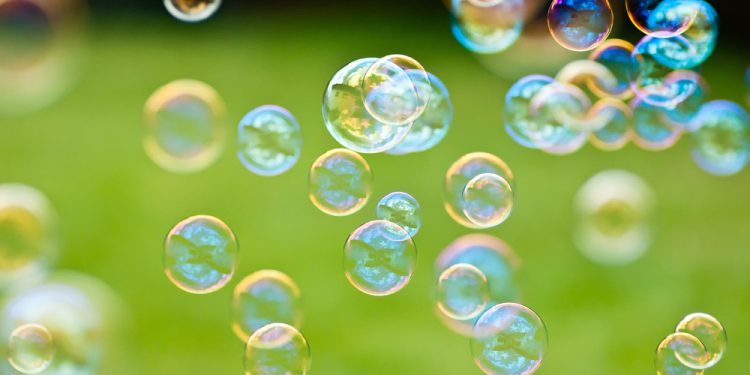 Amid the increasingly stringent environmental regulations globally, shipping has been integrating several innovative ways to improve efficiency and reduce its emissions. One of the less known ways to reduce fuel consumption and consequently lower emissions is air lubrication. But how does this work exactly?

What is air lubrication in shipping?

Known as a technique already from the 19th century, air lubrication describes the deployment of a uniform carpet of air to lower the frictional resistance between the hull of a vessel and the water. This leads to a natural phenomenon called ‘shearing’, where the interaction of water and air in the air release units (ARUs) generates a carpet of microbubbles that covers the full length of the flat bottom of a vessel, explained Noah Silberschmidt from Silverstream Technologies to North Club.

These microbubbles measuring 1–3mm in diameter, are generated by air release units (ARUs) in the bottom of the hull, they are uniform in size and do not merge or collect. The system is usually not affected by weather conditions and does not negatively impact the normal operational profile of the vessel.

What are the main components of an air lubrication system?

The benefits of an air bubble lubrication system

Emissions reduction: An air lubrication system under ships’ hulls creates a thin film of air bubbles between the hull and the water. This reduces the friction between the two surfaces, so it reduces the amount of fuel the ship must burn to maintain its speed, which increases the efficiency of the ship, leading to a reduction in the ship’s emissions. Depending on the vessel type, CO2 emissions can be reduced by 5-10% net, according to Mr. Silberschmidt. This helps Improve the Energy Efficiency Design Index (EEDI) for newbuilds and the future Energy Efficiency Existing Ship Index (EEXI) for existing vessels.

Noise reduction: It is known that underwater noise deriving from ships produces sounds that interfere with the ability of marine animals to hear the natural sounds in the ocean and consequently survive in their natural environment. An air lubrication system under ships’ hulls can help reduce underwater noise by replacing the traditional water lubrication system with a layer of air bubbles. This air layer acts as a cushion between the hull and the water and reduces the drag created by the friction of the hull against the water. This in turn reduces vibrations and the noise generated from the ship’s engine, resulting in less underwater noise.

Hull fouling reduction: The accumulation of aquatic organisms such as plants, animals, and micro-organisms on the surfaces of ships -also known as biofouling– has been identified by the IMO as a major threat to the world’s oceans as the transfer of invasive aquatic species to new environments via ships threatens the conservation of biodiversity. The air bubbles of an air lubrication system create a protective cushion between the hull and the water, which helps to reduce the adhesion of marine organisms. This reduces the build-up of biofouling, which is a major cause of increased drag and fuel consumption.

Norwegian classification society DNV has identified air lubrication as one of the emerging technologies, along with wind power and hull and machinery measures, that are expected to help newbuilds to enhance their efficiency and reduce energy consumption.

The technology has attracted the attention of several companies already. In 2021, Wartsila cooperated with Silverstream technologies to install an air lubrication system on a trial basis on a large container vessel owned by A.P. Moller – Maersk, the world’s largest container vessel operator. More recently, cruise giant Carnival, owning Carnival Cruise Line, Princess Cruises, P&O Cruises, Costa Cruises, AIDA Cruises and Cunard, among others, announced it would implement the system on ships across all of its brands.

But while the idea of injecting air between the ship’s hull and the moving water sounds simple, air lubrication is challenging in practice and there is still a lot of research needed for the technology to be officially integrated as a green alternative for shipping. For example, a potential change in the air bubble diameter could affect the air bubble distribution under the ship’s hull, so it is necessary to ensure that the bubbles are of the same diameter and are well distributed beneath the hull.