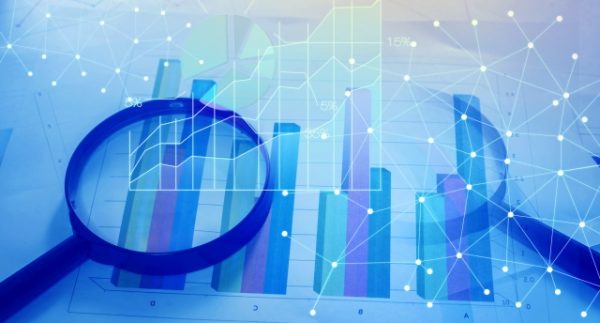 Sharing the strengths of digitalizing onboard data, he concluded that fuel performance is different in theory and in practice, given that the majority of vessels are old, and that digitalization needs planning in order to be effective.

Although, fuel management which is one of the biggest costs on a ship along with crewing, is very complicated, fuel monitoring is one of the areas where you can really apply digitalization.

First of all, essentially, digitalization means not having too much man input into the activity itself. There is a very strong misunderstanding with the concept of digitization and digitalization. If I print something on an PDF format, that is not digitalization; I’m simply digitizing a piece of paper. On the other hand, digitalization is the use of digital technologies to basically extrapolate data automatically and analyze them.

The problem is when you try to do this onboard a ship and basically you want to connect and extract the information. There is a very strong missing point, especially on the engine automations and that is standardization since nothing is standardized in an automation plan. 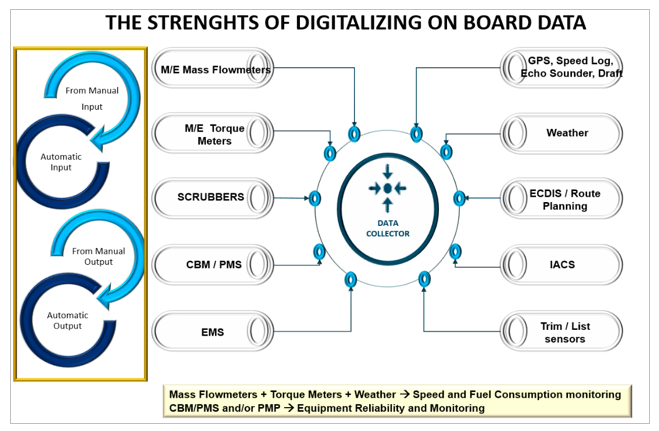 We have been lucky enough in the navigation area, we almost all the times use the same protocol to transfer data but when it goes to the engine room essentially, there is a mess because there are 22 different protocols and every protocol basically can use a different data stream. When you try to connect whatever data collector you want to install onboard, you basically have to run one ship after the other and you get different data or different data streams from each one of them.

So, if I take for instance just the fuel monitoring part and go into the automatic data collection, lots of people may think that this is very simple; they actually think that digitalization means that instead of having an analog reader onboard, there is a digital reader.

To talk about fuel management, two specific items are vital: the flow meters and the TOC meters. Without these two, there is no fuel management; you are simply back to the basic of sound meter with the analog ways of always measuring how the fuel is being consumed.

When a new flow meter is installed, very often when we go onboard, they say it is digital. But it doesn’t have a digital output and again it simply means that it has digital reader, which is not what we are talking about.

To give you a real-life example of a job that we are doing on a very large fleet of tankers, divided into three countries, 140 ships and the kind of readiness that we had to do: We went to every single ship and analyzed the automation plan, the TOC meters and the flow meters that they had. Remember that if the engine is big enough, it needs at least two flow meters per each engine, not only one, because you have to measure also the return flow.

We had to analyze each one of them, we had to ask the crew to write to us which kind of flow meter, which kind of talk meter they had. At the end of the examination of the whole fleet, we find that only one fleet was pretty ready. 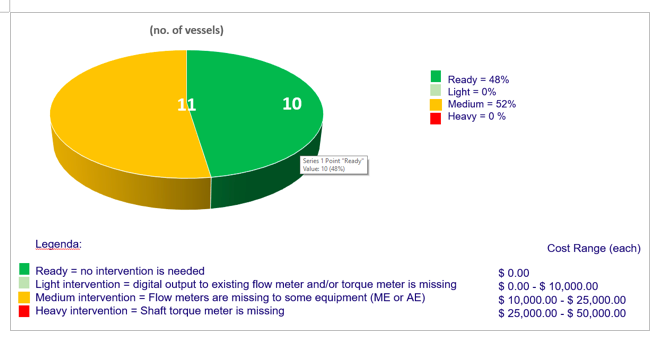 When we analyzed the need of the fleet to buy and install hardware to become ready for real digitalization, of fuel monitoring, we reach 1.5 million dollars, and that is excluding the labor work of installing every single element even if the vast majority of them can be installed by the crew.

Of course you may say is it worth it? Of course, it was very worth with where the oil was $60 dollars a barrel and $130 a barrel. I really don’t know if it’s worth it at $30, I presume it is because you are saving 3 to 5 % of consumption.

If you start looking very deeply into fuel monitoring, considering also that inside the look of fuel monitoring you have to check on pilferage wasters and the kind of little trick that suppliers can do at times when they provide fuel.

Certainly, you will still probably need three to five people onboard, but all the maintenance will still have to be carried out when the ship arrives at shore, which is a little bit what the aeronautical industry is doing.

The other important part is about the standardization. Aeronautical industry has been able to fly all over the planet in a very automated way because they standardized everything. In shipping , we have standardized nothing. We don’t even have a standard known reporting system, yet every ship does it but every company does it in a different way. 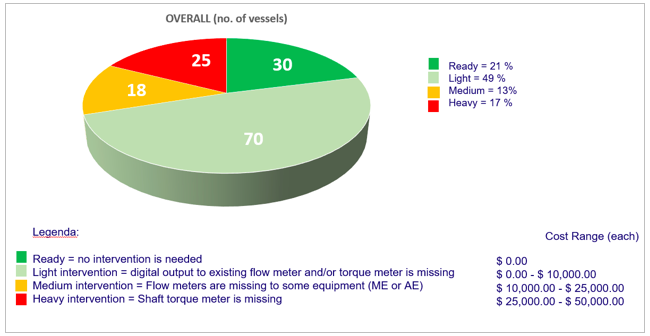 Concluding, keep in mind that shipping is not entirely an industry which can move forward unless we understand what we need to do in order to be able to move forward with digitalization.

Above article is an edited version of Mr. Giampiero Soncini’s presentation during the 2020 SAFETY4SEA Limassol Forum

Joined the Italian Navy in 1971, graduating Electrical Engineering at Pisa University in 1979. From 1979 to 1985, involved in the construction of the “Maestrale” Class Frigates.

In 1986, joined NATO Research Centre, involved in the construction and the management of RV Alliance.

In 1998, became MD of the SpecTec Italy, specialized in Fleet Management Software.  SpecTec Group CEO in 2005. He has a Honoris Cause degree in Public Administration by the US Massachusetts Maritime University. In 2016, after Volaris Canada acquired SpecTec, became Volaris Marine Division Director.