Fire Detection on board ships: Key things to consider

by The Editorial Team
in Loss Prevention, Maritime Knowledge 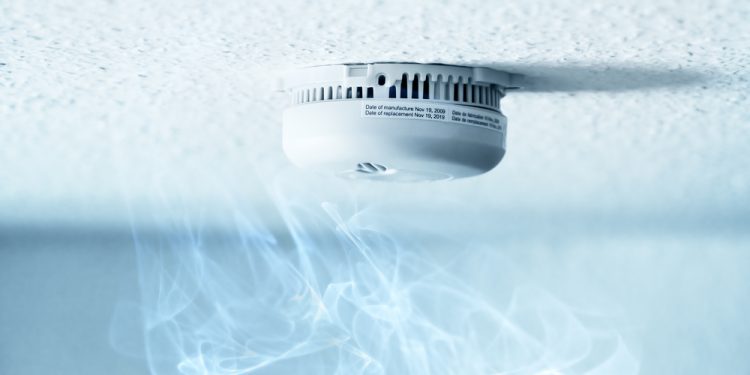 Time to respond to an emergency on board is a vital factor and in case of a fire incident, time limits are further limited. For quick response, it is vital to identify the emergency immediately. As such, a fire detection system on board proves to be a helpful mean.

Each fire included the following four stages of development :

If there is no warning or false warning or poor reaction at the first 2 stages and fire reaches flashover point developing the maximum temperature, then the odds of stopping the fire are lower.

A typical fire detection system on board involves sensors (fire/smoke/heat) and an alarm panel (both in fire station and on bridge). Fire/smoke/heat detectors are designed to provide a visible and audible alarm on the vessel to indicate the location of a fire. The detectors throughout the ship are wired to a fire control panel that provides visual and auditory alerts and possibly alarms in other parts of the vessel as well. Additionally manual alarm boxes have been installed on board, giving the option to crew to manually raise an alarm. Standardized fire patrols are also an additional mean of detection, specially on large or passenger ships.

Key actions when a fire is detected:

The detection system will warn (both audibly and visually) for the starting of the fire, indicating the space and the fire zone. This is the first control measure and barrier to avoid reaching stage 3. However, there are some issues that several times prevent the system to perform as required. Most of such issues involve human interference.

In that regard, detectors should be adequate for the space (Flame/Smoke/Heat), well maintained and tested. If a detector is not working properly no alarm will be initiated. Considering this, it is forbidden crew to cover detectors for any reason, i.e. in order to avoid alarms due to a specific work or for smoking in a no designated areas.

Another issue is the alarm panel installed on board. SOLAS requires a series of items for fixed fire detection systems. However, in some cases due to maintenance reasons, or inadequate training the panels create false alarms. Crew in order to avoid false alarms may ignore or just acknowledge the alarms without further investigation. In essence, the crew on board gets the so called alarm fatigue ignoring any alarm. However, this can create serious delays to the identification of an emergency, the notification of the rest of the crew and puts at stake the immediate response in a serious situation.

In order to avoid aforementioned failures, crew members onboard are required to follow the rules/regulations and industry’s best practice:

The safe operation of large, modern vessels relies on automatic fire detection systems to quickly alert the crew so that they can take prompt and effective action to extinguish a fire before it takes hold. However, in a past UK MAIB case, the wrong location on the bridge alarm panel resulted in a 20-minute delay. Thankfully, it was merely an exhaust gas leak. Had it been a serious fire, the delay in fighting it – with either fixed or portable fire-fighting systems – could have placed the safety of the vessel and the lives of those on board at serious risk.  As such, routine inspection of onboard fire-fighting equipment is part of life at sea, and periodic checks of the ship’s fire detection system are central to this process.  However, as the past UK MAIB case revealed, checking that the fire sensors alarm is only one aspect of the test; the crew should also confirm that the location is accurately displayed and recorded.