by The Editorial Team
in Shipping, Sustainability 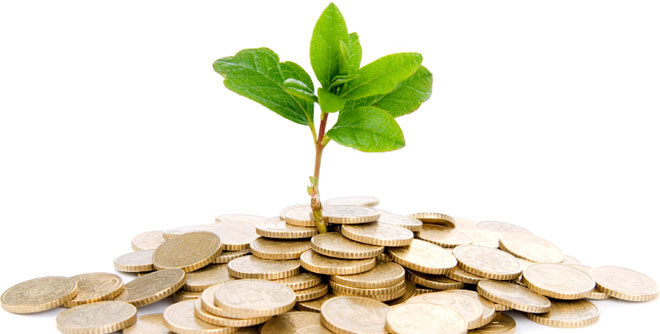 As the global community becomes more interested in- and aware of- the devastating impacts of climate change, more and more industries have shown a shift towards environmentally-friendly solutions. This could not leave the financial sector unaffected. But how financial institutions form part of the green transition?

The Paris Agreement that took effect in November 2016 was the very first ground-shaking indication that a global transition to a low-carbon economy is not only inevitable, it is urgent.

In the maritime industry, the fast-approaching 2020 sulphur cap, as well as the recent example of the initial IMO GHG strategy, which foresees an unprecedented drop of ship-related related GHG emissions by at least 50% up to 2050 compared to 2008, have also reiterated the need of decarbonization within the industry.

These recent developments were a few only indicators that it is time for businesses to embrace environmental solutions in their operations, which significantly impacts global finance.

Climate risks in the financial sector

The G20’s Financial Stability Board has identified three climate risk categories for the financial sector:

As financial institutions cannot afford to be outside of the transition path to low-carbon economies, they seem to drain more funds into green projects than ever before.

Green finance refers broadly to the financing of investments that benefit the environmentally sustainable development: Reducing water, land and air pollution, encountering the global challenge of climate change and promoting energy efficiency from natural resources, among others.

Business must play a leadership role in creating solutions that protect the environment and grow the economy. This global investment leverages the firm’s resources and our people’s expertise to make our operations more energy efficient and provide clients with the resources they need to develop more sustainable products and services,

In general, green bonds are an important part of the solution against climate change. A green bond raises finance, such any other regular bond but is specifically intended to support environmental -related projects, such as renewable energy, clean transportation, climate change adaptation, pollution prevention, etc.

The European Investment Bank was the first issuer of a climate bond in 2007, followed by the World Bank’s first labelled green bond in 2008. Since then, many public and private entities, comprising companies, cities, banks and financial institutions, are issuing green bonds, which not only helps the planet but also significantly contributes to the involved entities’ reputation. 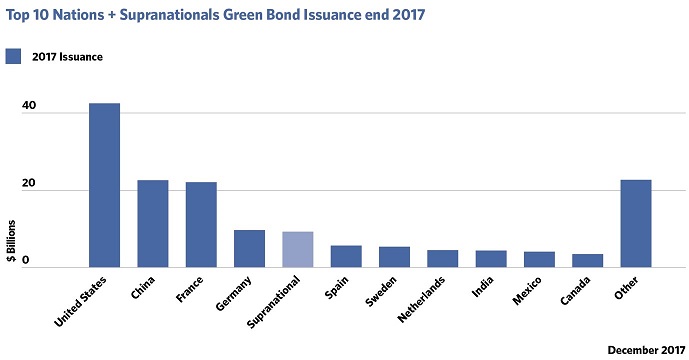 Climate change presents risks and opportunities in both emerging and advanced economies, which paves the way for behavioral changes for the financial institutions that cannot afford to be outside of the transition path to low-carbon economies.

With the green bond market remaining at a 2-3% of global bond issuance, it is understood that more is needed, but these recent steps by major financing players are a positive a step forward.

As the impact from—and awareness of—climate change increases, it is important for financial institutions to have a clear strategy for mitigating climate risks and developing climate business portfolios. The road ahead is not always straightforward, but it is already open, with room for additional innovation