Feeling fatigue at sea: The importance of seafarers’ wellbeing 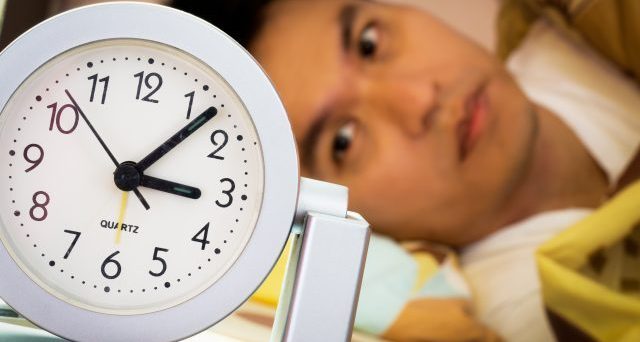 Working onboard a ship is a routine; Seafarers – regardless their ranking – live, interact and sometimes perform functions in the same place. Fatigue can trigger sadness and vice versa while active engagement in social life onboard has a real and positive impact on seafarer’s welfare.

Emotional exhaustion can arise when someone experiences a period of excessive stress in their work or personal life. Constantly feeling tired, overwhelmed, or unable to focus are signs of mental fatigue. The most common symptoms include mental block, lack of motivation, irritability, stress eating or loss of appetite and insomnia. Therefore, investing in seafarers’ wellbeing is more important than ever to make them feel satisfied with their work and daily life onboard.

Lately, the maritime industry has made significant efforts to address ways that can improve seafarer’s health and wellbeing. The action of several initiatives such as P&I Clubs’ PEME Programs, ISWAN Seafarers’ Help as well as Sailors’ Society, Apostleship of the Sea and The Mission to Seafarers are supporting crews’ wellness of a number of vessels in various locations around the world.

How happy are seafarers when at sea?

Every quarter, the Mission to Seafarers gives voice to several people working on board to express their feelings in order to provide a general picture of the happiness levels at sea. The outcome is reflected on the so-called ‘Seafarers’ Happiness Index’ (SHI), which measures how happy people are about the various elements of their working life.

In essence, the index not only attempts to provide a picture of the real successes but also to highlight challenging areas within seafaring and deliver opportunities to improve and develop.

For Q12019, general happiness levels have fallen from 6.72 to 6.03. The seafarers who participated in the survey, talked of the significance of others when it came to their general happiness. In general, they suffer the effects of feeling far from home and their loved ones, and this is either soothed or exacerbated depending on their relationships onboard.

Surrounded by good people and supported by those ashore makes for a happy ship. There were a number who felt underappreciated, but over worked – which seems a toxic combination.

Once again, excessive paperwork was the target of a number of respondents’ frustration in latest SHI. Seafarers felt that far from assisting, often checklists and paperwork meant they were actually less effective in achieving goals. Namely, they complained that the paperwork created unnecessary stress. This was particularly prevalent when vessels were engaged in constant changes in trade, especially with spot cargoes involved.

There was also some frustration with companies who were continuing to have paper charts for navigation back up. One navigator spoke of the frustration at having two functioning ECDIS, but also paper charts as well.

6-on-6 off watch systems continue to be a cause of dissatisfaction and annoyance. There were numerous issues relating to hours of rest, and even Masters’ claimed that if they logged their time correctly then there would be constant violations.

#1 Seafarers’ interaction on board

Latest SHI showed a slight decrease with regards to interaction with other crew, however participants in the survey acknowledged that investing in welfare budgets has a big impact on crew morale. The impact of social events cannot be underestimated; seafarers repeatedly talked about how important it was to have events, such as BBQs, movie nights, table tennis or even videogame competitions. These opportunities to break the monotony, to chat with others and to break free of the work and cabin cycle are so important. Concerns are raised for those seafarers who are the only nationality within a mixed crew since several in this situation talked about the loneliness they faced and how difficult it was to get through their trip.

Seafarers were overwhelmingly critical of companies who either do not provide internet or call access, or who make it expensive or low quality. There is also dissatisfaction onboard when masters made the decision to remove or to limit access. Shipboard connectivity is a constant focus for seafarers; those with cost effective and good quality access are far happier than those without. Phone calls are still used, but less frequently.

Training is vitally important given that at all levels it affects the standards of safety, operations and effectiveness of crew. However, seafarers have widely divergent views; a number of junior officers said how much they appreciated the time and attention that senior staff gave them. Others felt let down by the fact that their company would pay for mandatory courses, but would often neglect simple training courses such as working at height.

It is beyond a doubt that a healthy diet means a lot for seafarer’s welfare. It seems that time and again diet, food quality and catering proficiency are foundations for a happy crew. Poor quality provisions, lack of adequate consideration for different cultures, and a lack of imagination and diversity of choices make meal times a hit or miss.

Time constraints, workload and even commercial pressures are further eroding the access and opportunities for seafarers to access shore leave.  Namely, the report refers to a response by one seafarer who said it was now standard procedure on his tanker for shore leave to be banned during normal working, only during dry docking and refits were crew allowed off. This is deeply concerning as it goes against MLC,2006. Shore leave is clearly still a vital component of wellbeing and mental health.

Due to the fact that fatigue seems to be affecting seafarers’ wellbeing, resulting to maritime accidents, it is important to acknowledge the severity of fatigue and find solutions on mitigating risks. Therefore, the IMO Fatigue Self-Assessment Tool, which is included in IMO MSC.1/Circ.1598, aspires to support the seafarer in the identification of fatigue.

Consequently, the questionnaire below enables seafarers identify the level of fatigue they’re experiencing, while it also presents a clarification of the 3 levels of fatigue.