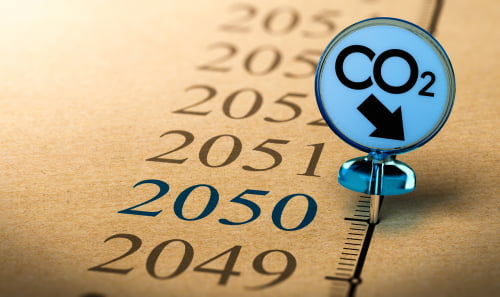 In January 2022 the European Parliament’s Rapporteur, MEP Peter Liese, published a new draft report on a proposal to revise the Emissions Trading System (ETS) Directive. The draft suggests several number of ambitious amendments to emissions trading for Maritime ETS, which will add pressure on shipping to switch to cleaner fuels. Overall, the industry had a mixed reaction to the proposals, and some actors made specific warnings.

Reporting on what the new recommendations are regarding the ETS, Watson Farley & Williams, an international law firm, noted that there are several important changes to the definitions, scope, phase-in periods and thresholds which are being proposed in the draft report:

#2 100% of non-EU emissions from ships calling at EU ports to be caught if IMO fails to introduce a similar global measure by 2028: As only 50% of non-EU voyages are covered in the original draft Maritime ETS proposal, the draft report recommends that the Commission and Member States should foster international cooperation to cover 100% of non-EU voyages.

#5 ‘Operation of the ship’ is now also expressly defined, and means “determining the cargo carried by, or the route and speed of, the ship”;

#6 The scope of greenhouse gases that would have to be accounted for by shipping companies could widen from 2026: The draft report calls for the Commission to assess and report to the EU Parliament by 31 December 2026 on the impact on the global climate of GHG emissions, other than CO2 and CH4, from ships arriving at, within or departing from ports under the jurisdiction of a Member State;

#7 Establishment of an ‘Ocean Fund’ is recommended to fund R&D into maritime decarbonisation, cleaner fuels, short-sea shipping and cleaner ports. The draft report recommends that this should be established from revenues generated from the auctioning of allowances in respect of maritime transport activities under the EU ETS and from penalties raised through the proposed FuelEU Maritime regulation.

Mixed feelings by the shipping industry

Reporting its own concerns, Danish Shipping noted that as part of the EU’s green legislative package “Fit for 55”, “FuelEU Maritime” and “ETS” could interact poorly with each other. As it explains, in the coming years, Fuel EU Maritime will require shipping companies to use more and more green fuel in their tanks, and ETS will set a price on CO2 emissions to increase the use of green fuels. The problem is that while FuelEU Maritime looks at all greenhouse gases and the entire fuel value chain, ETS only looks at the greenhouse gas CO2, and only at emissions during actual combustion.

In the same wavelength, the World Shipping Council says that the European Parliament’s lead MEP on the EU ETS proposes amendments to the ETS for maritime that put the impact and efficiency of the EU Green Deal at risk.

For its part, while ESPO welcomed the proposal to include shipping in the ETS, it warned that “due to the limited scope of the current ETS proposal, ships can find ways to avoid falling in the scope of the EU ETS, by rerouting and calling, where possible, at non-EU neighbouring ports in order to minimise costs.” In a similar development, INTERCARGO cautiously welcomed the proposal and supported the ‘polluter pays’ principle. Overall, the proposal for the ‘polluter pays’ principle was welcomed by the industry as INTERTANKO, ECSA and the Greek shipowners embraced this development.

However, a new Transport & Environment (T&E) study shows that over 25 million tonnes of CO2 are exempt from the EU’s proposed carbon price for shipping. Alongside exemptions for fishing and military vessels, ships such as those servicing offshore gas and oil vessels are also excluded, despite emitting more on average than bulk carriers and oil tankers. “This means just over half of Europe’s ships are exempt from the proposal, despite them accounting for nearly 20% of the EU’s shipping emissions,” said T&E.

It remains to be seen whether the proposed amendments to the current draft EU ETS will be adopted by the EU Parliament or whether further amendments will be made. It is hoped that this will become clearer over the coming months given that the inclusion of shipping into the EU ETS is expected to start from 1 January 2023, the North of England P&I Club mentioned.