Do you know what are the biggest ships of the world? 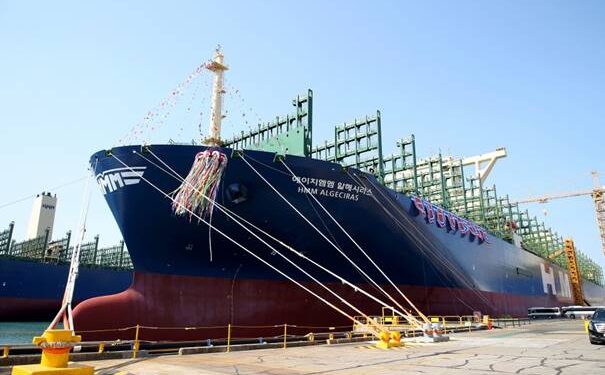 In recent years, mega ships are becoming a trend. Increases in size, length, and capacity are now very common. Today, some of the largest ships in the world come in the form of oil tankers, cargo carriers, and cruise ships. These ships are considered engineering milestones and help transport the world’s trade. Let’s take a look at what these ships are.

Ships come in various sizes, aimed for different tasks. For example, some naval vessels require large diesel engines for efficient long-distance container transport, while in order to transport more goods, containerships are becoming bigger and bigger. However, no matter the method of propulsion, or the capacity need, the engineering behind these machines is spectacular.

Now it’s time to take a look at some of the largest ships in existence.

HMM Algeciras is the world’s largest containership with 24000 TEU capacity. The Panama flagged vessel is 399.9 m long with 33.2 m depth. The ship has been constructed by Daewoo Shipbuilding and Marine Engineering.

It is one of the twelve 24000 TEU Class vessels eco-friendly container vessels that HMM plans, in order to enhance its environmental footprint.

HMM Oslo is the sister ship of HMM Algeciras. Constructed by Samsung Heavy Industries, HMM Oslo along with its sister ships made their maiden voyage in the year 2020.

3. Symphony Of the Seas

It is considered as a family vacation destination as it offers laser tag adventure, the tallest slide at sea and waterslides.

4. Harmony of the Seas

Royal Caribbean’s Harmony of the Seas, is the world’s second-biggest cruise ship. The third vessel in the series, was delivered in May 2016, and offers seven-night western Mediterranean cruises from Barcelona and Civitavecchia. The ship made its maiden voyage in June last year.

Some of the largest oil tankers still in operation are the TI Class supertankers. The Tankers International L.L.C’s fleet consists of the TI Africa, TI Asia, TI Europe, and TI Oceania.

There are fourteen Q-Max ships in circulation:

The 60-tonne catamaran cost 18 million euros ($24.4 million) to build and is the largest solar-powered boat in the world. The boat was successfully launched in 2010, after 14 months of construction.

One of the longest and heaviest ships ever built was an oil tanker known as the Knock Nevis. The Knock Nevis was a ULCC supertanker that was eventually featuring 1,504 ft (458.45 mt) with a gross tonnage of 260,941 GT.

In 1988 the ship was severely damaged and sunk in the Strait of Hormuz during the Iran-Iraq war, but was recovered and repaired, and later returned to active service under the name Happy Giant.

The USS Enterprise (CVN-65) was decommissioned in 2017 after more than 55 years of consecutive service.