Digitalization and efficiency can help shipping achieve its goals 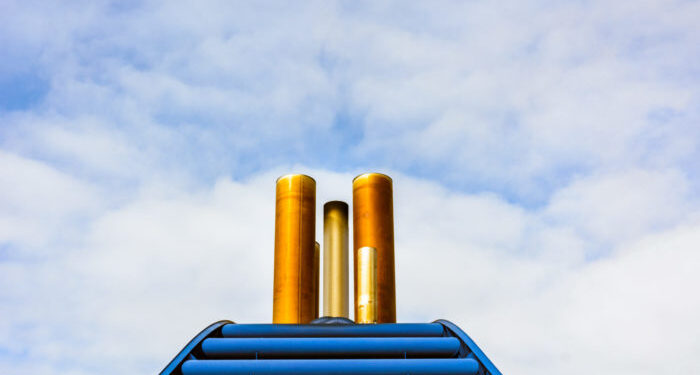 During an ABS event at the London International Shipping Week in early September, experts highlighted that the shipping industry needs to develop new maritime technologies that will assist in meeting its targets towards decarbonization by 2050.

Opening the event, UK Maritime Minister Nusrat Ghani noted that shipping is the most affected transport sector by shifting geopolitical trade, and technological trend. For this reason, the UK maritime industry is making efforts to establish cleaner and smarter ways of working. It also invests in technology that will lead to better efficiency. Overall, shipping needs tangible action on clean technologies and fuels to thrive in a changing world, focusing on innovation; digitalization, can help shipping towards that end.

Today, the maritime industry is at the start of a daring voyage of disruptive change. Daring because its ultimate goals are both clearly stated and clearly unattainable, for now. We know where we want to go and have only the tools to begin the journey, but our own history tells us that, if we remain committed, we will eventually break the barriers that separate our vision from reality

He also added that carbon emissions reduction creates uncertainty, and the resent generation must establish solutions for the next generation to use them, in a time with many changes, such as:

Nevertheless, these changes, will eventually lead to 5 developments:

Decarbonizing an industry built on carbon

It is widely known that shipping was built on carbon, in which it still depends. So, is it possible to decarbonize it? And if so, what would be the most efficient way to do it?

Answering this question, CEO of JP Morgan Global Transport Andrian Dacy, said that the ESG goals will play a vital role. In fact, he believes that if a firm does not have an ESG strategy, then it would be difficult to gain capital.

In this aspect, he explained that:

Poseidon Principles support an ESG approach to lending and investing in shipping. Embracing ESGs is worthy, as it harmonizes regulation and commercial goals

For his side John Michael Radziwill, CTM CEO, noted that shipping is doing much better than other modes of transportation, such as trucks and aviation, but it can do much better if it adopts digitalization, efficiency and transparency.

He stated that such an effort will increase the cost of fuels, but it will eventually be standardized. In the long-term, shipping will improve its environmental footprint.

However, if he were to propose one measure that would help the industry reduce its emissions efficiently, Mr. Radziwill considers slow steaming to be the answer; slow steaming is a simple and efficient measure, which can provide solutions immediately.

Global Head of Wet Freight at Trafigura Rasmus Bach Nielsen added that slow steaming could provide a solution, as well as Just-in-time operation. The latter however, has a problem located on port level. Mr. Nielsen explained that if ships do not ‘get queued up, they might lose their position.’ For this reason, he characterized it as a ‘fantastic tool, but not yet doable.’

The industry should do more to reduce carbon emissions. Transparency is also important, but as the end-users will put pressure on the industry, the industry must pressure itself

What is more, tax on emissions could be a great tool, according to Mr. Nielsen. With that way, there will be a benchmark for the industry to look up to, and for different companies to compare their actions with others and get incentives to do more.

Alternative fuels – How feasible are they?

In the more practical aspect of decarbonization, the panel focused on alternative fuels, and tried to figure out if they are feasible for use by the current fleet, or what are their potentials are.

Providing his expectations, Mr. Nielsen considers that ammonia could be the fuel of the future. He explained however that the fuel ‘technologically is not there yet, and demand is low. In 2-3 years this could be possible.’

What is more, Mr. Wiernicki believes that a hybrid technology is necessary, but added that he sees more activity in LNG. As he said, LNG is a bridge solution, and currently its economics are more expensive than a vessel with scrubbers. Nevertheless, its operating expense could offset the CAPEX, as LNG has greater energy per ton efficiency than scrubbers, and less maintenance issues.

Speed optimization, compliant fuels, and just-in-time shipping can get us to 2030, but this combination, along with LNG will not get us to 2050. A hybrid solution is necessary, not just alternate fuels. But how you operate the ship, and digitalization can help

How can digitalization help the shipping industry?

Another key pattern throughout the event was the impact of digitalization on shipping and how the latter can leverage it to improve.

There was a consensus among the panel the new technologies will be able to help the industry achieve the majority of its targets, be it decarbonization or improving operations and safety.

Specifically, Mr. Radziwill believes that technology and digitalization will help in a major way. He added however that, ordering new ships, which are more fuel efficient, is not the solution. Instead, he suggested the industry to invest more and use the existing fleet to make it more efficient and environmentally friendly.

Additionally, new technologies could be an absolute game changer for shipping, according to Mr. Wiernicki. As he clearly put it, ‘If it weren’t for IMO 2020, we would still be talking about digitalization.’

­Despite the massive potential of making operations digital however, he added that current development in this aspect is incremental. In order to address this, companies should be based more on data to drive decisions, and find ways to include new technologies in shipping.

In the same wavelength, Mr. Nielsen considers digitalization to be a positive thing, with Mr. Dacy taking it one step further and suggesting that electronic portals can provide significant benefits.

How does IMO 2020 affects shipyards

Such a huge change, such as the 2020 sulphur cap, could not have left shipyards unaffected. In order to cope with this situation and with increased demand and changing technologies, many have merged.

As they are under pressure currently, Mr. Wiernicki states that consolidations are just shipyards’ attempt to adjust to the new situation, saying that they are natural, and they will in fact help the industry move forward.

Consolidation could not have come at a better time. They will drive new technologies, and they are needed for the industry to be successful

He added that as the new regulation will greatly influence ships’ design, with new fuels and technologies coming in, shipyards are expected to review their shipbuilding procedures as well.

What message would you give to Greta?

16-year-old climate activist, Greta Thunberg, has made the global spotlights recently, for her passionate speech during the UN Summit for climate change. Greta accused politicians and those in charge, for not taking enough action to address global warming. So, what would the panel say to Greta, to reassure her that they are focusing more on protecting the Earth?

Put a speed limit on ships

Push together with us, and will all push together, but change cannot happen overnight

Tax emissions and we will get there faster

For sustainability over a long period of time, we have to go through a radical change. It is not going to happen overnight, but patience can go a long way