COVID-19 as a digital accelerator: Smart options are the new normal 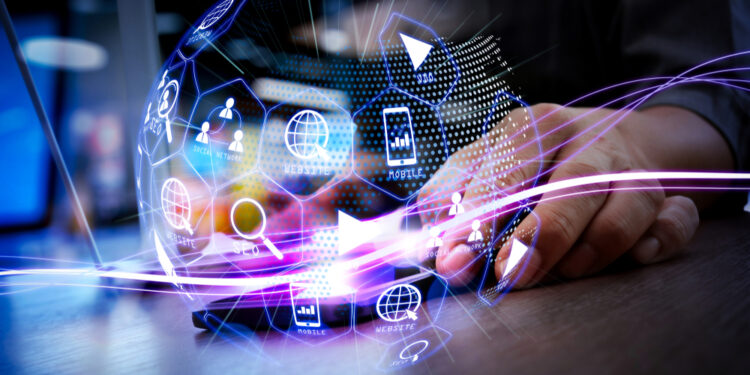 What has been the impact of COVID-19 as a digital accelerator, and what are the options that are becoming the new normal in the market? These are some of the questions answered in the latest SMART4SEA talk, which explored the key smart challenges in the industry, as well changes to maritime operations, along with increased digitalization.

The pandemic is ongoing and shipping is witnessing changes to marine operations along with an increased digitalization. Various maritime stakeholders are trying to adapt to the new reality, searching for new digital tools and solutions. In that regard several stakeholders choose digital alternatives to real life challenges.

Talking about the changes COVID-19 has brought to the industry, Giampiero Soncini, Chief Executive Officer, IB Marine believes that the impact has been positive because ‘’it’s forcing shipping to adopt technology at a much faster speed.’’

Shipping’s industry response has changed, while with social distancing and travel restrictions we all stay connected more than ever before

However, one specific positive change that COVID-19 has brought, is the promotion of digitalization. Almost all the panelists agreed that the pandemic has been a catalyst in the digital transformation.

COVID-19 has been a catalyst in the digital transformation procedure. On the other side, there is lack of inspections, while crew change cannot take place, but digitalization is a positive evolution

Focusing on the positive change that the global pandemic has brought to shipping’s digital journey as well, Simon Fotakis, Chief Technology Officer Tototheo Maritime, noted that shipping was forced to rely more on digitalization. Nonetheless, he urged that caution is necessary.

Despite the positive attitude towards the level of progress in digitalization, Mr. Soncini believes that industry needs more time towards.

Digitalization is about making everything standardized. However, we are not even close to that. I believe it would take 20 years before digitalization can be onboard ships

On the other side, giving a more positive note on digitalization, Mr. Fotakis argued that positive innovation highlights the sustainability in the industry and is an important aspect in this transformation.

One advantage is that many of the current ideas have already been tested in other sectors, while the new generations is more eager to work in the industry with tools with which are more accustomed to

As a result of the lack of the desirable digitalization progress, digitalization may not have become a part of shipping’s DNA. As Mr. Soncini explicitly explained: “If the pandemic stops this year everybody will revert to the way they used to work. Shipping has not accepted the new digitalization.”

Once again however, Mr. Fotakis provided an alternative and a more optimistic view on the matter since he does not believe that once the pandemic is over, shipping will revert back to its traditional ways:

If you were given a smartphone while you were sick, would you give it back after you are healthy? Probably not. With that example I wish to say that I do not see shipping reverting back to its traditional ways

Continuing the vivid discussion regarding the problems surrounding digitalization, another topic that sparked a great debate was the way shipping does business. Regarding this issue, Ms. Kanellatou believes that shipping must become less reactive and be more proactive, using intelligent solutions: “The gap that we eventually have is the lack of consistent and up to date information. All this is costly. The more time we have to prepare, the more efficient the operations will be.”

Nevertheless, Mr. Pescetto chooses to focus on another issue, that according to his opinion must change. This is the reason that shipping is a high regulated industry, as there is the IMO, the EU, the flag administrations etc., causing another burden for shipowners.

Closing the talk, all participants shared their views on how can shipping boost digital transformation. A more common working agreement is vital for Mr. Soncini, who highlighted the importance of standardization.

Collaboration however, will help shipping take the extra mile and carry out more efficient operations. In order for this to happen, Ms. Kanellatou believes that maritime must focus on human element while Mr. Konstantinidis urges for change in shipping’s mindset.

The mindset has to change, in order for the resistance to change. Companies today realize that if they don’t change their mindset, they will not survive

You may see the whole talk herebelow: