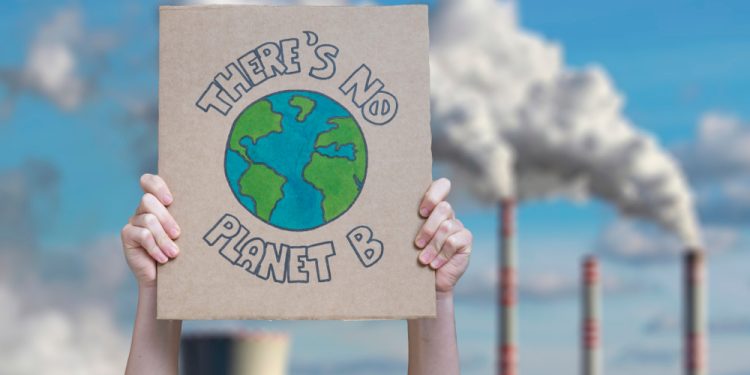 Global discussions have been increasingly emphasizing on the need for countries and businesses to become “carbon neutral”, as a key pathway to limit global warming in line with the Paris Agreement. But what does this “carbon neutral” mean exactly? And how can it help preserve the world as we know it for the generations to come, considering that we have lost 50% of all marine life over the last 70 years?

It was 12 December 2015 when a total of 196 global parties, representing states and associations, agreed on a legally binding international treaty on climate change, globally known today as Paris Agreement. The goal is to limit global warming to well below 2 (preferably to 1.5) degrees Celsius, compared to pre-industrial levels. To achieve this long-term temperature goal, countries aim to reach global peaking of GHG emissions -CO2, NOx, CH4 and others- as soon as possible to achieve a climate neutral world by 2050.

What is “carbon neutral”?

Carbon neutrality means having a balance between emitting carbon and absorbing carbon from the atmosphere in carbon sinks. Removing CO2 from the atmosphere and then storing it is known as carbon sequestration. Carbon sink is any system that absorbs more carbon than it emits. The main natural carbon sinks are soil, forests and oceans. According to EU estimates, natural sinks remove between 9.5 and 11 Gt of CO2 per year. To put this into context, annual global CO2 emissions were 38.0 Gt in 2019.

For instance, a shipping company’s “carbon footprint” refers to the amount of GHG it puts into the atmosphere. As it is impossible to eliminate carbon emissions from its operations, shipping has other options to become carbon neutral, such as purchasing carbon offsets. A carbon offset is a contribution to a sustainable project that companies purchase in the form of “credits” to offset their carbon footprint.

However, a recent report by GOES Foundation highlighted that, even if we became carbon neutral tomorrow, atmospheric CO2 would still pass 500ppm and oceanic pH would still drop below pH7.95, and all coral reefs would still dissolve anyway. The world has lost 50% of all marine life over the last 70 years, a decline continuing today at a rate of 1% year on year. The recently celebrated World Ocean’s Day reminded that we will not survive the total destruction of the oceans in less than 25 years. The current energy consuming model is not sustainable, which means that people are taking more from the ocean than can be replenished. UN estimates that currently 90% of big fish populations have been depleted and half of the world’s coral reefs have been destroyed.

Ocean acidification is a main consequence of climate change, among others such as extreme weather conditions, droughts, rising sea levels etc. It is a term used to describe the ongoing decrease in the pH value of the world’s oceans, caused by the uptake of CO2 from the atmosphere, which is having other widespread effects on marine life and affects biodiversity. Needless to mention, the main cause of ocean acidification is human burning of fossil fuels. According to data by GOES Foundation, the shipping industry accounts for the burning of 300 million tonnes of fossil fuels a year, 6% of which end up in the oceans every year.

It is estimated that, since the industrial revolution began at the end of 18th century, the pH of surface ocean waters has fallen by 0.1 pH units. This might not sound like much, but the pH scale is logarithmic -for every one decrease in the pH, the acidity increases by a factor of 10. As a result, this change represents approximately a 30% increase in acidity. According to the GOES report, ocean pH in the 1940’s was 8.2, but in 2020, pH had dropped to 8.04, indicating that the oceans are becoming more acidic.

Plastics make up 85% of marine litter globally and are even reaching people’s dinner tables through the food chain. The water industry reports microplastic removal rates of 98%, but even if 1% are discharged into the aquatic environment, it still represents trillions of particles. Data highlighted by GOES reported that there are now 21 million tonnes of microplastics in the Atlantic Ocean, and up to 7 particles in every litre of water, while 1 in 3 fish are reported to contain plastic.

It was summer 2021 when the IPCC report showed that many of the climate changes on Earth are unprecedented in thousands of years, and some of the changes already set in motion—such as continued sea level rise—are irreversible over hundreds to thousands of years. Even worse, latest data by IPCC show that, even if the world achieves net zero by 2045 -which seems unlikely for the time being- this reduction will not be enough to stop a drop in ocean pH to 7.95.

Indeed, GOES estimations show that, by 2045, pH will drop to 7.95 and 80%-90% of all remaining marine life will be lost. If the level of marine life (both plant and animal) is reduced, then the oceans’ ability to lockout carbon is depleted. This marks a shift of focus from the need to reduce carbon to the need of generally changing mindset towards nature.

The GOES team’s opinion is that this is a tipping point: a planetary boundary which must not be exceeded if humanity is to survive. No ecosystem can survive a 90% loss; the result is a trophic cascade collapse. We will lose all the corals, whales, seals, birds, fish and food supply for 2 billion people – an outcome worse than climate change,