The Maritime Authorities of the Tokyo and the Paris Memoranda of Understanding (MoU) on Port State Control issued the questionnaire that will be used during their joint Concentrated Inspection Campaign (CIC) on Emergency Systems and Procedures, to take place from 1st September to 30 November 2019.

Following last year's CIC on MAPROL Annex VI, this year’s CIC seeks to ensure compliance with the requirements for preparation of emergency equipment, as well as the crew’s ability to respond to emergency situations. A ship will be subject to one inspection under this CIC during the period of the campaign. 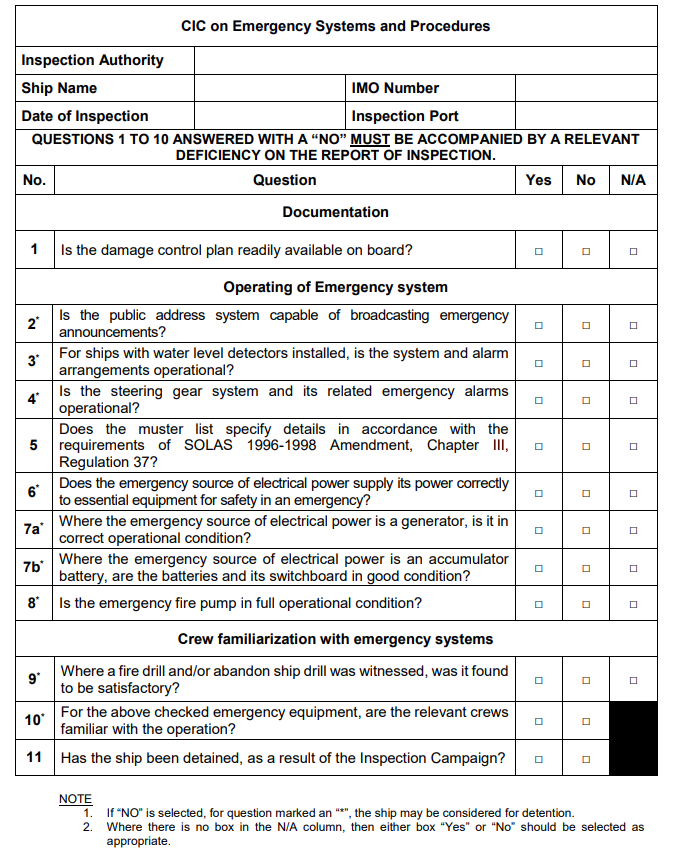 As informed, the main objectives of this CIC are to ensure that:

With respect to the above targets, operators and crews preparing for the upcoming CIC are recommended to:

Emergency systems were a key area of deficiencies identified during previous inspections. For example: