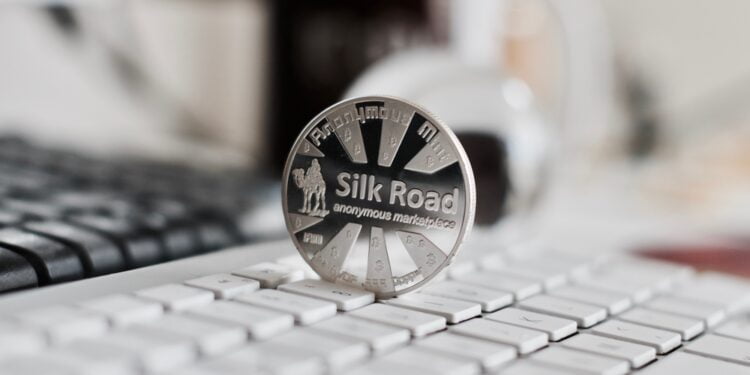 Trade along the historic Silk Road route could soon account for almost 40% of the world’s trade, with a large part being by sea. Almost a decade after launch of Belt and Road Initiative, one of the world’s largest infrastructure development projects, Beijing’s Digital Silk Road initiative, the digital strategy of Belt and Road, is increasingly attracting attention for affecting how shipping digitalization will evolve.

The Belt and Road Initiative, formerly known as One Belt One Road, is a global, long-term infrastructure development strategy, including both policy and investment programs, adopted by the Chinese government in 2013 to boost infrastructure and accelerate economic integration of countries along the route of the historic Silk Road. Being the centerpiece of Xi Jinping’s foreign policy, B&R was launched as one of the several regional and sub-regional initiatives aiming to develop better transport connectivity within Asia, such as the Association of South East Asian Nation (ASEAN) and the Central Asia Regional Economic Cooperation (CAREC) Program, among others. These initiatives seek to help address the infrastructure funding gap of an estimated USD 26 trillion through 2030, that the Asian continent is facing, according to data by the Asian Development Bank (ADB).

The project builds on the old trade routes that once connected China to the west referring to the entire geographical area of the historic “Silk Road” trade route. It is expected to complete in 2049, which will coincide with the centennial of the People’s Republic of China (PRC)’s founding. An in-depth analysis by The World Bank revealed that Belt and Road transport corridors could substantially improve trade, foreign investment, and living conditions for citizens in participating countries, given that China and corridor economies adopt deeper policy reforms that increase transparency, expand trade, improve debt sustainability, and mitigate environmental, social, and corruption risks.

Interesting facts about Belt and Road

AI in the workplace: How is shipping affected?

What is the Digital Silk Road?

In 2015, Xi Jinping added the D for digital to stress the importance of global connectivity and boost the internationalization of local tech companies. The Digital Silk Road is the technology dimension of China’s Belt and Road Initiative, which extends from the ocean floor to outer space, and enables AI, big data applications, and other strategic technologies. The B&R digital strategy is divided into four areas:

Thriving into the digital revolution, western societies often forget that half of the world’s population does not have Internet access. These are mostly people in emerging economies, which are the main part of the Belt and Road corridor. As emerging economies grow, China is increasingly gaining ground on commercial and strategic rewards in various of the digitalization areas mentioned above. It is reminded that, while Chinese tech companies face more scrutiny in the West, they are doubling down in emerging markets.

An area of concern is that this trend could inevitably mean that China will be attracting more and more participant economies to comply with its own digitalization standards, with unpredictable consequences for the maritime industry. For instance, when the country passed its Data Security Law, West countries were literally excluded from access to AIS data in its territorial waters.

A main point of the B&R strategy is connecting all ports along the route to a global supply chain under the same electronic communication platform. The key challenge here is traced in the ability to develop a standard electronic data interchange (EDI) which allows the different operational data systems to connect without security and sovereignty concerns. The Chinese model promotes a controversial for West standards IT network based on its own systems.

And considering the magnitude of the B&R project, that touches upon almost every critical maritime route, questions are raised regarding who will be in charge of shipping data handling in the near future, as well as how the opposition landscape of Chinese and EU regulations will be translated into the shipping operations.