Certificates needed for compliance with STCW 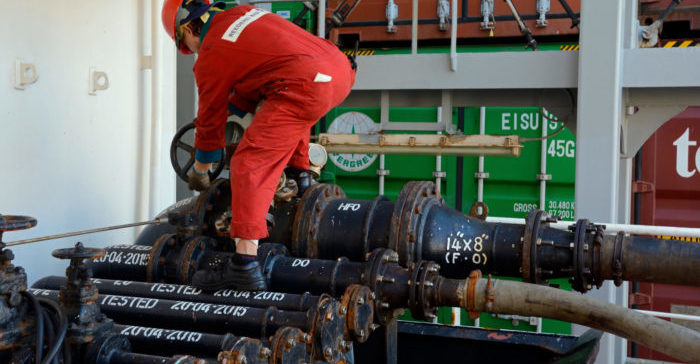 For STCW, official documents that prove crew members onboard have obtained the required level of maritime education and training, have professional competence for service at sea, the appropriate age and have undergone medical examinations are of outmost importance to ensure compliance with the Convention.

Read in the series:

As such, seafarers need to hold the following certificates to verify that all requirements of the convention are met:

As already mentioned, under the STCW Convention, all seafarers need to meet minimum standards of competence, age, medical fitness, and approved sea-going service. These standards are set by each national administration, but as a minimum, they should reflect STCW standards. The certificates that seafarers are required to hold depend on their rank, responsibilities on board, and the type of vessel.

Before any seafarer joins a ship, he/she needs to make sure that all valid certificates are in place. As such, to obtain an STCW certificate, he/she needs to successfully have completed a training programme approved by the issuing administration or to complete a period of approved seagoing service. For most certificates, a combination of both is needed. Certificates are issued once seafarers are able to prove their competence in and knowledge of the tasks covered and will be subject to inspection by the master, flag state and port state inspectors.

A document issued to masters, officers, radio operators and ratings forming part of a watch who meet the standards of competence relevant to their particular functions and level of responsibility on-board.

A document issued to masters and officers which endorses that the national certificate has been issued in accordance with all STCW requirements.

In 2010,  the amended STCW Convention adopted substantial changes in regulation I/2 to tighten up on the endorsement process, requiring that all endorsements are only issued by the administration on the condition that

Title of the certificates under STCW

To obtain an endorsement of recognition:

It is worth noticing that the way to submit an STCW endorsement of recognition varies from administration to administration while masters, chief mates, chief engineers or second engineers applying for the document are also required to demonstrate knowledge of the maritime legislation of the flag state issuing the endorsement.

These certificates certify that a seafarer meets STCW standards of competence in specific functions related to safety, care of persons, or cargo. Namely, they include certificates for personnel serving on certain types of ship (tankers, and passenger ships) and for those assigned with safety, security and pollution prevention duties.

This document is not necessarily issued or recognized by the administration; this is why it is not called ‘certificate’. For example, these can be documents issued by the shipowner or master of the vessel to attest that the seafarer has participated in a safety drill or has completed some type of training.

It is important to keep these documents since they are one of the accepted ways of demonstrating that seafarers have achieved proficiency in a given task (basic safety training, for example). Where such evidence is not available of on-board training and experience, they will be required to undergo a five yearly refresher course in personal survival and fire prevention and firefighting.

Whilst the security officer will require a certificate of proficiency, security familiarisation and security awareness are ship specific requirements that will require the seafarer to have documentary evidence. As is the case with the seafarer with designated security duties, it is the company’s or security officers’ responsibility to ensure crew are trained to the minimum standard within the amended convention and have the appropriate documentary evidence.